The world of observables can be intimidating for beginners. At least it was for me. It certainly took me a while to grasp the difference between cold, hot and warm observables and I would like to share the simple example that lit the light bulb in my head.

Observables are cold by default. In a cold observable, the data producer is created when the observable has a new subscription. Hence in the example below, both subscribers have independent sets of values (1, 2, 3) emitted from the producer. Using the analogy of show streaming, a new subscriber would have to watch the show from the start irregardless if the show was live. 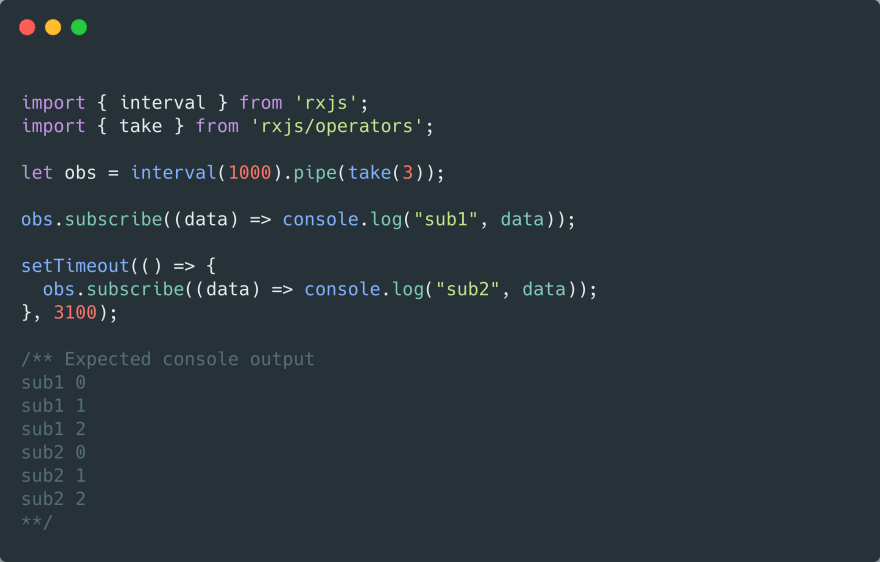 However if we want to emulate the live streaming behaviour of a show, we need to use a hot observable instead. This can be achieved using publish() and connect(). As seen in the example below, only the value 2 is logged for the second subscriber since the subscription is initialised only after approximately 2 seconds. 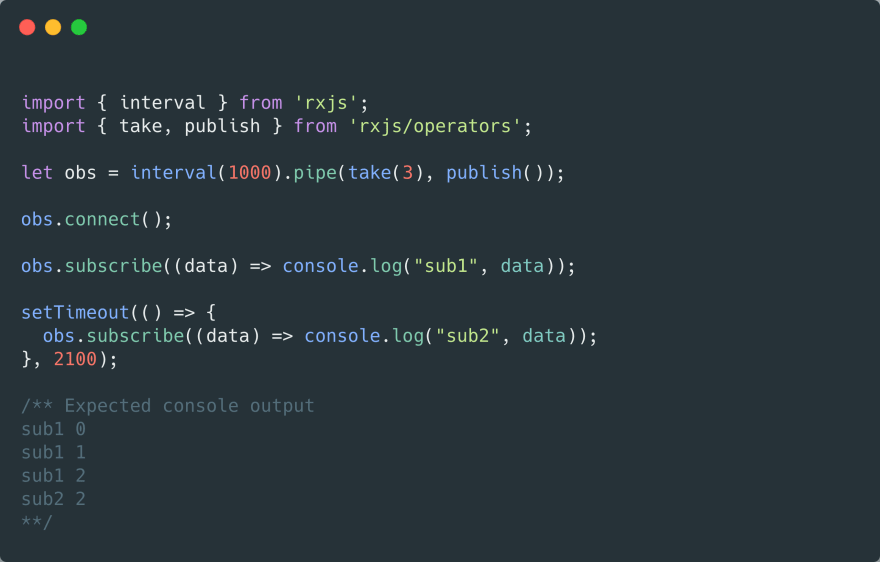 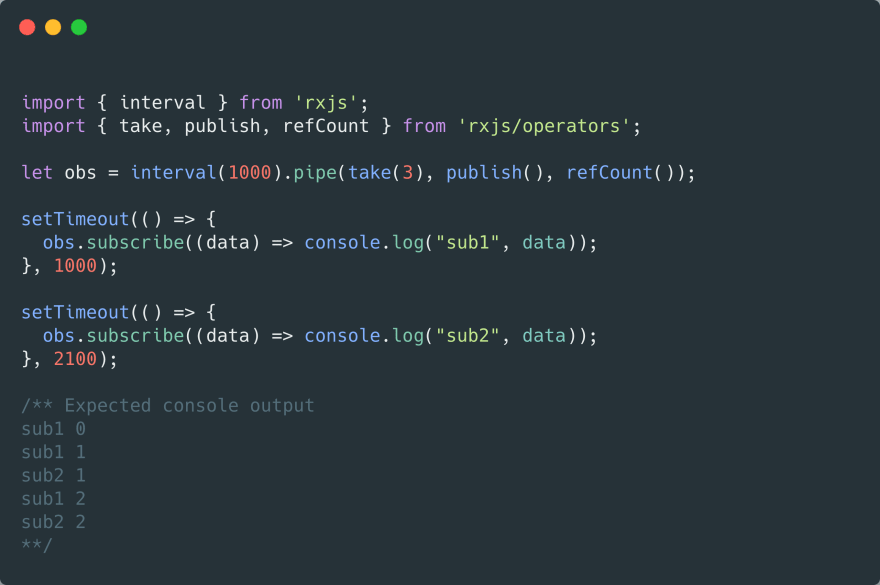 Hope these would be useful for anyone getting their feet wet with observables in RxJS!

Changing Headers in React with react-helmet.

Here's how to force a re-render in React. ⚛