There are many ways one can create an object on the view in Xcode storyboard.

You may use the direct way, which is using drag-n-drop of object for example a button from the Library to the storyboard viewController and setting the properties of the object (button) on the attribute inspector and setting the constraints in auto-layout.
See below: 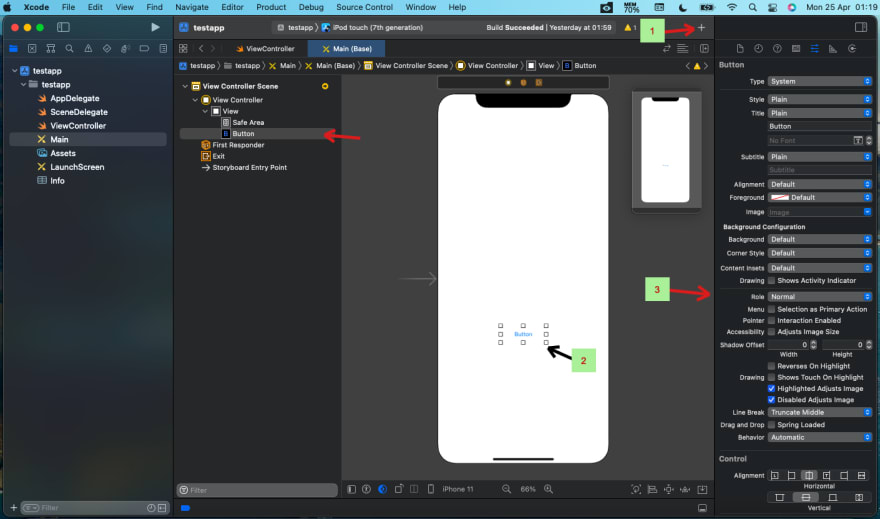 Creating the a custom button programatically from the ViewController:

In this method, I want to explain and illustrate an easy trick or way to create the object especially a button and placing it at any position you want on the view.

I discovered this solution when working on one of my project after upgrading to Xcode 13.3.
I created a custom button using the drag-n-drop method mentioned above, and there was a designable error meaning the storyboard is unable to validate and render the object in my case: a Button.
I fixed the designable error by having to create and set the button properties programmatically.

Then arise a new problem setting the constraints auto-layout using NSLayoutConstraints was not working keeps breaking the code and the app keeps crashing at runtime.

Easy trick used to set the constraint and the outcome:

- Create the button using CGRect class.
- Using the UIScreen Class to set the x & y position of the object(Button) on the view. 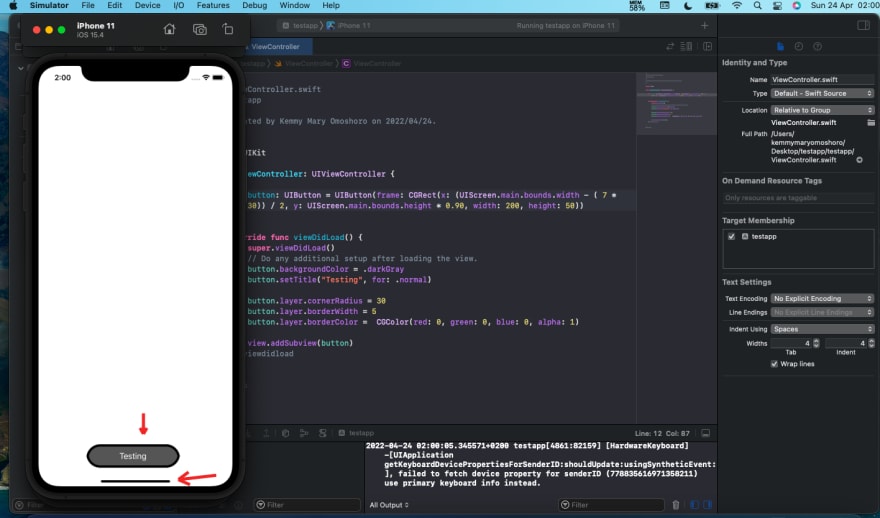 The resulting outcome of the object(Button) position when tested with other device screen size remain the same.
Here is the outcome and the code below: 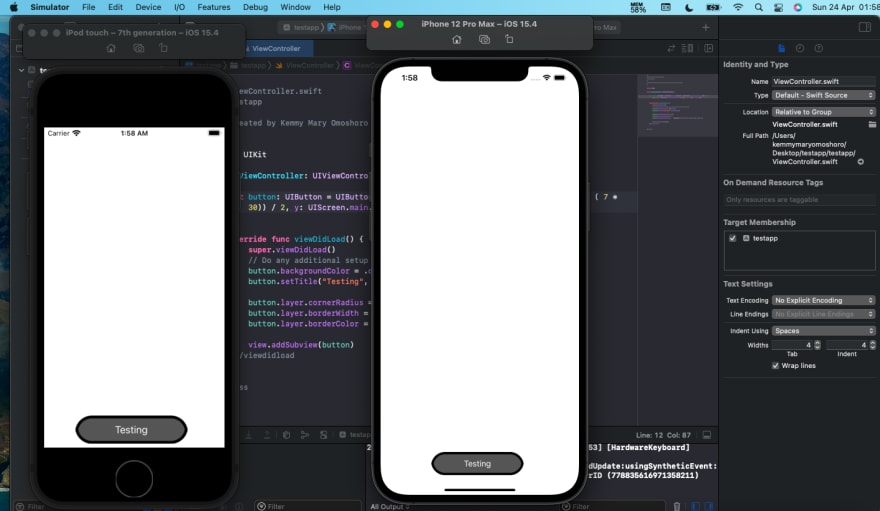 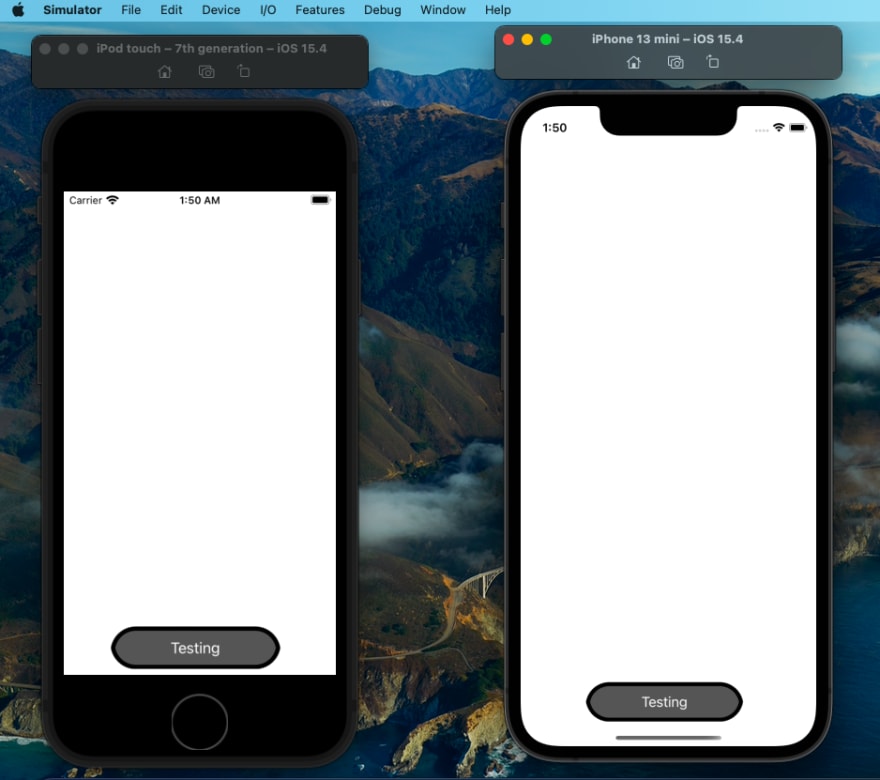 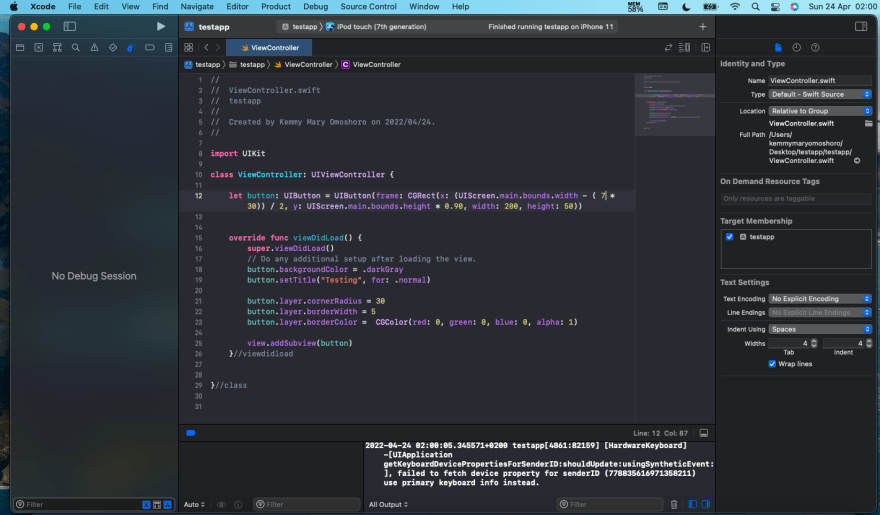 Isn't it amazing ?!, problem solved ! and I hope this article helps someone too.

Once suspended, kemicky will not be able to comment or publish posts until their suspension is removed.

Once unsuspended, kemicky will be able to comment and publish posts again.

Once unpublished, all posts by kemicky will become hidden and only accessible to themselves.

If kemicky is not suspended, they can still re-publish their posts from their dashboard.

Once unpublished, this post will become invisible to the public and only accessible to Kemmy Mary Omoshoro .

Thanks for keeping DEV Community 👩‍💻👨‍💻 safe. Here is what you can do to flag kemicky:

Unflagging kemicky will restore default visibility to their posts.