Hey there! It's been a while. As a matter of fact, over a year since my last blog post. Since then, a lot has happened, and I've had a lot of time to reflect on it all! That's another post for another day, but today I want to talk about my experience working at Expedia Group and some of the lessons I learned.

I joined Expedia in Ann Arbor, Mi, in the fall of 2017. Their office (which many, including myself, didn't know existed) began as a young startup called Mobiata that had been acquired early on. That's how Expedia A2, as we lovingly called it, came to be. I thoroughly enjoyed working here; it was indeed a dream job. Not that I'm head over heels about travel, but every person I worked with cared. I didn't know it then, but it made a world of difference from the team environment to the product we built.

The interview process was exceptionally refreshing compared to the other interviews I was going through at the time. During the initial phone interview, I had an anxiety attack resulting in extreme brain fog. I was asked about unwrapping optionals in swift and completely blanked on the guard statement, which was ironically my favorite. The interviewer understood and helped guide me to the answer, which allowed me to highlight how I've used the statement to clean up nested if statements in a codebase I was working on recently. Other interviews would have just moved on and written me off. The last phase was a half-day in-person interview to meet the team, the manager, then go through a round of whiteboarding, a live coding session and team lunch. It was long, but it taught me the most powerful lesson about interviewing that I've applied to every role since. Every step of the way, I was never alone. Whoever was interviewing me worked through the problem with me. If I was stuck, I could ask questions or clarification. If I wanted their thoughts, I just asked. Expectations were made clear every step of the way. This is a pairing exercise; we want to know how you work with us, not just on your own. Yes, problem-solving was needed, but this interview was the first process I went through that reflected the team environment.

"One Team" was a mantra used to drive home that you're not alone in success or failure. Everything we did was as a team. I chose to highlight this mantra because it resonated with me and was evident up the leadership chain. Not only did I feel connected to my leader and his manager, but our benefits were great, our leave was terrific, and no matter what life throws at one of their employees, it seemed like they had your back.

"One Team" also echoed out into the community. One of the perks was a volunteer day, where anyone within the office could attend a local volunteer event to give back to the community. One year we cleaned up invasive species in a local park, and the next was sorting produce for people in need. This forward approach was a refreshing take rather than the typical hands-off monetary match most corporations offer.

When your team and your company are invested in your health, happiness, and community, it makes going to work and putting your best foot forward every day an easy choice. It's been two years since Expedia A2 closed, and I still stay in touch with almost everyone.

While I truly loved my time at Expedia, nothing is perfect. There was a value of "assume positive intent". While it was new to me, it made absolute sense. The more I worked under this model and talked with other people about their lived experiences, the more I realized it was doing more harm than good. While I'd work with many of my co-workers again in a heartbeat, it became evident that some would count on this value to bail them out of their bad choices, conscious or not. The pattern of behaviors made it clear that this was their survival method of staying with the company. As an example of this harm in practice, a prominent lead in the mobile space had a habit of my-way or the high-way. They would listen but were also so wrapped up in their thought process that it never really felt like the opposing thoughts were considered. There were conversations within the greater team to get your changes in before they came online, which is never a good sign. My biggest lesson here is while it may seem like something or someone has good intentions, look for the patterns. As a business, constantly get feedback on your practices and values. When someone says they are experiencing harm from something in place, listen, then act to improve it.

Working for Expedia was exciting and enough of a toe-dip into the "Big Tech" scene that it was still a good experience. I truly loved the work we did, the product we built, and the team environment we fostered. I didn't consider that it could all change within a blink of an eye.

Expedia went through mass layoffs early in 2020 before COVID-19 tore apart the travel industry. While many excellent staff members were laid off, so was our entire off (small) office. Despite being one of the top-producing teams, and getting great reviews up the leadership chain, we weren't invincible. It didn't make sense to us, but it was just a numbers game. While I mourned the loss of a fantastic job, after seeing what the following year(s) gave the world, I'm thankful it happened the way it did. Without that, I wouldn't have gone for a senior title at my next job. Without that, I wouldn't have been one insincere review away from leaving tech and reaching out to a career coach and talent advisor to see what future I had. I wouldn't be where I am today without those happenstances, leading a mobile team and providing them with the same support and leadership I've enjoyed. 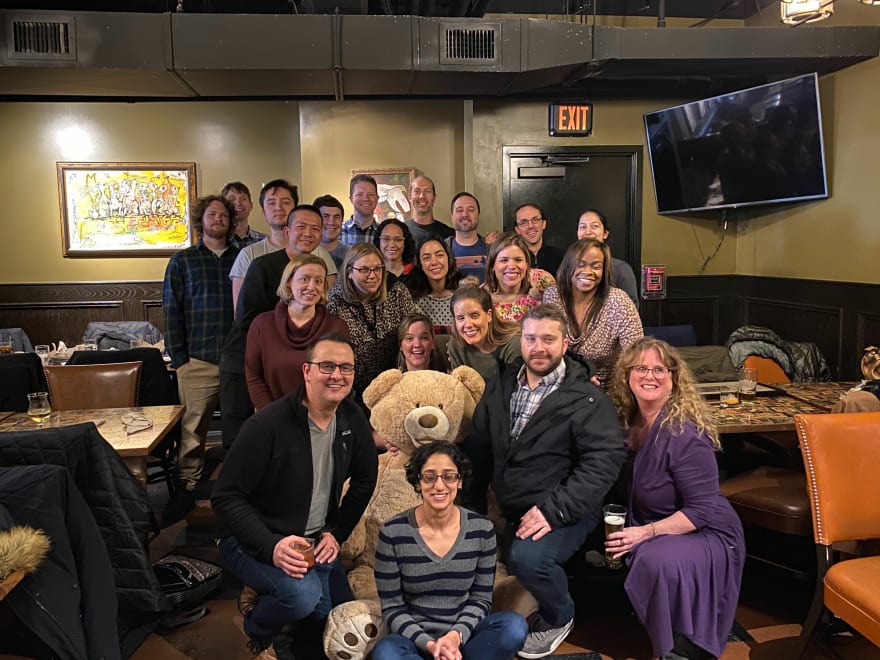 Call, Bind And Apply in JavaScript

Once suspended, kaydacode will not be able to comment or publish posts until their suspension is removed.

Once unsuspended, kaydacode will be able to comment and publish posts again.

Once unpublished, all posts by kaydacode will become hidden and only accessible to themselves.

If kaydacode is not suspended, they can still re-publish their posts from their dashboard.