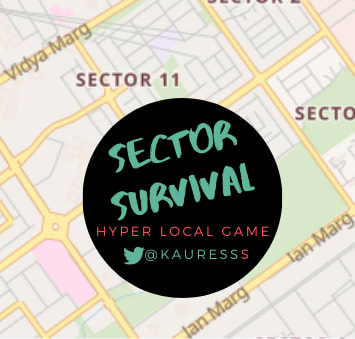 This past month I've been playing with unreal engine,by making a small first person shooter game. Moving on, I've decided to do a small RPG which involves more complex game login (user decisions).

Sector survival will be a hyper local game focused on sector 10, in the city of Chandigarh. Hyper local means that the game world is modeled on a specific part of a real city as it is now.

An RPG. The pawn/main character is situated in sector 10, located in the city of Chandigarh. The city is known for new money, students, and display of wealth. The pawn must accumulate a reasonable popularity score (65%) to move on to the next level/sector by playing against complex social rules with limited resources such as energy, health and money.
There are lots of choices and dialogues
Some action like GTA example driving, shooting

The game world will model sector 10 as it is now. The road map, market place will be the same.

How to keep user logged in in Flutter? || Logout from firebase || Flutter with firebase #5

Choosing Cryptocurrency Exchange Software: 5 Anti-Features To Look Out For