Just a few shots of a level from the game that I'm making in UE4.

I’ve finished making level one of JOYG (name of the game). The 1st phase of development involved:

Making a map on paper
Greyboxing the map in the game world
Adding materials and textures to the world
Adding props like tables, wheels, trash cans, doors
Putting in particle effects such as fire and steam
Putting sounds for example fire crackling, steam sounds
Changing the lighting by making it a night scene
Adding characters 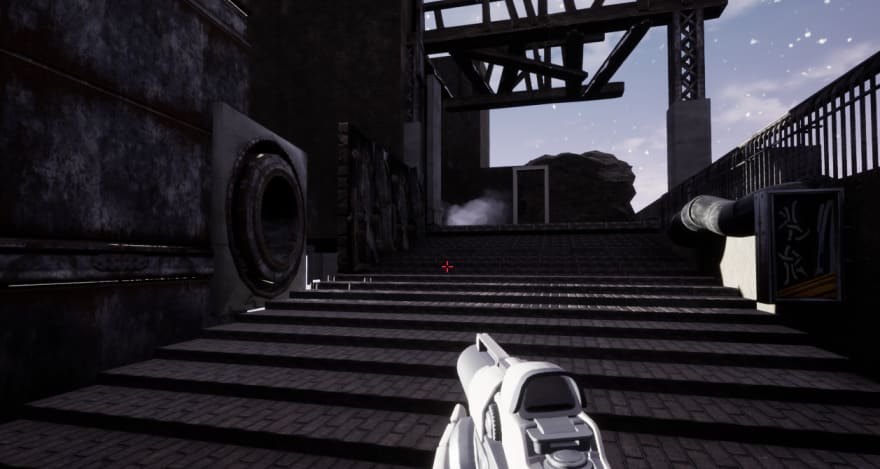 Quick & dirty: How to deploy a fullstack Vue.js app with a working node.js backend