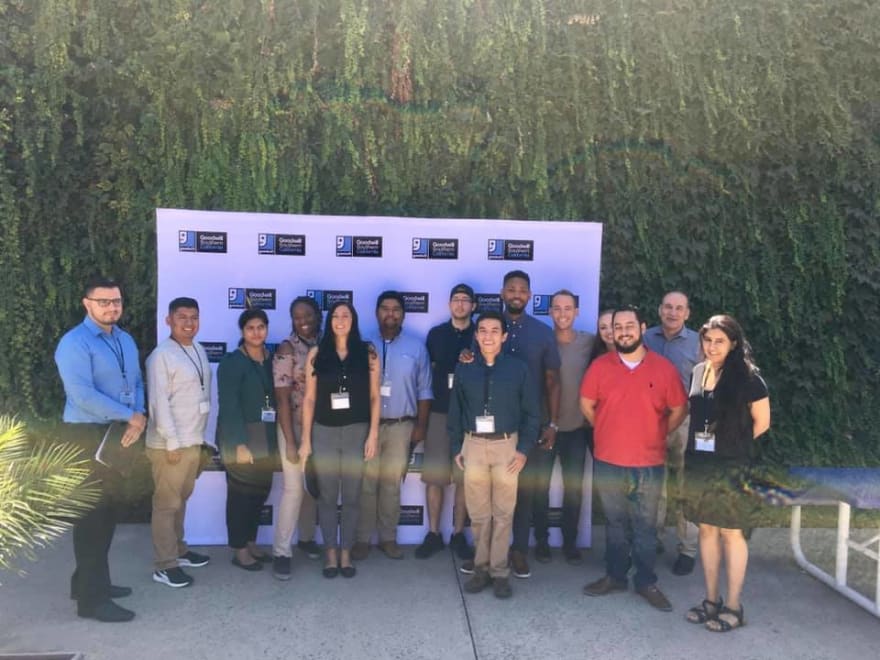 One of the Cultivating Coder's bootcamp's collab this year was in San Bernadino, with Goodwill. It was intensive and we made some cool projects:

Cultivating Coder's fully sponsors the students and they get a free laptop. And most times there are snacks too! (nice, healthy ones). Besides that they get exposed to instructors who work in different capacities in the software development realm. Also the students don't have to move out, the bootcamp comes to them.

We started out with the basics (HTML5, CS3, Twitter Bootstrap & Git). Then we started learning JavaScript in particular with context to DOM scripting. Finally we stepped into server side JS with node.js, express.js and some mongoDB (with mongoose.js ODM).

The basic premise was to start off with a basic frontend project, add some functionality and refactor it into a backend project, therefore making it fullstack!

The students were all the way from late 20's upto mid 50's. Overall, it was a learning experience for me as an instructor as well, as each group has been quite different.

The goal was to BUILD and to build in class while I and the co-instructor were there to facilitate the projects. The ideas for the projects were taken from the students themselves.

The weekend before the class started, there were a couple of earthquakes in California, so 1 group ended up coding GeoMapstr which sorts and filters through earthquakes acccording to magnitude, AOED (Area of affected disaster) and frequency (last 30 days, 1 month, 6 months etc). The app also included a signup/login feature as the next feature of the app was geolocating the user in reference to an earthquake.

Whereas, the shopping cart group which was built upon one of the student's current businesses, which is hemp clothing. The functionality of the cart was built from scratch with vanilla JS.

I'm very grateful to the team that I work with. They are doing lots of good by opening doors for others. Door opener's not gate keepers!

Oh we also made twitterbots for fun :) Here and here

Cypress and Flaky Tests: How to Handle Timeout Errors

How to implement Material UI in React?