Welcome to another (slightly late!) edition of our Developer Spotlight series! This week we sat down with the founder of the volunteering app Questlin,18-year-old Sam Miserendino.

This Dev Spotlight is a special one... it'll be coming to you in two parts. Stay tuned next Monday for Part 2. 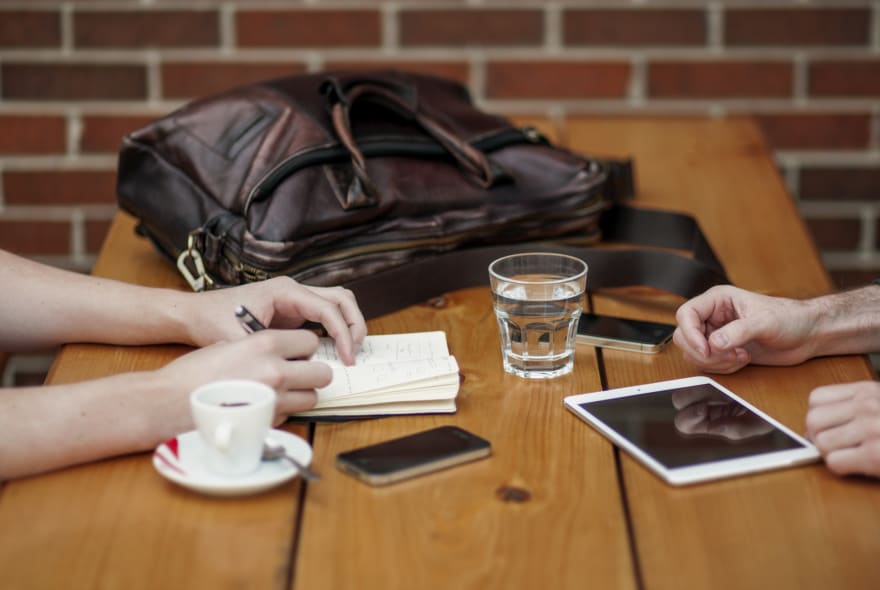 @samdevz: Hi, I’m Sam. I’ve been programming since 9th grade. It’s always been my passion. There was as tudent at my school that I went to, and he was really involved in programming… He was making some popular apps, so that got me into it. I started with web development and a little bit of machine learning, and now I’m making apps and stuff. I use Repl.it basically every day, or almost every day, usually to test code or get things running quickly. 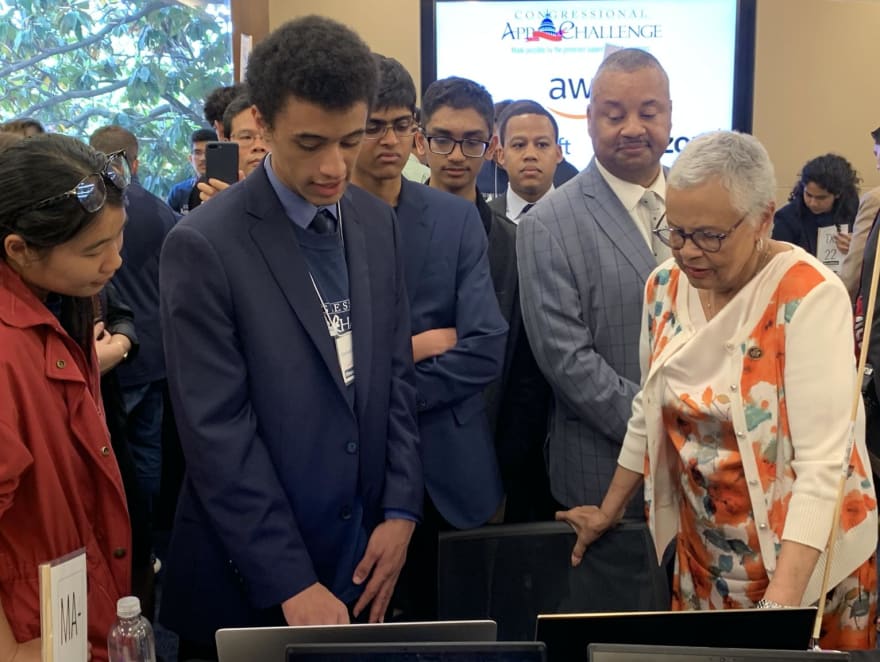 I contacted Amjad in like…June I think? I was looking to do some work with you guys, or see how I could contribute in more meaningful ways, and he said unfortunately that there were so many interns this summer that they couldn’t take me, but we’re going to see if we can set something up next year, or maybe in the fall…so that’s really exciting for me. I’m just really excited about that opportunity—and also to talk to you!

@katyadee: I actually had no idea! All I knew was about your involvement WWDC… and I was really curious about what that was like.

@samdevz: Oh, that was really exciting! I applied for the first time to Apple’s WWDC conference… usually it’s pretty expensive to go, and you have to enter a raffle, but for students they have a scholarship and if you’re picked, you can go for free. So I applied, and I won!

@samdevz: Sure, so WWDC is Apple’s Worldwide Developers Conference. Over 5,000 people go, including 350 scholars. The main event is the famous Key Note, where they announce new features and products. It’s the main event for Apple Developers. The best part of it is you can meet the people who created these products. They have sessions all day long, and labs. So you can walk up to the guy who designed the Mac or the iPhone or anything—and they’ll give you really good feedback on what you can do to improve! It’s really a great resource for developers.

@katyadee: What was it like to go as a student?

@samdevz: They did a lot of cool stuff for us… you get to go to all the events—you’re like a regular attendee—you get to watch the Key Note, and you also get to meet with people who have similar interests, or executives who are doing the kinds of things we’re doing, but at a higher level.

I also had the opportunity to meet with this executive named Lisa Jackson. She kind of manages the environmental concerns at Apple and the social concerns—that kind of ties in with what I’m doing. I make a lot of volunteering-oriented apps, that are designed to help people. That was really cool.

@katyadee: Did you have a favorite part?

@samdevz: Oh my god…So much. So, I had a friend there. I make apps and he makes games. We got the chance to meet with Apple’s marketing team, and I thought that was really valuable. They actually sat down with us one on one, and gave us suggestions on how to improve our presence on the App Store, how to market better, all sorts of different tips…like on how to monetize, for example. In general, it was so cool to meet the people who run the App Store.

@katyadee: What was some of the best advice that they gave you?

@samdevz: You always want to have an engaging page on the App Store. Screenshots on your app are important, but so are preview videos. Those keep people engaged. Also make sure your reviews are good, and respond to the reviews you do get. They also talked about monetization and different ways to make money… One of the best ways to make money is really ads. Not a lot of people will spend money in-app if your app is new. So, they walked us through how to get started with ads and that was really helpful, too.

@katyadee: Wow—that’s really dedicated. I’m surprised to hear how available they were to help people.

So, we’ve talked a bit how you’re an app developer… could you tell me a bit more about your background with that?

@samdevz: The main app I’ve developed is called Questlin and it’s an app to help people find places to volunteer near by. That project is really important to me, because my school, we’re required to do service every year. And every year, I’d been kind of doing the physical side of volunteering… but at one point, I was speaking to this executive at this non-profit I go to a lot, and I was asking him about different ways to volunteer. 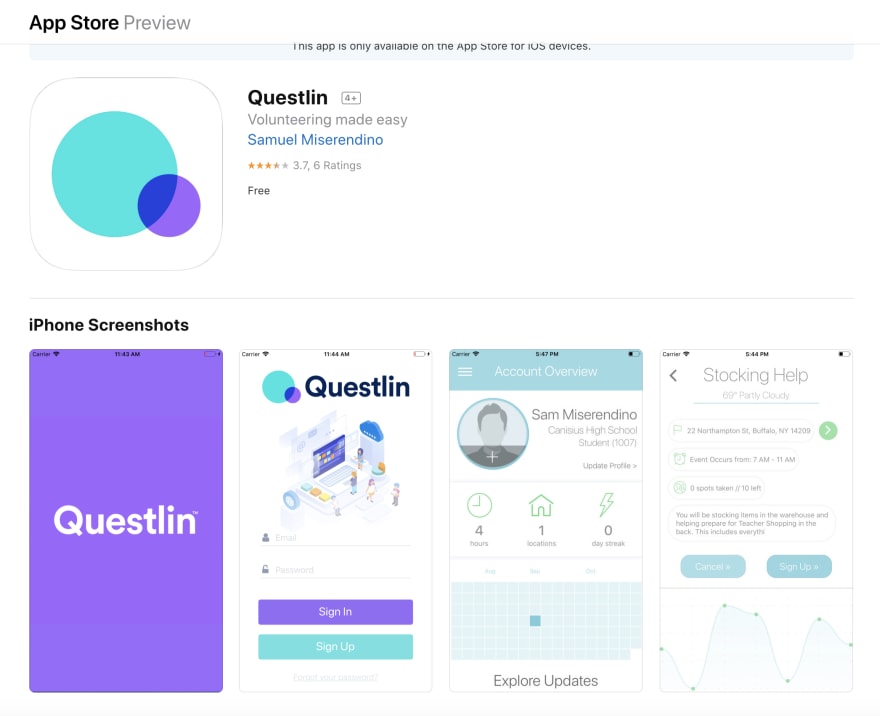 And then he was like, here’s what we can use actually: an app that can help us keep track of volunteers and volunteering. I started working on Questlin from there. It’s been really cool and it’s gotten some attention. Recently, I even got to meet Congresswoman Bonnie Watson Coleman.

@samdevz: Well, we entered this thing—it’s actually really great for students and I encourage everyone to enter. It’s called the Congressional App Challenge. Basically, you create an app within your district, and then your representative reviews your app. You get to go to Congress, and meet congresspeople… A lot of them will even download your app. That was a really valuable experience, and I’m really glad I did that.

We’re getting more and more downloads. There’s a place in New Jersey using it…

@katyadee: Let’s back up a second… Is Questlin for keeping track of volunteers, or is it more consumer-facing?

@samdevz: It’s actually both! There’s a portal for non-profits and for volunteers. The biggest challenge has been expanding. The way I designed it, it’ll only show places nearby, so for a lot of people it’s not really that useful right now, it’s more useful in certain places than others. That’s been a big obstacle.

@katyadee: Could I download it here in Austin and use it, or have you only rolled out to certain markets?

@samdevz: Unfortunately, right now we have to manually add non-profits. We’re trying to make it more automatic, though. We’re working on a better version of it. When I won the challenge, it became a featured app in the App Store and it got a lot more downloads, and we got a lot of complaints that users couldn’t use it where they are. But some non-profits have reached out to us, so we’re working on fixing these things now.

@katyadee: Those are pretty exciting obstacles to have, though!

@samdevz: There was so much more interest than I expected, it really just started off as this small thing at my school. I never anticipated people from different places would use it, or an audience this large. Now we’re working to catch up with the demand now.

@katyadee: You know, it sort of reminds me of… I can’t actually remember the name of it. There’s like a website I would use—I mean, this had to be 10 years ago, now—to find volunteer opportunities… I wish I remembered the name, it would make my point more salient. But I guess my question was going to be how you were different from other, existing and similar products.

Maybe my inability to remember them says it all, though.

@katyadee: You know what—yeah, I do think it was VolunteerMatch. How would you say you’re different from them?

@katyadee: That’s awesome that you guys are working together.

@samdevz: It’s a nice space to work in because everyone wants to work together, instead of against one another.

Why Are There So Few Women Programmers?

Once suspended, katyadee will not be able to comment or publish posts until their suspension is removed.

Once unsuspended, katyadee will be able to comment and publish posts again.

Once unpublished, all posts by katyadee will become hidden and only accessible to themselves.

If katyadee is not suspended, they can still re-publish their posts from their dashboard.

Once unpublished, this post will become invisible to the public and only accessible to katyadee.

Thanks for keeping DEV Community 👩‍💻👨‍💻 safe. Here is what you can do to flag katyadee:

Unflagging katyadee will restore default visibility to their posts.