Due date: 23:59 p.m Oct 25th, 2021
The State of Quality Report 2021
Wouldn’t it be great to know how peers and experts are staying ahead of their quality assurance game? That’s why we're creating The State of Quality Report 2021 to collect the best QA practices from you, professionals of all levels.
We are happy to offer the first 100 respondents a $30 Amazon gift card, along with the final report from the survey results. Raise your voice!

It is no surprise that the integration of digital technology into all areas of business operations is creating a high demand for software. To increase the effectiveness of their operations, enterprises rely more heavily on software, which means that software is now more complex, and there is little tolerance for failure.

To ensure software readiness meet business demands, available testing technologies validate software to verify it does what it is supposed to do. Unfortunately, while testing improves the world of DevOps, it can be a costly endeavor if enterprises do not choose the correct testing framework.

Traditional testing frameworks and methodologies have come a long way since their inception. However, they can become a bottleneck in the DevOps pipeline.

Parallel testing is a methodology where DevOps teams can use available resources more effectively and accelerate releases, translating into better software and more profits.

A Brief Recap of Testing Frameworks

For more than two decades, several testing frameworks have made their way through the environments of software testers and developers.

Traditional testing is a fundamental part of the waterfall approach to software development. This method calls for a team of testers to work on early internal releases of software products to identify issues and then provide feedback to developers to fix the issues. The same cycle is done multiple times before the product is signed off for release. This process is slow, error-prone, costly, and doesn’t scale well.

The widely adopted manual testing approach, alongside the lack of automation, results in most products going to market with issues. The evolution of software development, moving from waterfall methodologies to the more efficient agile approach, has propelled automation testing to the forefront to address increasing scale, frequency, and breadth of testing throughout the development pipeline.

Test automation can be helpful, but it can also be a costly investment if it is not implemented to make effective use of existing resources.

What is Parallel Testing and Its Benefits? 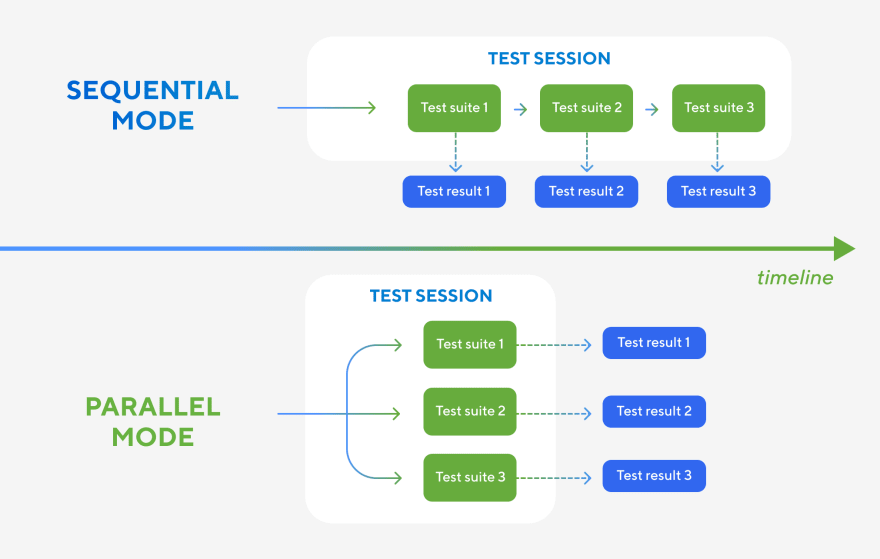 Parallel testing is the process where users run multiple automated tests. Unlike in traditional sequential testing processes, where each test has to be executed one at a time, parallel testing runs your tests at the same time to:

Parallel Testing with TestOps – Your Weapon To Faster Releases 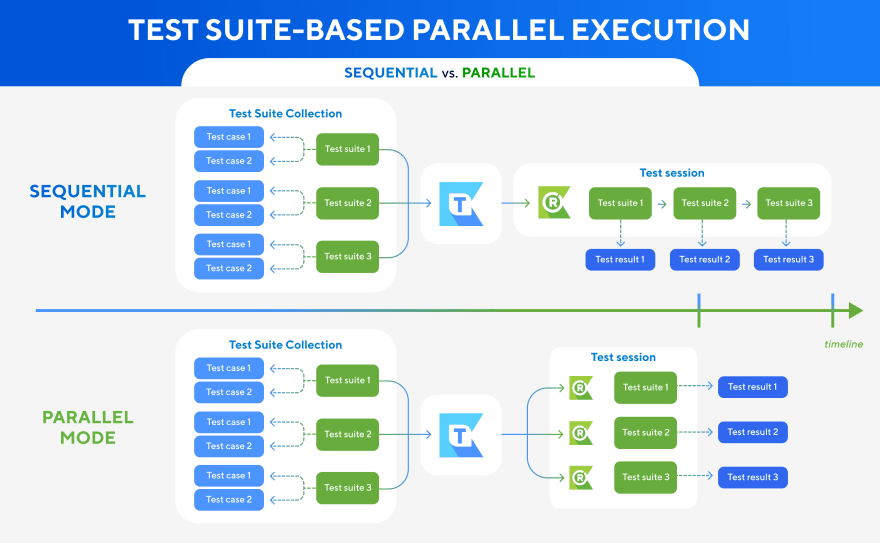 Leveraging parallel execution in test automation pipelines not only allows developers and testers to create a more efficient CI/CD pipeline, but also helps minimize risk, effort, and cost. Check out the TestOps documentation for more information on running multiple test suites in parallel across different environments.