Automated testing is a method using an automation testing tool to write and execute automation test case/ test suite on the software application, comparing the actual results to the expected behavior and creating test reports.

However, the complexity may happen when running the test with the lack of programming knowledge, there are still so many other challenges:

In order to crack all the challenges, in this article, I will not only show you how to create test cases and execute automation test in 3 easy steps but also the solution to manage test & reports efficiently.

All magicians need the supporting tools and so does Web testing execution. My magical trick will be performed with the tool called Katalon Recorder that can be installed in 3 seconds on both Chrome and Firefox latest versions.

A few words about Katalon Recorder, it has been hailed as one of the alternative solutions since Selenium IDE no longer works from Firefox 55 onwards (Official announcement). As the Toolmakers stated, “Katalon Automation Recorder records actions and captures web elements on web applications to let you generate, edit and execute automated test cases quickly and easily without programming knowledge requirements.”

And yes, Katalon Recorder is not the only one, there are some Selenium alternatives out there, such as Protractor, Kantu or Robot framework but I just show here the easiest way and the most proficient tool to do the magical things ;).

Given a sample test case whose scenario is as below:

Imagine you have a service booking site that requires the user to log in, fill-up the form and submit to accomplish booking process. After changing a little bit in theme, you may wonder whether this function is still working or not. The 3 easy steps below will help you get rid of the confusion.

Click “Play” to run the test and monitor if the test case fails at somewhere, you can stop the playback and remove the bug right there.

You can change the “Value” input manually to test the function with more accounts.

The happy case should be shown as the image below

And bring you back to the homepage without logging on any account.

If you want to put more variable test data to cover the different cases and run the test with these data automatically, Katalon Recorder supports data-driven testing which allows users to define data sets and execute test scripts that use these data.

You can also export the Test Case as script in many languages, such as Java, Ruby, Groovy, Python, C# and Robot framework.

And that is not all, Katalon platform also offers the tool called Katalon Analytics that is to help you save all the test reports and display them visually through the colorful charts. You can upload your results directly to Katalon Recorder by clicking “Upload logs” (The cloud icon). You may be required for sign up a Katalon account at www.katalon.com (for free) and login to Katalon Analytics at https://analytics.katalon.com to create a new project. 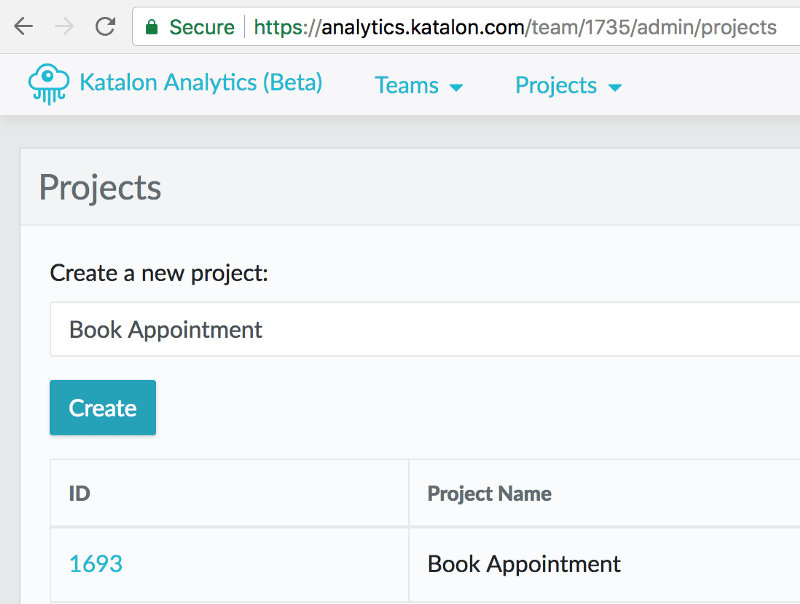 Below is the chart that shows my test results after executing the test case for 2 times.

Although Katalon Analytics is launched as the beta version, it meets all my demand for the test reports, even shares the results with teammates easily.

It is the corner for Selenium IDE Fan who is depressed and disappointed after the official announcement of the end of Selenium IDE on Firefox 55 onwards. Some guys in Katalon seems to be kind to bring the hope back by allowing users to import Selenese script from Selenium IDE to Katalon Recorder. Check it out here

I will say no more about Katalon platform in this post, even they are all great & free, it should belong to another post that may be named “How to leverage Katalon platform (Katalon Studio, Katalon Docker, Katalon Analytics, Katalon Recorder) to make your testing life easier”, whatever.

Conclusion
Below is the summary of Katalon Recorder outstanding features:

So, executing automated test cases and managing test reports are not as painful as we thought. In general, with the wise testing strategy and a proper supporting tool collection, Test Execution or Automation Testing is no longer the big deal.

Katalon is a leading provider in software test automation solutions and professional services. We offer a flexible automation platform for teams of any sizes, at any stages of continuous testing maturity.
Code of Conduct • Report abuse

We Built an IDE to work with API Design. Here's What We Did