This blog was originally published in https://qaautomationlabs.com/how-to-run-all-specs-in-cypress-latest-version/

Problem Statement
The ability to ‘Run all specs’ or ‘Run filtered specs’ will be removed in Cypress 10.0. For many of the users, the existing implementation “was broken” for them because of how cypress originally architectured supporting this feature. Cypress received feedback regarding the removal of this feature.

In this blog for demo purposes, I am using Cypress version 11.2.0

How to solve the problem
In Cypress version 11.2.0 Cypress team has introduced a feature flag experimentalRunAllSpecs that will restore the prior behavior seen in versions < 10

Keep feature flag disable
After installing 11.2.0 next step is to enable experimentalRunAllSpecs flag.

Let's see when the feature flag experimentalRunAllSpecs is disabled. In the below screenshot, we can see the button to Run all specs is not displaying

After enabling the feature flag either we can run all .specs in a single run or can run a set of .specs

1.We can run all test cases in a single run

How to enable Feature Flag
In cypress.config.js set the below command 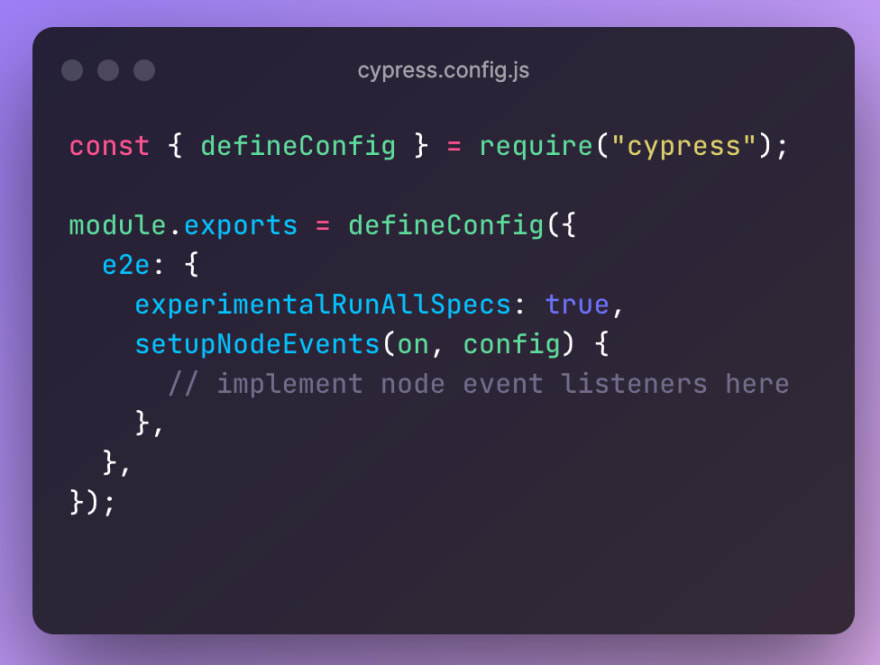 Steps to run the filtered .specs
If we want to run filtered spec we can simply search and execute the test

We can run the particular .spec file from the set of specs can be seen in below screenshot

Conclusion
The ability to ‘Run all specs’ or ‘Run filtered specs’ that was removed in the previous cypress version was re-introduced in Cypress version 11.2.0.

Using the experimentalRunAllSpecs feature flag we can restore the prior behavior and execute all/selected .specs files.

Once suspended, kailashpathak7 will not be able to comment or publish posts until their suspension is removed.

Once unsuspended, kailashpathak7 will be able to comment and publish posts again.

Once unpublished, all posts by kailashpathak7 will become hidden and only accessible to themselves.

If kailashpathak7 is not suspended, they can still re-publish their posts from their dashboard.

Once unpublished, this post will become invisible to the public and only accessible to Kailash P..

Thanks for keeping DEV Community 👩‍💻👨‍💻 safe. Here is what you can do to flag kailashpathak7:

Unflagging kailashpathak7 will restore default visibility to their posts.