Methods in components could be organized using comments. Common usecases can be broken down into the following comment headers. 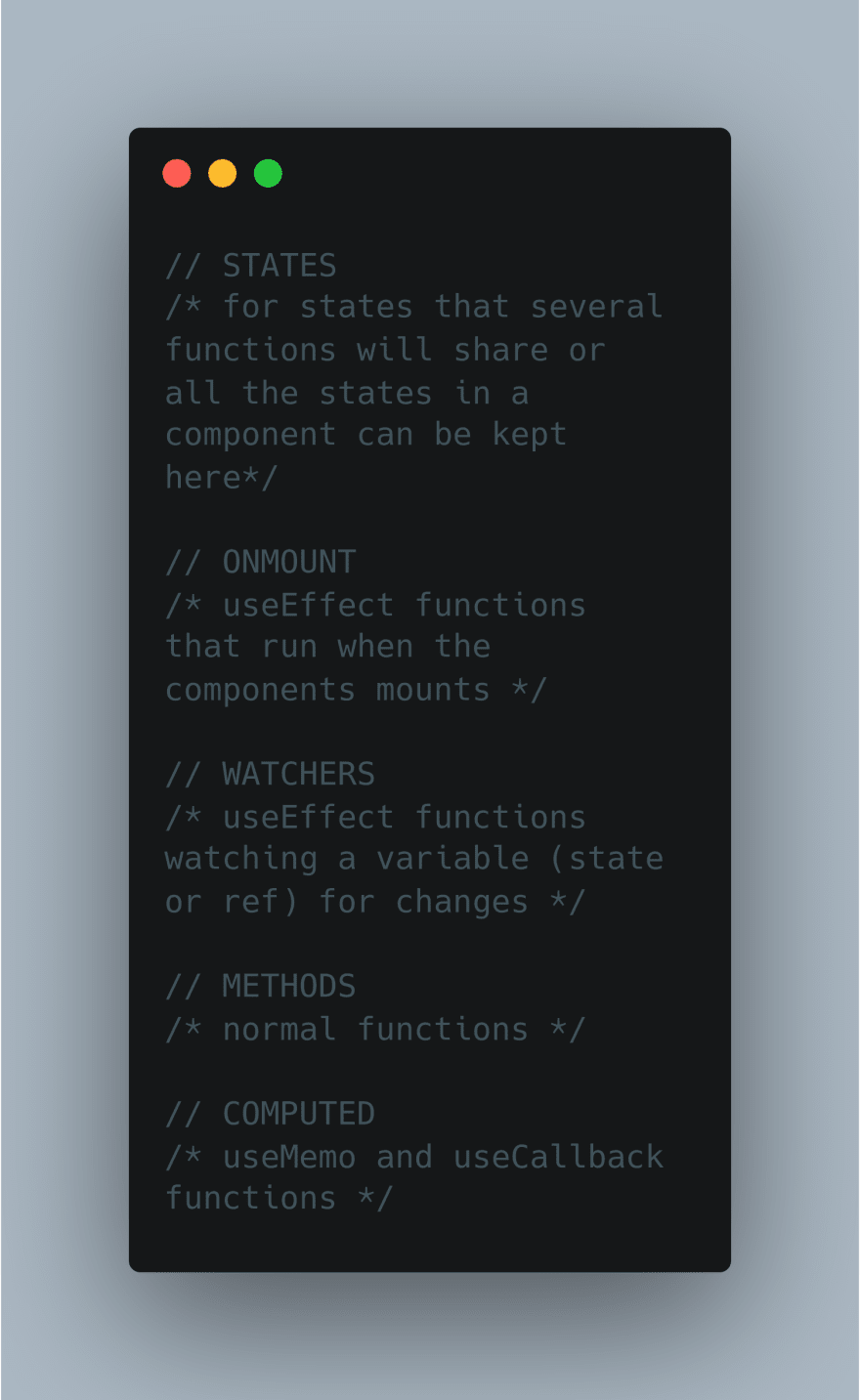 In Defense of Clean Code

Introduction to Text to Speech and Speech Recognition using React-native

How To Build A Task Management App With React in 2022

React custom Hooks are easy than you think

Once suspended, kachidk will not be able to comment or publish posts until their suspension is removed.

Once unsuspended, kachidk will be able to comment and publish posts again.

Once unpublished, all posts by kachidk will become hidden and only accessible to themselves.

If kachidk is not suspended, they can still re-publish their posts from their dashboard.