v0.29.0 contained a lot of interesting features. Have a look at the release notes for details!

📖What you will learn

gRPC is a light-weight open-source RPC framework. It was originally developed by Google, with 1.0 being released in August 2016. Since then, it's gained a lot of attention as well as a wide adoption.

In comparison to JSON, which is transmitted as human-readable text, gRPC is binary, making it both faster to transmit and more compact. In the benchmarks we've seen between gRPC and JSON-based REST, gRPC has proved to be a lot faster than its more traditional counterpart.

A benchmark by Auth0 reported up to 6 times higher performance, while other benchmarks, likethis one by Alex Pliutau orthis one by Ruwan Fernando, suggests improvements of up to 10 times.

For chatty, distributed systems, these improvements accumulate quickly, making the difference not only noticeable in benchmarks, but also by the end-user.

gRPC supports four different types of RPCs, unary, server streaming, client streaming, and bi-directional streaming. In reality, the messages are multiplexed using the same connection, but in the spirit of keeping things simple and approachable, this is not illustrated in the gRPC service model diagrams below.

Unary calls work the same way as a regular function call: a single request is sent to the server which in turn replies with a single response. 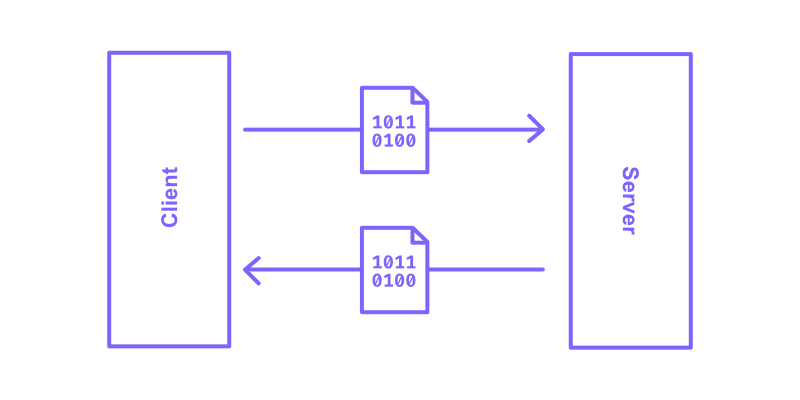 In server streaming mode, the client sends a single request to the server, which in turn replies with multiple responses. 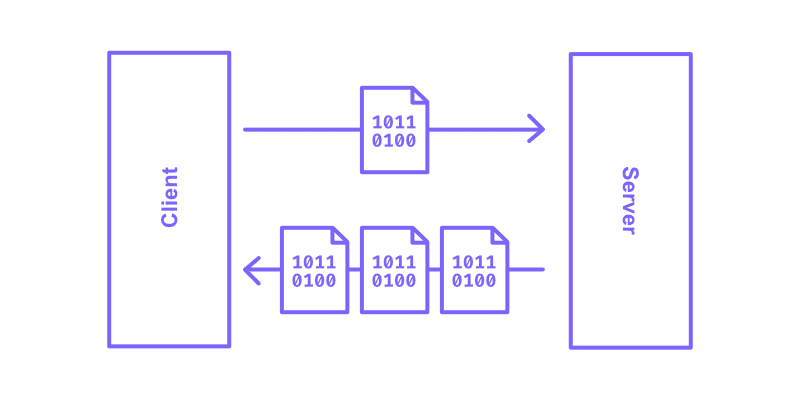 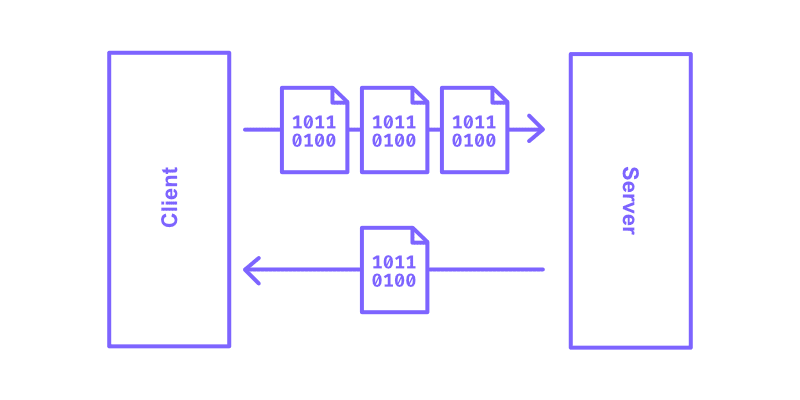 In bi-directional streaming mode, both the client and the server may send multiple messages. 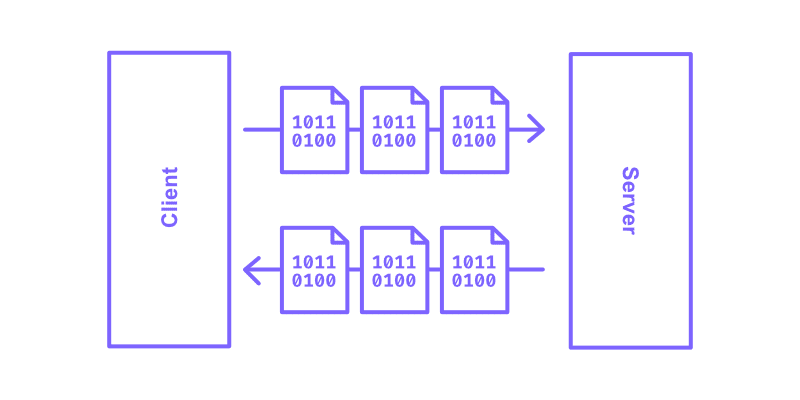 The messages and services used for gRPC are described in .proto files, containingProtocol buffers, or protobuf, definitions.

The definition file is then used to generate code which can be used by both senders and receivers as a contract for communicating through these messages and services. As the binary format used by gRPC lacks any self-describing properties, this is the only way for senders and receivers to know how to interpret the messages.

Throughout this article, we'll use the hello.proto definition available for download on thek6 grpcbin website. For details on how to build your own grpc proto definition, see this excellent article from the official gRPC docs.

With k6 v0.29.0, we're happy to introduce a native client for gRPC communication. In this early release, we've settled for providing a solid experience for unary calls. If any of the other modes would be particularly useful for you, we'd love to hear about your use case so we can move it up our backlog.

The current API for working with gRPC in k6 using the native client is as follows:

The gRPC module is a separate package, available from your test script as k6/net/grpc. Before we can use it, we first have to create an instance of the client. Instantiating the client, as well as the .load operation, is only available during test initialization, ie. directly in the global scope.

Next, we'll load a .proto definition applicable for the system under test. For the purpose of this article, we'll use k6 grpcbin. Feel free to change this to whatever you please but keep in mind that you will also need an appropriate .proto definition for the server you're testing. The .load() function takes two arguments, the first one being an array of paths to search for proto files, and the second being the name of the file to load.

Once that is done, we'll go ahead and write our actual test.

So let's walk through this script to make sure we understand what's happening. First, we use the.connect() function to connect to our system under test. By default, the client will set plaintext to false, only allowing you to use encrypted connections. If you, for any reason, need to connect to a server that lacks SSL/TLS, just flip this setting to true.

We then continue by creating the object we want to send to the remote procedure we're invoking. In the case of SayHello, it allows us to specify who the greeting should address using the greeting parameter.

Next, we invoke the remote procedure, using the syntax <package>.<service>/<procedure>, as described in our proto file. This call is made synchronously, with a default timeout of 60000 ms (60 seconds). To change the timeout, add the key timeout to the config object of .connect() with the duration as the value, for instance '2s' for 2 seconds.

Once we've received a response from the server, we'll then make sure the procedure executed successfully. The grpc module includes constants for this comparison which are listed here

Comparing the response status with grpc.StatusOK, which is 200 OK just like for HTTP/1.1 communication, ensures the call was completed successfully.

We'll then log the message in the response, close the client connection, and sleep for a second.

The test can be executed just like any other test, although you need to make sure you're on at least version v0.29.0 to have access to the gRPC module. To check this, run the following command:

Anything less than v0.29.0 here, will require you to first update k6. Instructions on how to do that can be found here.

Once that's out of the way, let's run our test:

From the output, we can now tell that our script is working and that the server indeed responds with a greeting addressed to who, or what, we supplied in our request body. We can also see that our check was successful, meaning the server responded with 200 OK.

In this article, we've gone through some of the fundamentals of gRPC and how it works. We've also had a look at the gRPC client introduced in k6 v0.29.0. Last, but not least, we've created a working test script demonstrating this functionality.

And that concludes this gRPC load testing tutorial. Thank you for reading!

A first look at Bun: is it really 3x faster than Node.js and Deno?

Are you ready to try k6? Join the growing k6 community and start a new way of load testing.

Once suspended, k6 will not be able to comment or publish posts until their suspension is removed.

Once unsuspended, k6 will be able to comment and publish posts again.

Once unpublished, all posts by k6 will become hidden and only accessible to themselves.

If k6 is not suspended, they can still re-publish their posts from their dashboard.

Thanks for keeping DEV Community 👩‍💻👨‍💻 safe. Here is what you can do to flag k6:

Unflagging k6 will restore default visibility to their posts.