A couple months back, I found out that you could build smart contracts off of the Ethereum blockchain and create decentralized applications to communicate with it. This was extremely surprising to me because I always viewed Ethereum strictly as a trading asset with no utility due to my lack of research. Once I read a little bit more about Ethereum, web3.js, and Solidity -- I knew I had to create my own dapp and explore this area a bit more.

The reason why I implemented this feature is because coordinators can scam users and never end up hosting the event. This incentivizes coordinators to host legitimate events in order to receive payment. In addition, if the event is invalid, this will incentivize participants to vote the event as invalid in order to receive a refund. Lastly, if there are not enough votes and the voting period ends, the coordinator will be able to receive payment meaning there was not enough interest from participants to vote the event as invalid. This idea may sound interesting in theory but one caveat is that even if the coordinator hosts a legitimate event, a majority of participants can still band together and vote the event as invalid to trigger a refund. There might be more issues with this approach, but it doesn't matter because my main goal here was to learn more about web3.js and Solidity.

I first started by creating the smart contract on Remix IDE (great IDE btw). I personally like to think of a smart contract as the backend service deployed on the blockchain that handles all the business logic. Solidity is an interesting language and it reminded me of C++ so it wasn't too hard for me to pick up. There were some things that I had to get used to though, for example, you can't simply just call a method to get the length of an array. You have to declare a separate integer variable and keep track of the array size. Also it's extremely important to be as efficient with your code as possible. If not, you can significantly increase the cost of gas fees. The reason why this happens is because the smart contract uses gas for computation to modify storage variables on the smart contract. Solidity also has some cool data types like address which stores and Ethereum address and mapping which is a hashmap data structure. Function modifiers are also really cool - they serve as some form of prerequisite before the function can be called. Lastly, there isn't a date object built in for Solidity. To retrieve an approximate date time, you need to get the last mined block's timestamp. There's probably more stuff that I'm missing but these were the main things that I found interesting.

Once I finished the smart contract, I began working on the front end portion by using Next.js, web3.js, and Metamask. Metamask is a Chrome extension that allows users to interact with dapps and web3.js is a Javascript library that allows users to create dapps. Basically, Metamask and web3.js serves as a bridge for communication between the Ethereum blockchain and the client side application.

The dapp would contain only 3 pages:

Displays all the events stored on the smart contract. The navbar would display the current account's address on the top right corner. 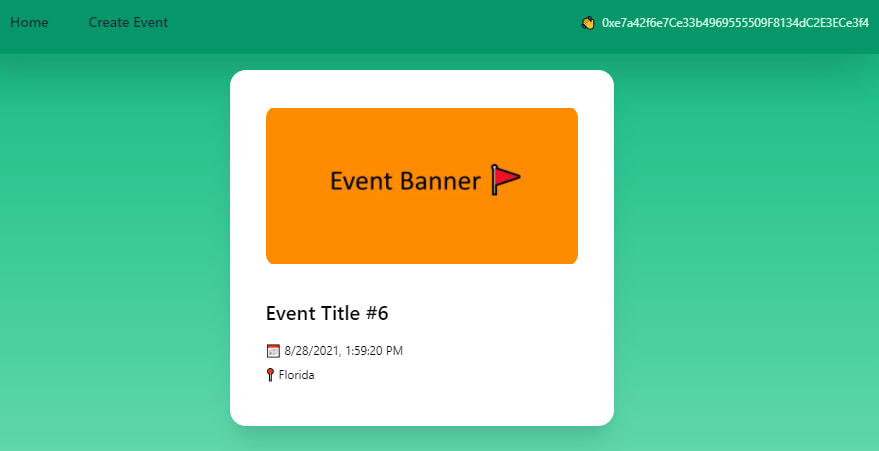 Allows any user to create an event. The create page would contain a form (shown below): 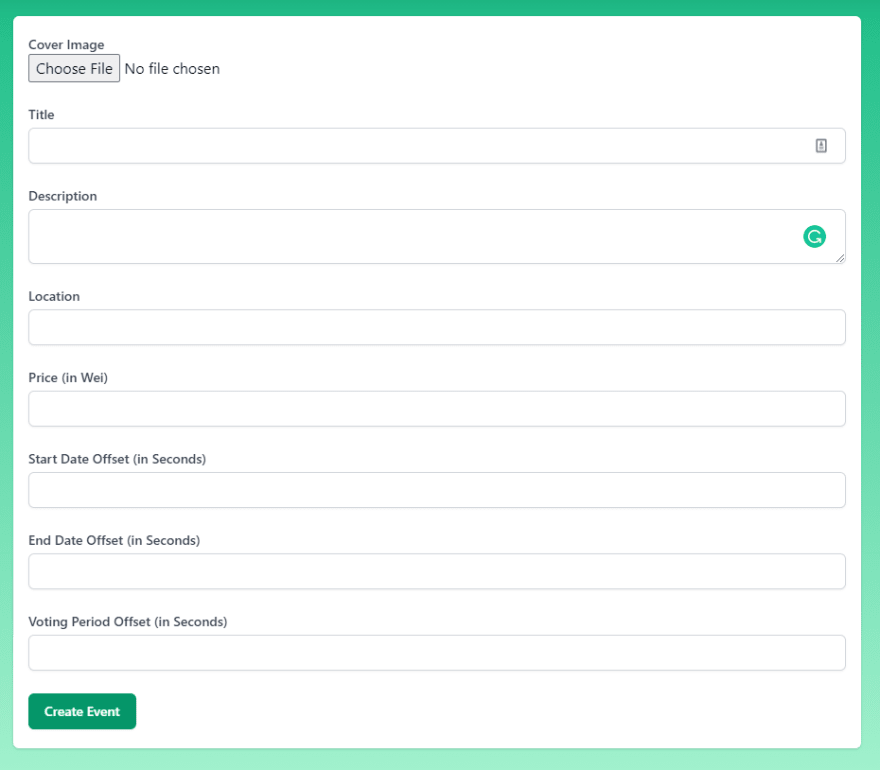 I won't go over all the fields since some are pretty self explanatory.
Cover Image

Is this user friendly? Hell no lol, having the coordinator calculate the number of seconds to determine the start date, end date, and voting period would be a huge pain. Again the user interface and user experience was not a primary concern for me when I was working on this project.

Once a user clicks on an event on the home page, they will be redirected to the drilldown page allowing users to view the event with more information. 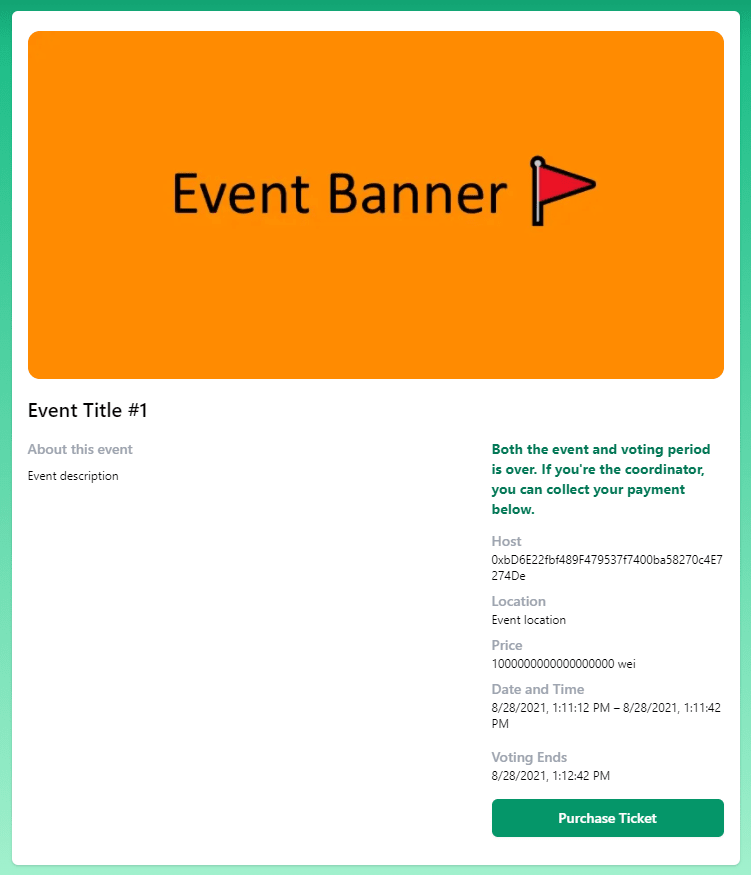 Depending on the user's role and status of the event, different actions and messages will be presented on the page.

This is an extremely fun space to learn about and I'm excited to see what lies ahead for this technology.

My first steps with Solidity

Jonathan Wang
🫂
7 Signs That You're a Good Developer
#programming #webdev #career #codenewbie
Can I get some portfolio feedback.
#webdev #programming #career
What are your favorite VS Code extensions for working with JS & TS?
#discuss #vscode #javascript #typescript