With a little time on my hands before the next project started, I was certain I could implemenet a few features like CSS quickfix and intellisense into typescript-lit-html-plugin. This was going to require debugging the language service, and given the issue ticket title “Debugging Language Service in VS Code” documentation is weird, I didn’t have the highest of hopes for a smooth experience, but in reality I was up and running with very little hiccup.

Let’s walk the steps shall we?

At this point, you should have a build of VS Code running! If not, check for build errors.

This will now let us bind and debug!

Viola! We have debugging take off. 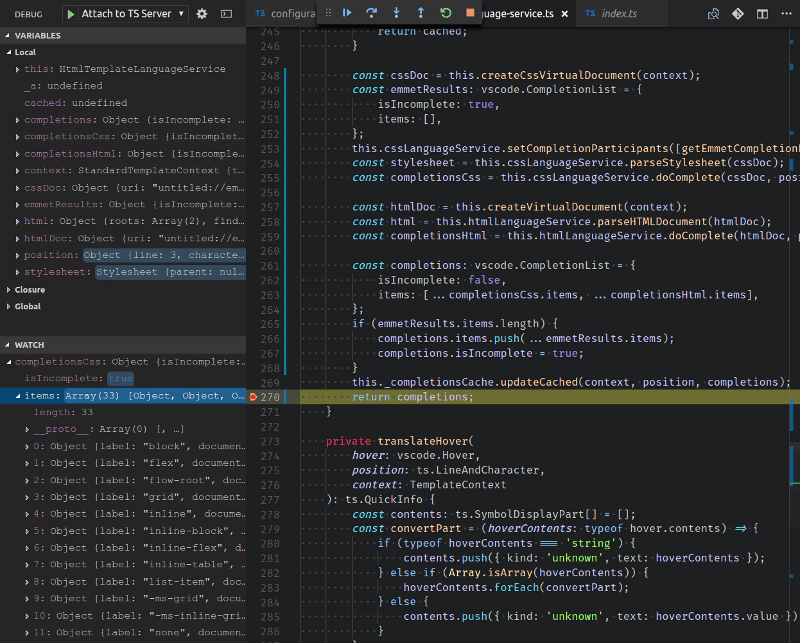 Pretty straight forward. For additional information, do take a look at the docs, which provide some additional context and methods for different debugging senarios.

How to integrate Admin Template in Laravel