I began/continue to code because...

I started to code in high school, in a computer science course that was half geeks and half people trying to fill a graduation requirement. I'm honestly not sure which group I belonged to at the start. We were the last year that computer science was taught in C++ (shoutout to Borland!) and I'm forever grateful for that.

Coding had me at "Hello, world!"

When I arrived at Bryn Mawr College, I was still pretty determined to pursue a different path, but took more CS classes for fun. And more. And more. I played with graphics, I caused kernel panics, I built robots and made them zoom around, I did nifty stuff with machine learning. 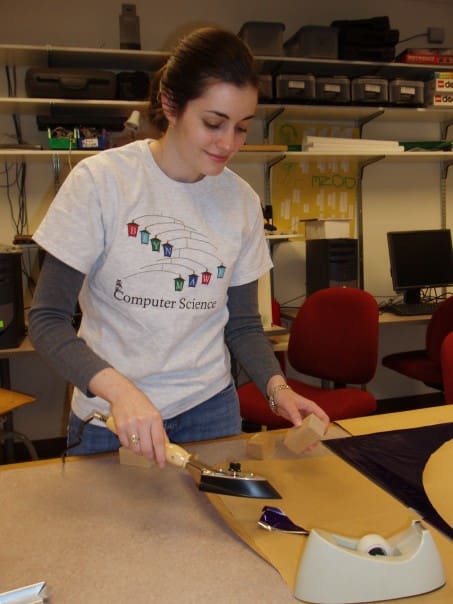 Before I knew it, this was my path.

I first fell in love with coding because:

I still love coding because of the people. While the technical challenges are still enjoyable, I take deep satisfaction in building things that help other people.

Oh my. Well, I'm not exactly private about my health struggles. The last round of whatever-the-hell-is-wrong-with-me threatened my ability to see. I had no idea how I'd continue to code without my sight. Software bugs I can fix. Biological ones I cannot. Looking at a future without my chosen profession was terrifying and demoralizing.

While eventually I got my sight back, I had also started to develop a personal tool set for coping with low vision, that I think has made me a better engineer. I rely less on what I see, and more on internal reasoning. My mental scratch pad is a lot bigger now than it used to be.

I actually have a couple of things.

My job at Google is dedicated to supporting open source. Most of the time, this means a lot of internal work to make sure that engineers at Google are supported in their open source efforts, and much of it isn't public facing. However...

While I was only involved in the starting phase for opensource.google.com, I helped with the initial design and beginnings of implementation for the project explorer. Not only does this showcase some of Google's open source projects, but it starts to show the depth of involvement of Google in the broader open source community.

I think it looks pretty shiny, too.

Can I Hug That?

Okay, so I'm still absurdly proud of the little demo I built using Google CloudML, "Can I Hug That?". (You can see a video of it in action here.) 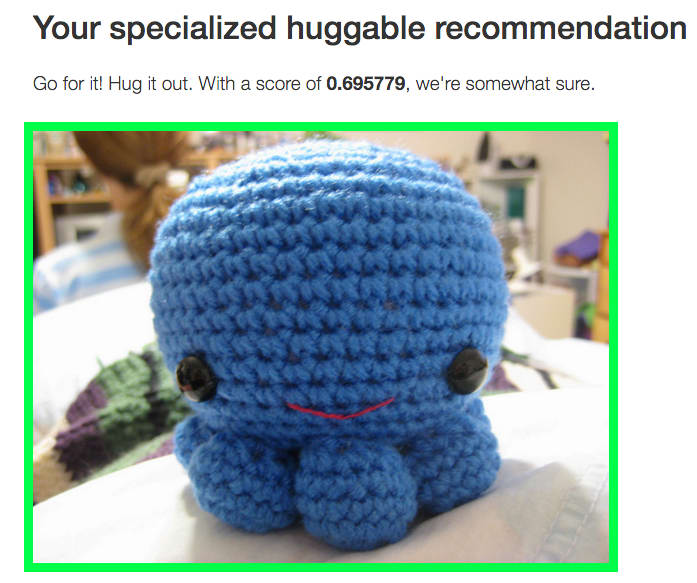 From a technical perspective, this isn't hard to do. So I'm not bragging about the engineering side of it (and I really shouldn't; the server code is a bit messy). But I do want to brag about the concept, because the goal was to pick a problem that we couldn't use a pre-trained model to solve, make it clear why a custom model would be the right approach, and make it understandable and approachable without a machine learning background.

And, based on the feedback I got on the talk and demo, that's exactly what I accomplished. I am super proud of that.

I'd like to specifically call out Ashley McNamara for being an inspiration, both for her technical leadership and community leadership. Her path into and through software engineering is a shining example of determination and skill -- one that I hope to follow. And can we talk about her art? I’ve never seen such cute gophers in my life.

Lastly, Ashley reached out to me when I felt so stuck in my life that things seemed lost, and talked me through it. I don’t know if she realizes just how much that meant to me. Thanks, Ashley.

Using .trim() to validate input strings before submission to a db✂️

Once suspended, juliaferraioli will not be able to comment or publish posts until their suspension is removed.

Once unsuspended, juliaferraioli will be able to comment and publish posts again.

Once unpublished, all posts by juliaferraioli will become hidden and only accessible to themselves.

If juliaferraioli is not suspended, they can still re-publish their posts from their dashboard.

Once unpublished, this post will become invisible to the public and only accessible to julia ferraioli.

Thanks for keeping DEV Community safe. Here is what you can do to flag juliaferraioli:

Unflagging juliaferraioli will restore default visibility to their posts.