During the first weeks of the COVID-19 pandemic, back in april 2020 my son ask me to build a Minecraft server in order to play on the same world with his school friend. After checking some available services (yeah not so expensive finally), I have chosen to build a server on a EC2 instance. This article will explain you how to optimize the cost 😜, based on the usage!

Some Tools Used in the Article

I want to rely only on AWS services as I want to increase my knowledge on this big cloud offering. There is always one service you don't know ! In this particular example I will use the following services:

Minecraft is a popular sandbox video-game. In this case I will focus on the Minecraft Java Edition, because the server version is running well on Linux server, and my son is running a laptop on Debian.

Global Architecture of the Solution

The first month operating the server, I noticed that my son is using it a couple of hours each day, and then the server was idle. It's built on a EC2 t2.small with a 8 GB disk so I have a monthly cost of about 18 US$. Not a lot but I was thinking that there is room for improvement! The main part of the cost is the EC2 compute cost (~17 US$) and I know that it's not used 100% of the time. The global idea is to start the server only when my son is using it, but he doesn't have access to my AWS Console so I need to find a sweet solution!

Here is the various blocks used:

And that's it. My son is using it this way:

Let's Build it Together

This is the initial part, you must create a new EC2 instance. From the EC2 dashboard, click on Launch Instance and choose the Amazon Linux 2 AMI with the x86 option.

Next you must choose the Instance Type. I recommend you the t2.small for Minecraft. You will able to change it after the creation. 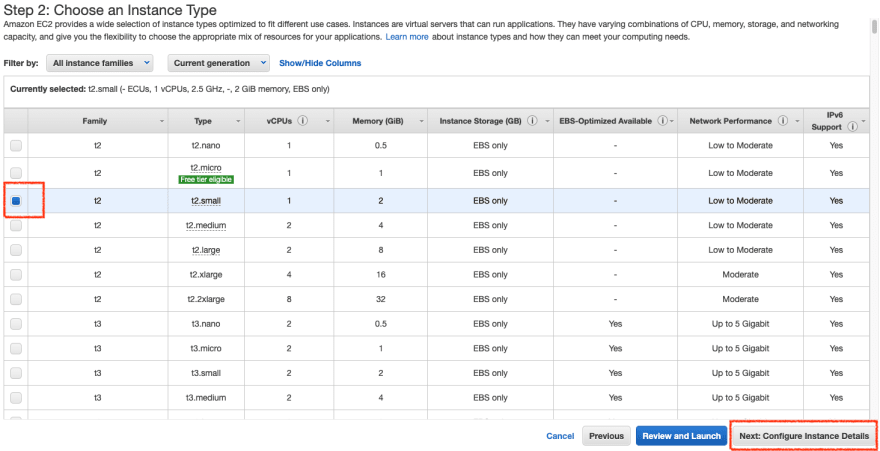 Click on Next: Configure Instance Details to continue the configuration. Keep the default settings, and the default size for the disk (8 GB) as it's enough.

For the tag screen I generally provide a Name (it's then displayed on EC2 instance list) and a costcenter (I use it for cost management later).

For the Security Group, it the equivalent of a firewall on EC2 and you must configure which port will be accessible from internet on your server. I add SSH port and the Minecraft port (25565) like you see on the following screen:

Then to start the instance you must select or create a key pair. It's mandatory and allow then to connect remotely to your EC2 instance. In my case I am using an existing key pair but if you create a new key don't forget to download on your laptop the private key file. 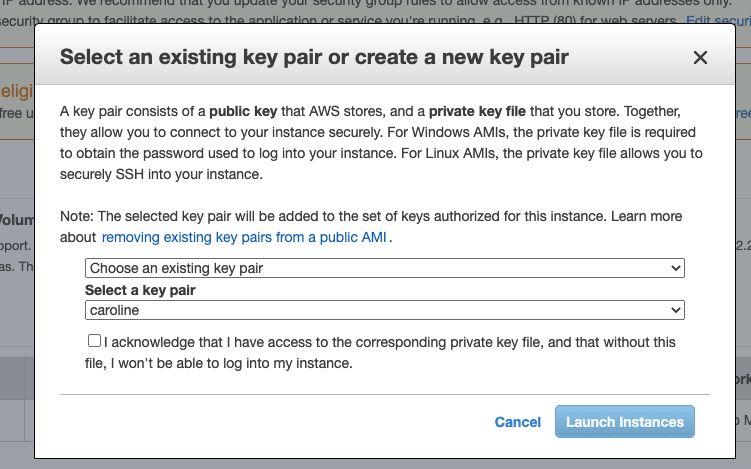 Yes my key is named caroline. Why not?

Then you must connect your instance via SSH, I recommend this guide if you need help. Basically you must run this kind of command:

And I want a dedicated user:

To install Minecraft you can rely on the Minecraft server page here.

For example for the version 1.16.5 I can run the following:

⚠️ Warning regarding Java version:
It seems that starting with Minecraft 1.17, it require now a Java JRE 16 (instead of Java JRE 8). Here the tutorial focus on Minecraft 1.16.5 which is the latest version compatible with Java JRE 8 (easier to install on Amazon Linux 2).
This site is giving you links to download older Minecraft versions.
If you want to download a more recent version of Minecraft you will have to install also a more recent version of Java, or you will get the nasty following error:

I have created a little service to avoid start manually the server. I want the Minecraft process to start as soon as I start the server.

To do that I have created a file under /etc/systemd/system/minecraft.service with the following content:

Then advise the new service by the following:

Now if you restart the EC2 instance a Minecraft server must be available! You can check ✅ this first step!

I am not speaking of the fact that the IPv4 is dynamic by default. I recommend to setup an static Elastic IP for this server (here!) in order to get a static IP.

Let's first create our Lambda function. Go into Lambda, and click on Create function to build a new one. Name it mc_start and use a Node.js 14.x or more runtime.

Then you must have this type of screen: 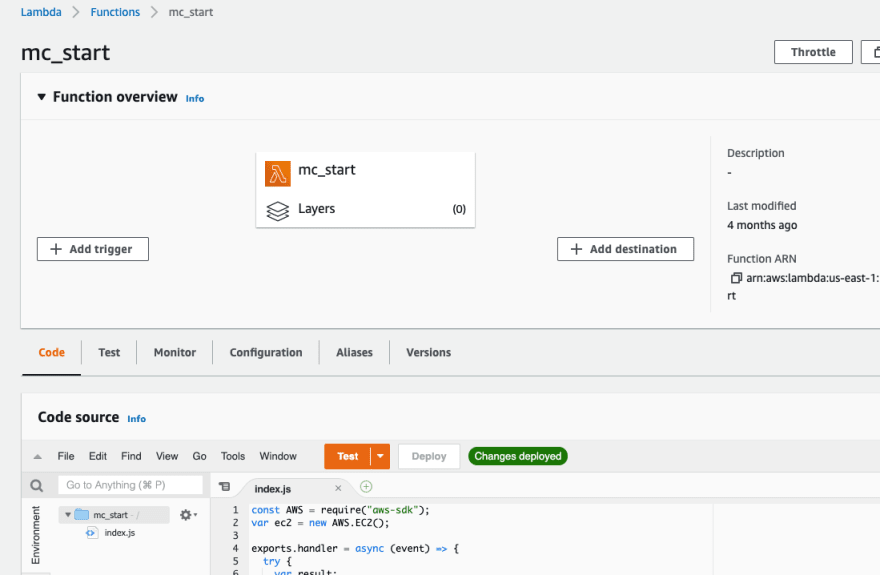 Replace the content of index.js file with the following:

In Configuration, set the following: 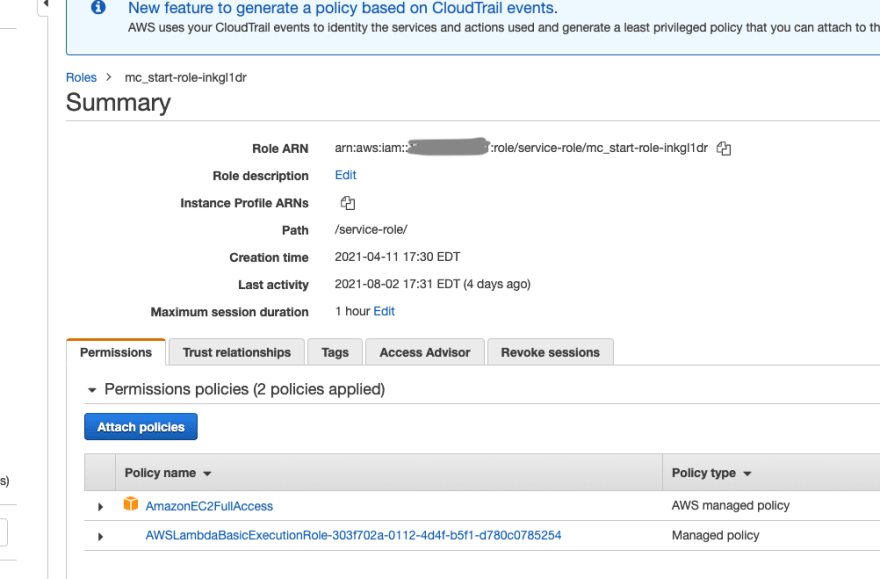 In Simple Email Service, it's time to create a new Rule Set in the Email Receiving section:

If SES is receiving an email on this particular identity:

It invoke a Lambda function: 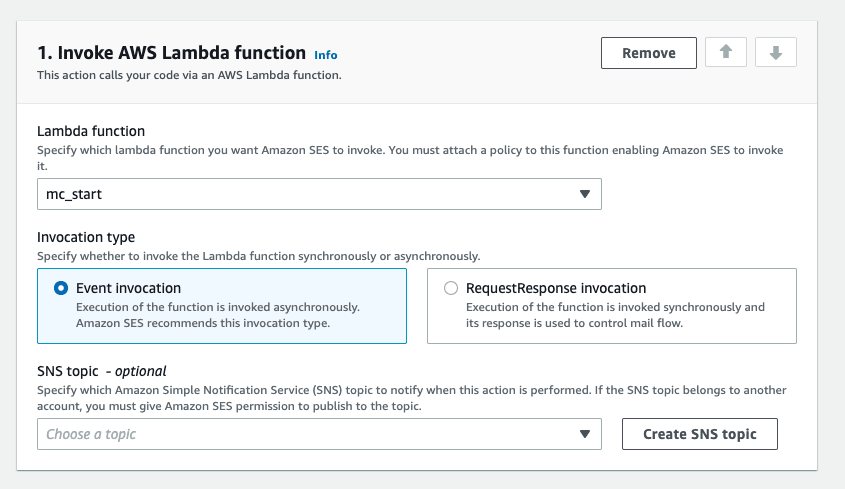 You must add the domain to the Verified identities to make this work.

This time we want to stop the instance after 8h. It's a simple Lambda function.

Let's first create our Lambda function. Go into Lambda, and click on Create function to build a new one. Name it mc_shutdown and use a Node.js 14.x or more runtime.

Replace the content of index.js file with the following:

In Configuration, set the following: 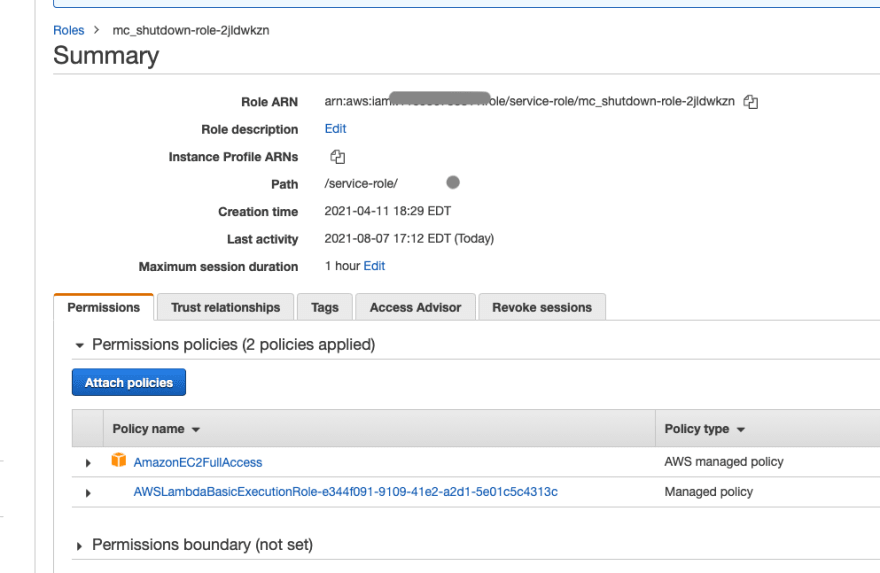 We add a trigger to fire the task every 20 minutes: 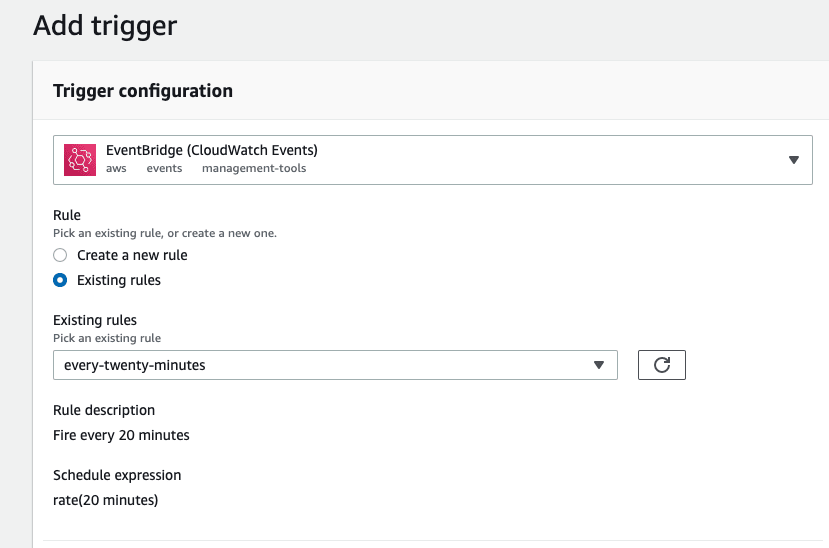 Hurray the configuration is done !

This setup is working nicely here, my son is happy because he start himself the instance when he need. I am happy because it reduce a lot the cost of this service. On the last 3 months I see that the EC2 Compute cost for this server is less than 1 US$ 😅 (around 17 US$ before the optimization) so 95% less expensive !

Currently the configuration is made manually in the console, I would love to spend some time to change that one day, using for example the CDK toolkit.

It's also probably possible to manage the storage of the Minecraft world on S3 instead of the Instance EBS disk (some $$ to save here, but not a lot).

It was a very fun project to build using multiple AWS services! Do you see other usages of dynamically boot EC2 instances using Lambda functions? Let me know in the comments!

Getting started with GraphQL in .NET 6 - Part 1