A Lesson from History

Have you ever felt like you just needed another “You” to get everything done in time? That’s how we, at Carnot, felt when our customer base increased at a rate, way beyond our expectation. It was like taking on a sea swimming challenge just after finishing your first lessons with floaters.

For the backend team, it meant having to support 20 times more traffic without impacting customer experience in any way. It was a challenge, and it did not help the fact that our entire backend team consisted of only three people. But you know what they say — “No pressure, no diamonds!”

We learned a lot of empowering lessons from those demanding times. One such lesson was — Auto Scaling, which is arguably the most important cloud management tool.

In the early days, when we knew little about handling traffic peaks, we had a monolithic architecture. A socket server would allow our IoT devices to connect & send data, which was then queued in a Redis cache until it got processed by our main server.

As our clients increased, the entire cloud pipeline was affected by the slowest component. The Redis cache which was used only for queuing soon had a large queue and ran out of memory.

At that time, not upgrading the cache for better memory specification would have meant losing valuable customer data. Hence, we selected the Redis plan so as to support data retention in the queue even during the peak traffic time.

The system was stable with this. The only problem was that we were paying a lot more than what we were utilizing. On deeper analysis, we found that the so-called “peak traffic” would occur only during certain hours of the day. 75% of the time, the extra memory opted, was unused. But we were still paying for it.

Our top reasons to have a system - an auto-scaling feature on all our Redis instances were:

Frankly, “auto-scaling” was a buzz word for us at that time. We had read a lot about it and understood that it helps to automatically detect your traffic & scale your cloud components. We knew that we absolutely needed this. But we could not find an easy plug and play solution for our scenario — Redis scaling on the Heroku platform.

So, we decided to do what we do best at Carnot — Start from basics and build your own in-house system

What we needed was a mechanism to

Well, that’s what we built for one Redis, then the other and another; until we created a standalone plug-and-play solution of our own — for any Redis on Heroku. 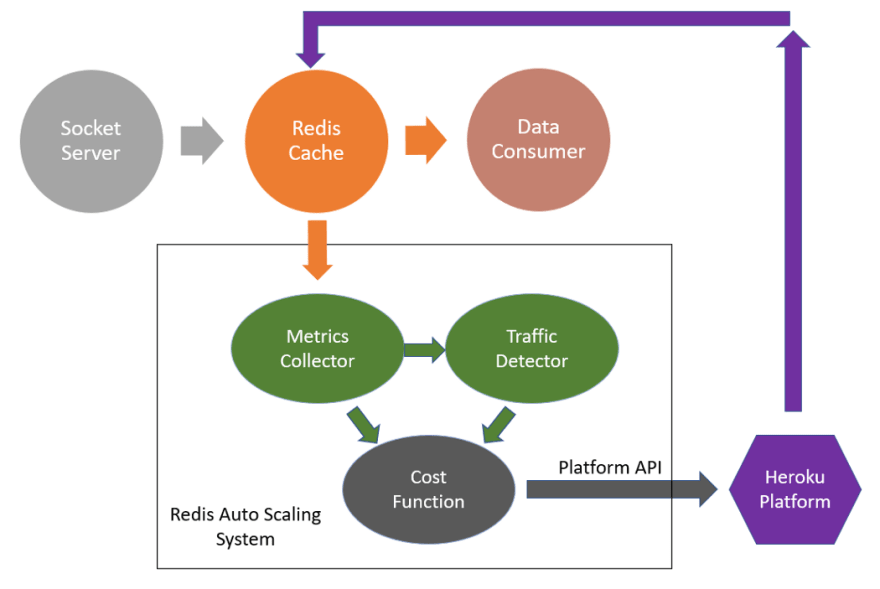 To monitor the Redis health, we selected two most critical metrics:

We designed a metric collector that would connect to the concerned Redis and collect these metrics periodically using INFO command. The frequency of metrics collection was kept configurable (with minimum of 30 sec) and could be selected as per the expected rate of traffic change. The metric collector would store these metrics in a connected database.

We also pre-defined scaling thresholds for the Redis that needed monitoring & scaling. The traffic detector would actually store these thresholds in database and would compare the metrics collected by metric collector against the thresholds to decide whether scaling was needed. Example - if a threshold of 80% is set on memory consumption, and current consumed memory has been above 80% for a while, "scale-up" decision would be given.

For our cost function, we had all the available Redis plans stored in database along with details like maximum offered memory, maximum offered client connections, cost, etc. To save cost, we needed to scale down the Redis without causing too frequent back-to-back "scale-up", "scale-down" decisions. This is why we added

Example - if a threshold of 80% is set on memory consumption, and the current consumed memory has been less than 75% of the memory offered by lower plan, "scale-down" action was decided.
The actual scaling was done using stored details of the Redis and the Heroku Platform APIs.

We have made this entire system open source. If you are facing a similar issue, feel free to set it up in your account and share your experience. Any issues/suggestions to improve the system are most welcome.

Post deployment initialize.sh is run from console.
This does 3 things:

Run python add_redis_mon.py from console
This will prompt you for all information related to redis instance for which auto scaling needs to be enabled.

To setup the project locally, follow this reference guide

While working so much with Redis caching, queuing and more specifically with Redis auto-scaling, we realized that Redis Cloud was the best suited solution for our used case.
With other service providers we observed one of these problems:

Overall, we found that Redis service by Redis Cloud would scale quickly while maintaining all the data. We ended up migrating all our caches to Redis Cloud 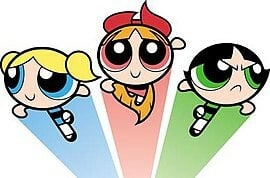 After sugar, spice & everything nice and an accidental chemical X, we are now capable of supporting over a million IoT nodes. We have definitely come a long way from those early times and learned a lot along the way.

As we grew, most of our systems moved away from Heroku (to AWS) in order to save costs. But, for any start-ups/developers out there who are dealing with around thousand client nodes and use Heroku as their preferred choice of platform (for its obvious ease of set-up), we hope this blog would be helpful.

We are trying to fix some broken benches in the Indian agriculture ecosystem through technology, to improve farmers’ income. If you share the same passion join us in the pursuit, or simply drop us a line on report@carnot.co.in

This post is in collaboration with Redis.
Learn more:

How to convert Tex to PDF with a LaTeX API

Making Progress: How I've learned to move towards my goals

Once suspended, juhi04 will not be able to comment or publish posts until their suspension is removed.

Once unsuspended, juhi04 will be able to comment and publish posts again.

Once unpublished, all posts by juhi04 will become hidden and only accessible to themselves.

If juhi04 is not suspended, they can still re-publish their posts from their dashboard.

Once unpublished, this post will become invisible to the public and only accessible to Juhi.

Thanks for keeping DEV Community 👩‍💻👨‍💻 safe. Here is what you can do to flag juhi04:

Unflagging juhi04 will restore default visibility to their posts.