Picture your database server. Now imagine it somehow breaks. Despair comes up and disturbs the reaction.

We felt the need to improve our production database and data backup strategy as we identified it was giving the servers a hard time performance-wise and the disaster recovery process was very hard in most procedures.

So, we started to design a migration plan to solve this. We also took the chance to update the Mongo version in use to benefit from new features and security improvements. 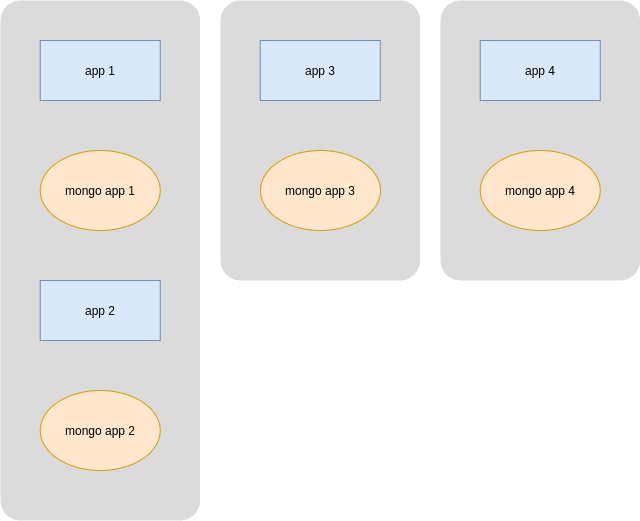 The Mongo service was kept using a mongodump/mongorestore strategy.

The first part of the mongodump/mongorestore strategy is composed of Cron jobs that dump the data in the Mongo database to a different Mongo instance with the mongodump utility.

The command above outputs a Mongo data dump file named mongodump-2013-10-24 on /opt/backup directory, from the connection to mongodb1.example.com.

The second part of this strategy is restoring the second database by the data in the mongodump with mongorestore utility.

The mongorestore program loads data from either a binary database dump created by mongodump or the standard input (starting in version 3.0.0) into a mongod or mongos instance.

The command above writes the data from /opt/backup/mongodump-2013-10-24 file to the Mongo instance on the mongodb1.example.com connection.

WARNING: The process of mongorestore utility is NOT incremental. Restoring a database will delete all data prior to writing the mongodump data.

To improve our production database and solve the identified limitations, our most clear objectives at this point were:

And to get to these objectives, we defined the following plan:

We will publish a second part of this tutorial soon, where we will go through each of these topics.

Some of the achieved results were: 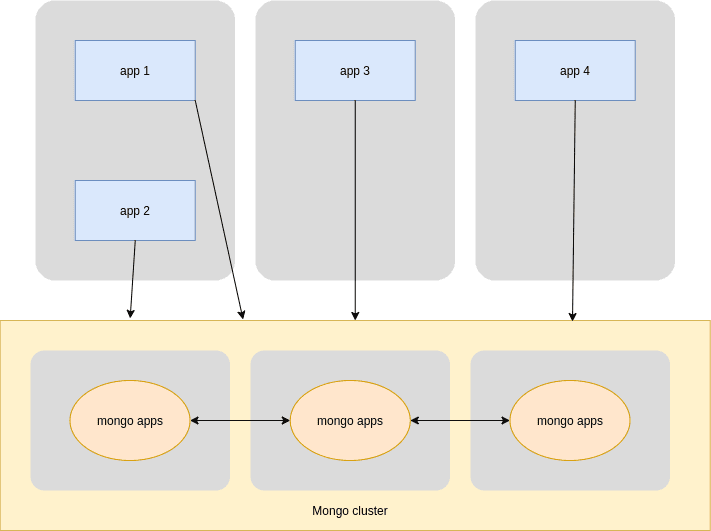 This post is more than about MongoDB replication on Docker. It is about a victory in stopping the infrastructure growth going in the wrong direction and having things done the way we thought they should be.

Much like a tree growing on a vase, we should plant it in a garden, where it can grow freely. Now, we will watch that tree scale without adding a new vase every time it needs to grow and not be afraid of breaking them. That's what high availability clusters are all about — building an abstract module for the application layer which can scale and keep being used the same way.

The whole process was done with intervals between major steps, to allow checking if the new strategy was working for us. We are very glad to have all the problems in the before section solved.

Achieving this means that we are now prepared to scale easily and sleep well knowing that MongoDB has (at least) database fault-tolerance and recovers by itself instantaneously — which lowers the odds of disaster scenarios.

Meanwhile, you may like our post about Row vs. Columnar Databases or our full-stack tutorial on Creating a Public File Sharing Service with Vue.js and Node.js.

Another resource that you may find useful is our free data sheet on JavaScript Security Threats, which provides an overview of the most relevant attacks to JavaScript apps and how to prevent them.

Which Programming Language is the best to learn?

How to create a MongoDB full text index

Speed up Laravel in Docker by moving vendor directory