There are three types of linked lists: singly, doubly and circular.  Today I will be talking about singly and doubly linked lists. Linked lists are a type of data structure that helps us store data that are made up of nodes. Linked lists are linear and are an alternative to using arrays. The data is stored in a non-contigious way, which means the data is storad randomly and not in a straigh line. Unlike arrays, the size of a linked list is not fixed. The size/length of the list can increase or decrease on demand. One down size to a linked list is that it does not allow direct access to individual elements(nodes) like arrays do.

Let's take a look at the ES6 setup for a singly linked list:

Here is the ES6 set up for a doubly linked list: 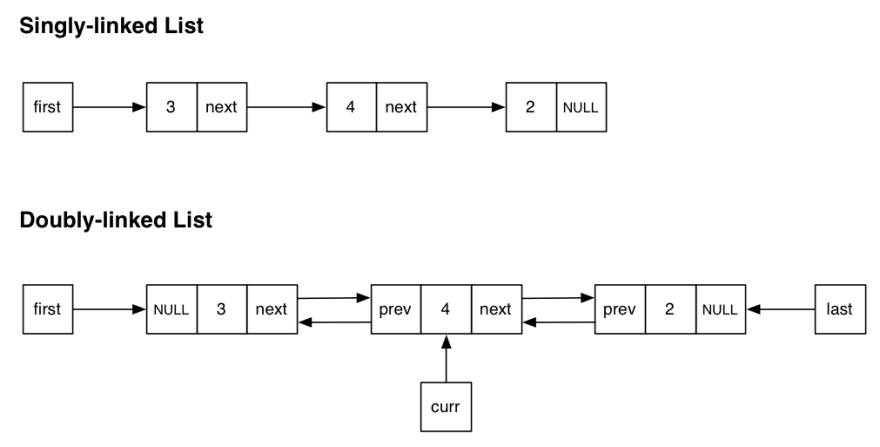 Here is a look at the time complexity of linked lists: 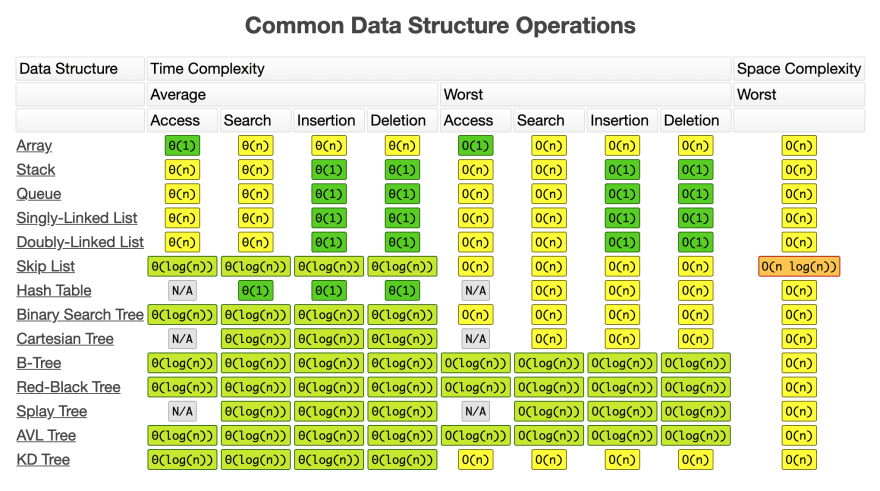 Linked lists are good when needing to insert or delete data. Worse-case Scenario time complexity for inserting or deleting in linked lists is O(1) which is constant. Unfortunately when accessing or searching, the time complexity is O(n)(linear) which means it willtakelonger to access or search.