Let's take a look at the Pclass and Survived features below produced from Line 1: 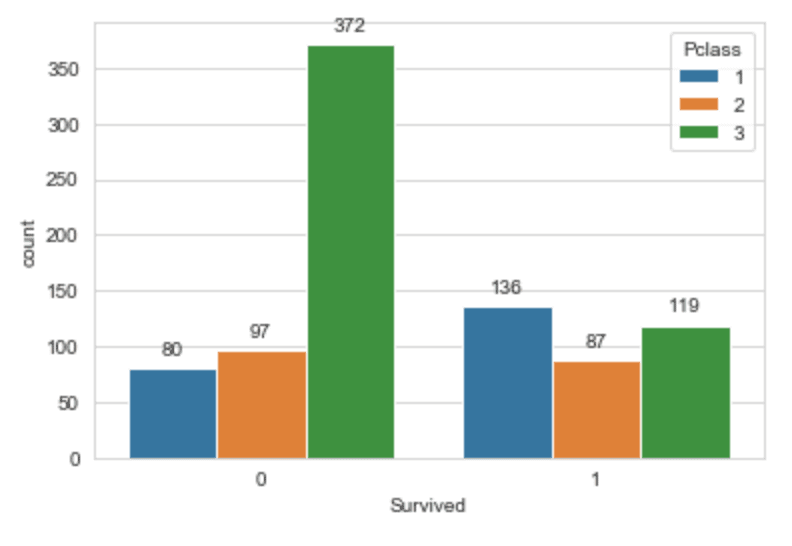 From the count plot output above, which is produced from Line 1, it seems:

To know the why's behind the insights above, you can ask questions like:

Now you must also be wondering what gender had a higher survival rate? Look below: 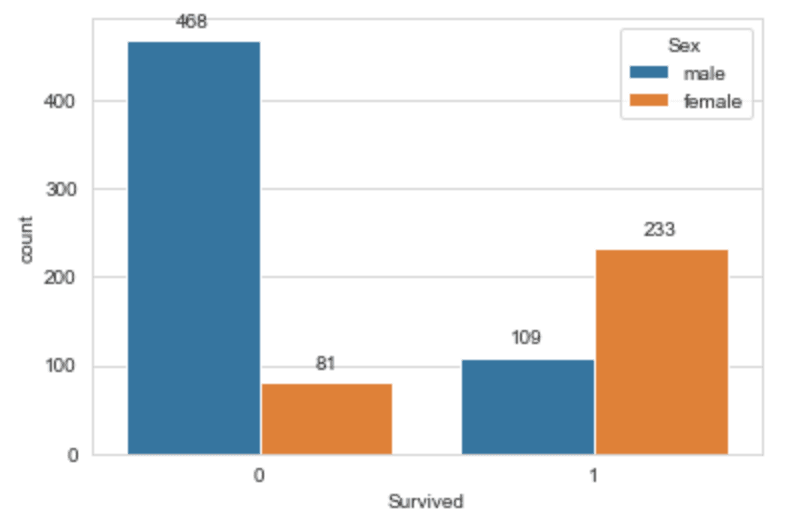 From above, remember in Part B that the total number of people who survived is 549 - So, we can see that a lot more males didn't survive.
The above insight brings more questions comes to mind:

Now, let's see how more than 3 features relate below: 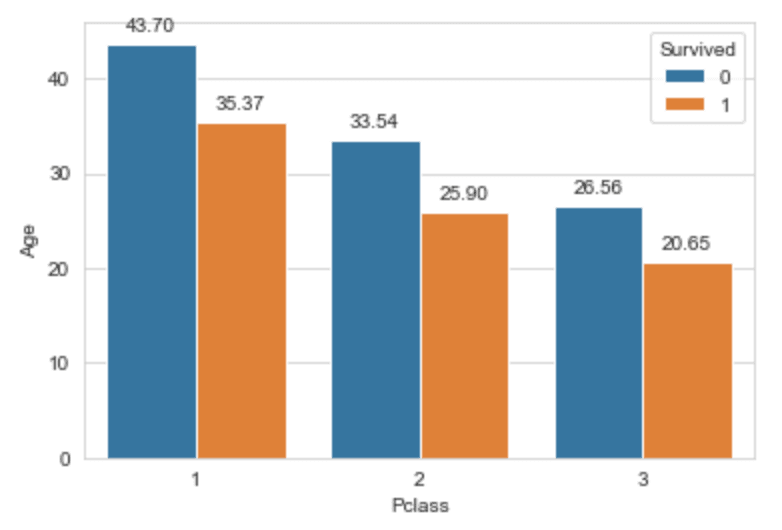 From the bar plot output above, produced from Lines 7, it seems that:

Then, looking at features Age, Sex and Survived below: 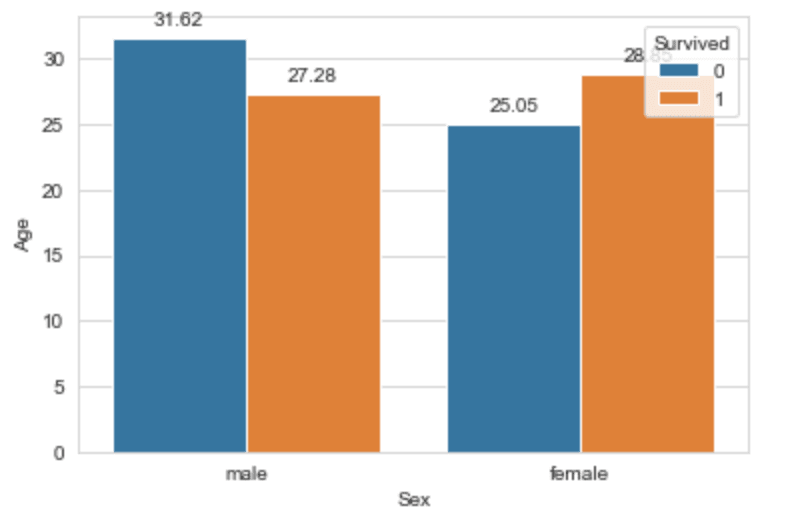 From the above, it is visually obvious that males and females with an average age of 27.28 and 28.86 respectively survived.

Let's visually explore the Fare feature output for Lines 13 and 14 below: 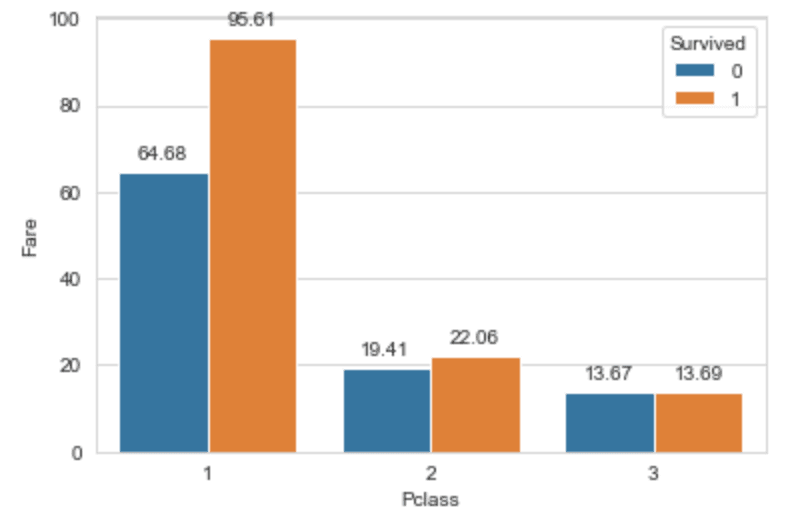 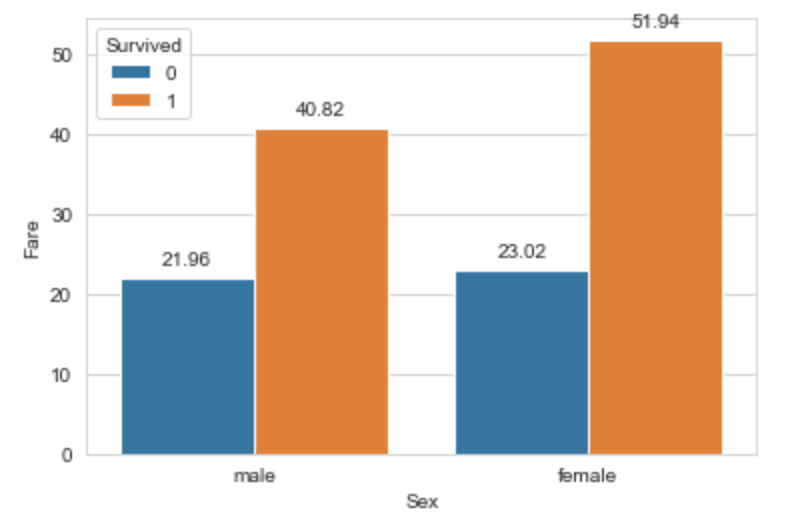 From the above, it seems that:

When you run other lines of code for other features that include Embarked, Parch, and SibSp, you will draw much more valuable insights from the data.

We sure got more insights which improves how much we understand our data. So, always try to understand or ask about the why behind insights discovered. Stay tuned for the next part where we collate all insights and valuable patterns and dive into Feature Engineering still using the titanic dataset. Have an amazing December! 😉