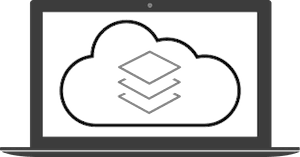 Currently, the focus is primarily on supporting the AWS cloud stack.

Let's start at the beginning - what is localstack exactly?

Localstack an open source project that provides users with api's that fulfil the api's provided by the amazon web services, what does this mean? It means that you can have your own AWS running on your own - local - machine.

What are the advantages of this?

Sometimes spinning up test resources in AWS is expensive, especially if you are an individual (or maybe a corporation with a a lot of individual employees) spinning up a for example dynamo db table for each developer to develop against would probably be more expensive than any service you want to create.

The base version of localstack (that includes dynamo service) is free! So in a development environment you could have people communicate with that service.

Sometimes communicating with the cloud can be expensive not for the pocket but for wait times, this way all tests and code will be talking to a local version so should be faster 😉.

I don't know about you but I work at a company that has a devops team that like to be "in charge" of all of the infrastructure - which means that if I need a new S3 bukcet, dynamo database, or (insert other services here) I have to raise a ticket to create a piece of insfrastructure for testing, which can take time. With a local version of AWS I can spin up whatever I want, so whilst I wait for actual infrastructure I can continue with my work locally.

We can create tests against the local version, which means if we've broken anything we can run the same tests as we did for the previous version and if any fail we know that something has been broken whilst developing the new feature faster.

There are a few ways to "use" localstack, one of my favourite ways is to have a docker compose file (just to note I will not be talking about docker here) which look something like this:

One of the things that I wanted to achieve with Localstack was to create a test infrastucture with a legacy application I've been working on. This particular API made use of the following AWS features:

Attempting to make it as simple as possible for developers to clone the code from our private repository and hit build and have a localstack instance running on their machine in a configuration that would allow them to perform every branch of code in the API.

Just as a note of where this is in Visual studio if you right click your project and click "properties" and go to build events, this particular script is entered intot he "pre-build event command line"

This script checks to see if a particular docker container has been created - if not then it will call the docker-compose file within the direction that is passed into the script (the solution directory):

just as a reference:

full reference for this command here

You may have noticed this line in my docker-compose file: "./setup-dev-env.sh:/docker-entrypoint-initaws.d/setup-dev-env.sh", this is essentially copying a file into directory inside the docker container, every .sh file in this particular directory of localstack gets run when we run the docker-compose up command, this is where I create all of the infrastructure that the API need to run:

Low-code ABAC: a prerequisite for the Future