Git is an essential collaborative part of any programmer/developer/DevOps engineer's daily routine. Git is widely used in the industry with version control platforms such as Github, Bitbucket, etc.

There is a multitude of commands to use for Git; mastering them takes time and effort. In this post, my aim is to share with you some of the more frequently used commands in Git that every developer should know.

Git clone is a command that is used for downloading existing source code from a remote repository (Github, Bitbucket). Basically, git clone makes an identical copy of the latest version of a project in a repository and saves it within your local filesystem on your local machine.

Generally, I clone with https: 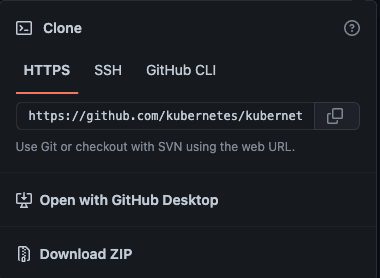 This will make a copy of the repository to your local machine so you can start working with it, make changes, etc.

By making use of branches in Git, several developers are able to work in parallel on the same project simultaneously. We can use the git branch command for creating, listing, and deleting branches.

This command will create a branch locally.

To push the new branch into the remote repository, here is the command to use:

This is also one of the most used Git commands. In order to work in a branch, we first need to switch to that branch. We use git checkout mainly for switching from one branch to another. It can also be used for checking out files and commits.

Here is a shortcut command that will allow you to create and switch to a branch at the same time:

This command creates a new branch in your local (-b means for branch) and checks the branch out to new right after it has been created.

The Git status command gives all the necessary information about the current branch.

This information is very important, it provides:

Whenever we create, modify, or delete a file, these changes will happen in our local and will not be included in the enxt commit.

we need to use the git add command to include the changes of a file(s) into our next commit.

Add everything at once:

The famous Git commit command is probably the most used command of Git. To save our changes we make use of git commit.

Git commit is like setting a checkpoint in the development process which you can go back to later if needed.

We are able to write a short message explaining what you have developed or changes in the source code.

If your branch is newly created, please upload the branch with the following command:

PS: Git push only uploads changes that have been committed

The git revert command is used to undo the changes that we've made.

To see your commit history, make use of this command: git log --oneline

Specify the hash code next to your commit that you would like to undo:

The Git revert command will undo the given commit, but will create a new commit without deleting the older one.

The advantage of using git revert is that it doesn't do anything to the commit history. Also, everything happens in our local system unless we push it to the remote repository.

Once you have completed development in your branch and everything works as intended, the final step is to merge the local branch with the parent branch (remote branch). This can be accomplished with the git merge command.

Before merging, you should update your local development branch:

Then, we can merge your feature branch into the remote branch:

PS: Please ensure your local development branch has the latest version before you merge your branches, otherwise, you may face conflicts or other unwanted issues with versioning and state control

I hope these frequently used Git commands will help all developers in their daily tasks. There are many more things to learn about Git and complex ways of versioning, therefore, I encourage you to continue learning Git and take things future.

Why you should use command line interface rather graphical user interface

Once suspended, jordan_t will not be able to comment or publish posts until their suspension is removed.

Once unsuspended, jordan_t will be able to comment and publish posts again.

Once unpublished, all posts by jordan_t will become hidden and only accessible to themselves.

If jordan_t is not suspended, they can still re-publish their posts from their dashboard.

Once unpublished, this post will become invisible to the public and only accessible to Jordan Tingling.

Thanks for keeping DEV Community 👩‍💻👨‍💻 safe. Here is what you can do to flag jordan_t:

Unflagging jordan_t will restore default visibility to their posts.