I have recently made a bug fix release of the Perl distribution Crypt::OpenSSL::PKCS12.

The 1.8 release fixes some issues with string length calculation and were all driven by @SmartCodeMaker, I just did reviews, merges and the final release to CPAN.

I know have written about this before, I got involved with Crypt::OpenSSL::PKCS12 and Crypt::OpenSSL::X509 out of necessity in that sense that it was a part of my stack at work the original author and maintainer Dan Sully, was no longer quite so active, luckily he allowed for me to be a maintainer and do releases.

At the same time it gave me an option to learn XS, the foreign function interface for C and C++.

My learning of XS has been slow, but once in a while I receive a PR, which require for me to review code, so I am learning the hard way.

The repository had accumulated a few PR, so I went over to flesh out a plan on how to get them processed.

The first one I attacked was PR: #38, which was a small cleanup addressing the issue of printed output being mangled. The contributor had added a very nice reference to documentation describing the de facto approach, so it was quite easy to see what the fix would do.

Next up was PR #37 a more challenging PR. When doing the review I was reading up on aspects I was not familiar with and then I fell over a great article on DEV on one of the constructs. 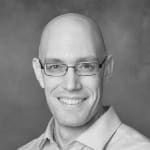 Not many Perl articles on DEV, so this required a mention. The approach in the article was not applicable it was nice to at least have considered options and having a dialogue about the PR.

I enabled some CI jobs along this since I have failed in the past with releasing Perl distributions and it displayed an issue with the Windows build.

@SmartCodeMaker was quick at addressing this and all the tests where passing in no time and the release got shipped to CPAN.

Thanks to @SmartCodeMaker for the contributions and also thanks to Tim Legge @timlegge who made the PR towards Crypt::OpenSSL::X509, which was used to get GitHub Actions working for this project.

There is one PR left in the repository, which is a actually a new feature. The author has been so kind as to rebase with the changes from the above relase and next up is digging into this PR and hopefully getting a release out the door.

How I Set Up GitHub Actions for a Python Project