Almost a year ago I received a comment on one of my articles.

The argument goes on to explain because it is A Ternary Operator, I should refer to it as The Conditional Operator.

This disagreement about language isn't limited to just this one comment thread. I have even seen people correcting others to use A Ternary Operator on top answers on Stack Overflow.

Spelling, Grammar and English in general aren't my strong subjects (I do better with 0's and 1's). But, even if I was using the English language incorrectly, I didn't feel like it took anything away from the article. So I had dismissed this as being trivial.

After a fairly lengthy discussion about the grammar. I thought I had made some persuasive arguments. I even referenced some usages of "the ternary operator" in the Mozilla docs. Even so, neither of us were able to come to agreement.

So why am I still thinking about this almost a year later?

My OCD brain wouldn't let this die and I kept thinking about that argument. The other side of the argument was logical. It made sense to me. I understood it. But still, for some unknown reason, I didn't like it. To me it was still The Ternary Operator.

This unresolved discussion left much dissatisfaction in my mind for a number of reasons. First, only one of us can be correct, which means one of us has to be wrong. Second, the correct person (even though correct) has also failed because of their inability to effectively communicate their ideas to the other. Dissatisfaction for both parties.

So here is my argument to persuade everyone once and for all that the correct usage is either The Ternary Operator or The Conditional Operator and it is incorrect to say A Ternary Operator.

First we have to lay out a foundation of facts that we can all agree upon. Without this foundation, it will not be possible to come to an agreement.

Fact 3: When using A/AN you are referring to one of a collection of items. Examples could be "A Shirt" or "A Dollar".

My house contains only one cat, his name is Mojo. Mojo is of type Cat, like how The Conditional Operator is of type Ternary Operator. So I can also demand "Bring me THE cat" and you will understand. If I had spoke "Bring me A cat", this would cause confusion and you might think I am asking for a cat other than Mojo.

"Pass me THE remote". I have multiple remotes in my house, but you damn well know which one I am referring to. So even though there are multiple remotes, a specific remote is in context, allowing me to use THE.

I have done my absolute best job to put and end to this discussion. Not for your benefit. See I don't care about you at all, I just want to get this dammed loop out of my brain ARG!!! The only way to do so was to write this f'n article.

This was wordy, sure. I know all too well that I have to go into as much detail as humanly possible. That is because I fully expect one of you poindexters (in your best Jerry Lewis voice) to come back with some "Well, in the instance of multiple species of fish it is actually correct to use the plural form Fishes instead of Fish." But please don't. Give my poor little wee brain a break! lol

I do hope you got some enjoyment from my insane ramblings.

Does your brain get hung up on trivial nonsense like this? I would love love love to hear some stories! 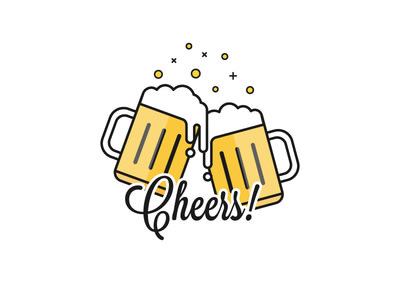