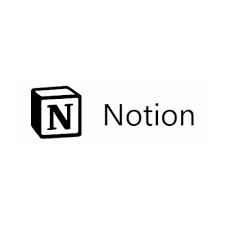 What I Use Notion For?

I have Notion setup as my project manager. I list every future project and put it onto a board. This creates the workflow that most project management tools have. I can set start dates and due dates and have them displayed on a calendar or a list or a table.

My projects consist of blog posts, YouTube uploads, web design projects and just everyday tasks. I have different workspaces to separate each area. I even taken the time to make a digital bullet journal with Notion. Although I don’t use like my physical bullet journal, I definitely can tie the two together for ease of mind.

The Best Part About Notion

You can start one page, set it up, then think, I need to go into this more but I don’t want to start a completely new page. This one thing still pertains to all of this. The best thing to do is to turn this line into a page.

A page in Notion is just another way to links ideas together. It acts as a link to more ideas and thoughts on the topic.

The next best thing is having shortcuts. Ever had an idea that is related to another idea, but one of these ideas is a full written page in Notion?

Well another cool thing that Notion allows you to do is create links to existing pages. 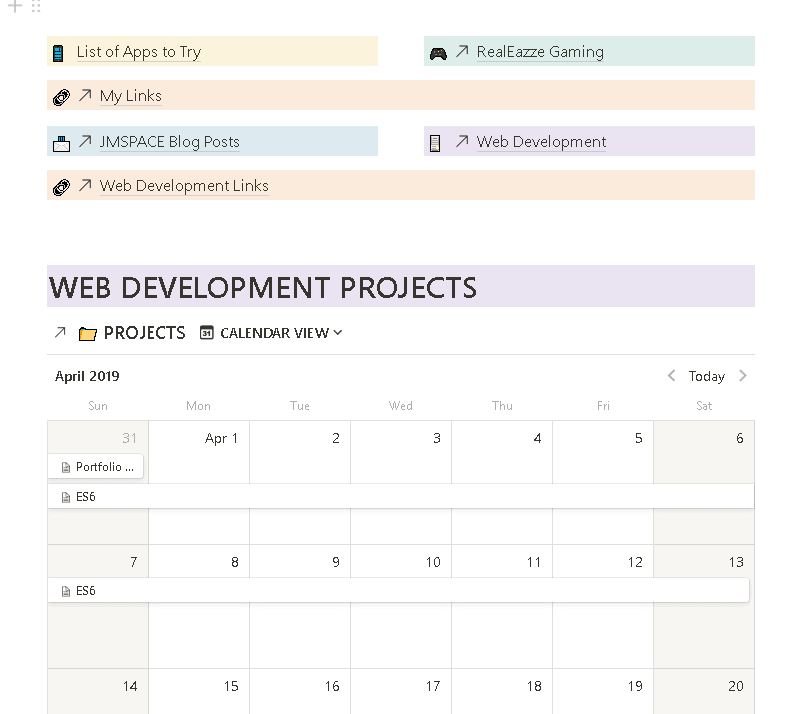 Notion allows for embedding webpages or documents. There’s an option to show content or let just be a link. If it’s a Google Doc, you can embed it into the page or simply leave as a link. If it’s a link to a webpage, it can be shown as a bookmark. This shows detailed box of the webpage as a clickable link.

Compare it to Others

I was using Asana before completely moving to Notion. Notion is more open than Asana. The biggest to compare it with is the views. Asana could only have one view of a project, unless you create another project as a list or board. With Notion, if you create a list, within that list you can create a board, a calendar or a table. This better because it all happens to the list itself. You don’t have create a new project and then add all the tasks listed to the new project. Notion does it for you.

Trello is just a board or a Kaban style app. Notion is this and more. I can’t really speak on Trello. After using it for awhile, I switched to Asana. Asana had more, so if you need more than Trello but less than Notion, go will Asana.

ClickUp could beat Asana and Trello, but a lot of people say it’s complicated. I think it’s complicated, too. I was with ClickUp first. ClickUp was in its early stages. The web features hadn’t caught up with the app. So for me, it was lacking. Then to Asana I went. Now, I’m back with ClickUp.

ClickUp can be as complicated as Notion is when first starting out. The system that makes it so unique can also be the reason for its downfall. But I stuck with Notion and came back to ClickUp. I think that once you see your management system simple and using it in a minimal view, then only can you come in and add all the ‘complicated things’ that Notion or ClickUp has to offer.

Although Notion is great, I don’t think it’s ready to replace Word Documents. I prefer to type documents in apps like Word or Dropbox Papers(which I’m currently doing for this article). I did not know that Dropbox Papers existed. Notion’s blocks are the reason for this. Anytime you press enter, it becomes a new block. So separating paragraphs become a hassle. When it’s time to move all the text typed to maybe a blog post, it gets tedious. A way around is to get the markdown for the page so it can be exported with a crazy back and forth copy and paste.

At one point, I was trying to write a blog post and everything that I was typing began to disappear. This was a bug in their early days. This is not a problem no more. I just can’t get into typing in notion, especially if I need to select a certain amount of text and copy it elsewhere.

I won’t use Notion to type an entire document or article, but for brainstorming is the best for me with Notion. Typing a entire document in Notion is possible, I just prefer not to(it counts against my quota).

If you’re not into some complex database or Excel spread, Notion could work for you.

I have ave a database for links that I want to save. It’s simple. Go to webpage, share and choose the workspace and database and save. It could even work with even more complex ideas than this.

You could keep a list of contacts or clients. Store all of their non sensitive data here. You could create a database that keeps track of the who does what, when that due, when that needs to be done, where it’s being done and so on. 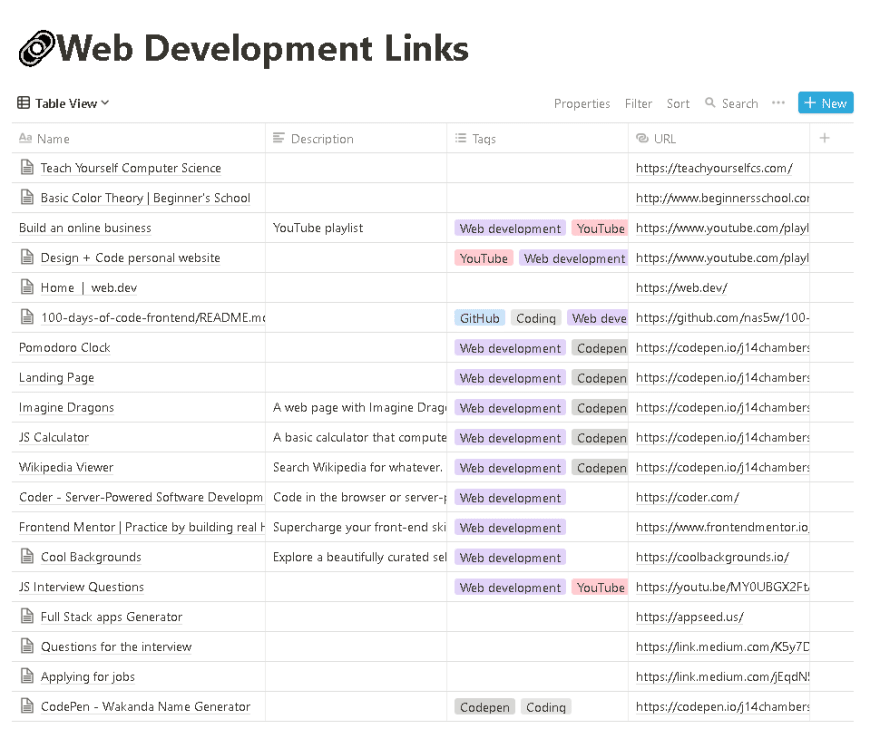 Integration with Google Calendar or iCal.

To be able to see events and due dates with a calendar app with just put it up on a new level. It will actual eliminate the need for Asana or ClickUp. I recently moved to ClickUp after realizing than Asana was missing something that I needed. Only after this, I realized that Notion can do this one this. Give start dates and dues dates to tasks and events. The day that this can integrate into a calendar, the way ClickUp does, I may leave ClickUp completely. I only use ClickUp because of the calendar integration and the board and list display. No deep project planning. I only put the project or task name in, along with their start and end dates.

Give Notion a try. Don’t be intimidated by it. It can be a lot at first, but once you figure out your system. You’re set. It is also free.

Notion is available on Windows, Mac, iOS, and Android. So you can use it anywhere.

Notion - The all-in-one workspace for your notes, tasks, wikis, and databases.

Using BetterTouchTool as a window manager