Initially, the concept of routing was easy for me to grasp:

In a sentence: a click routes you to where you need to go. Simple.

I think we can all agree that that's not too difficult of an idea to grasp, however when it came to the implementation of these routes, I was completely lost.

The software development program I've been in the past few months initially taught us to write routes using raw node,(experienced developers: let that sink in) and at that time, because I was completely immersed in code, it was just another sprint in which I grasping at straws to understand and complete in an allotted time. Through my anxiety and exhaustion and being so wrapped up in the details, I couldn't really see the big picture at the time.

My more senior partner already had this concept down to a science, but in time, with more practice (and less studying!) I finally came to understand this technique, and also why we initially wrote these request routes without the help of Express.

I can still feel empathy for my former less-enlightened self and can understand even now how the concept of middleware, routing, and endpoints can be tricky AF to grasp, especially when I had only just recently learned what API's are, but hopefully this post will provide insight and be a point of reference for you in the future.

Express is a lightweight framework for Nodejs that abstracts away a lot of code that we would initially have to write to respond to requests from the client. Take a look at this snippet of a route written in node:

While we can very easily see exactly what happens on each 'GET' request to the 'classes/messages' endpoint, we can also probably see how easy it could be for this method to become extensive once we have to account for POST requests, a PATCH...you can probably see where I'm going with this.

This method didnt feel helpful or important as a junior developer, but it is! It's the only way we can really appreciate all the work Express does for us under the hood.

Our sprint that required using this antiquated method mercifully only needed responses for a few routes, but again, imagine if we had to deal with route requests on a much larger scale. Check out this graphic that displays the structure of facebook's routes: 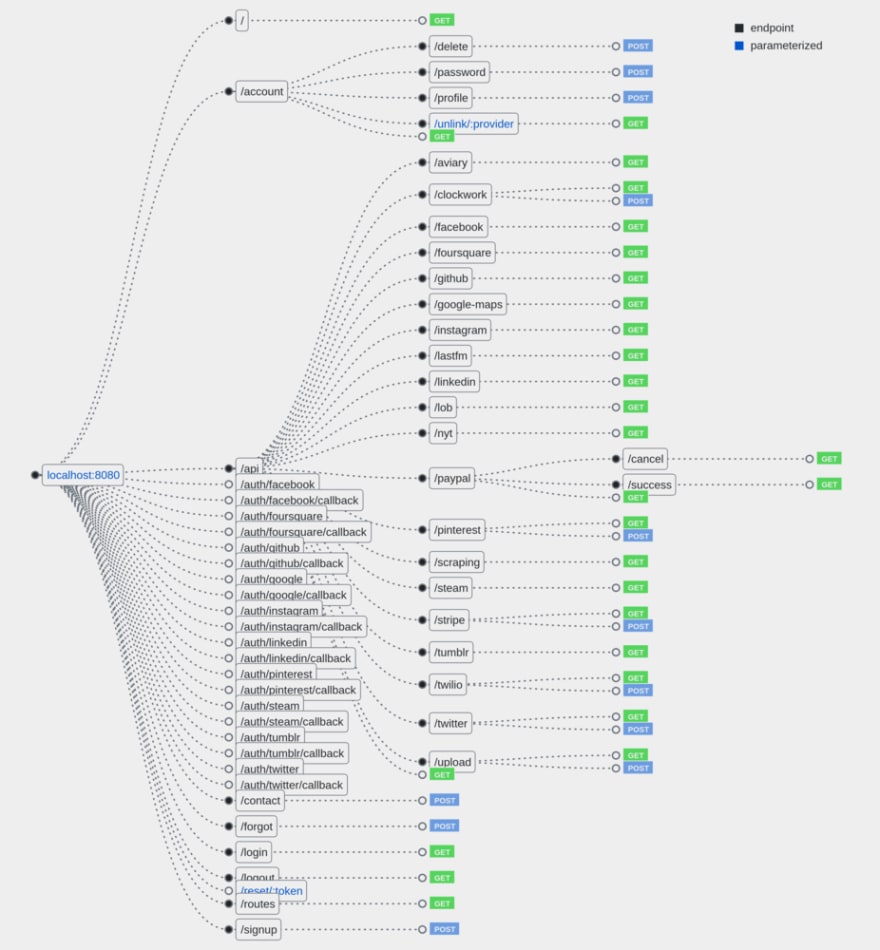 Having to route with Nodejs in such a massive code base would be...punishment.

Thankfully Express steps in to do away much of the code that is needed to achieve this and additionally provides an opportunity for us to keep our code modular and DRY.

Express allows for additional abstractions via its use of application-level middleware. The standout feature here is a Router(service), a function that has access to the request and response object and routes the requests from the client to the appropriate handler. We can clean up our code with routers and make logic easy to understand for future contributors who may pick up our legacy code.

Express handlers are written in correspondence to the HTTP object, so the methods should appear familiar and be pretty intuitive as to what they do. Each handler takes a path and a callback as arguments, and must be written in sequential order due to Express' chain-like scope.

When we run the server using node index.js and navigate to localhost:3000 in the browser, we see the message 'Hello World!' appearing on the DOM, even though the function that handles the request to GET the home page is in a different file.

Not only has the request object responded to our client's request as we expected, we also see helpful information in the console via the router middleware.

Express helps us ensure that our clients get the information they're asking for with the expected response as well and not just :

The Router in routes.js responds to each request and calls the next() function that needs to respond to this endpoint.

When constructing the routes, remember that the typical convention is that endpoints should follow the rules of REST and be named relative to whatever the resource at that endpoint returns. If you're working with users of some sort, the endpoint would be users, for a specific user, the endpoint would be users:userId with the colon denoting a variable. The common construct for denoting the home or index of a page is simply by using /. Endpoints ensure that our users wind up in places we've actually marked in our path for them, and that they also receive the information they expect.

In conclusion, save yourself some keystrokes and route using express, abstract away additional logic and separate your concerns by using Router
middleware, and keep your naming conventions relative when it comes to creating endpoints. To make things even more productive, install the express-visualizer tool and require it in index.js, by adding this helpful graphic chart, we can see exactly how our routes break down and what each of them may need in addition to what they already have. 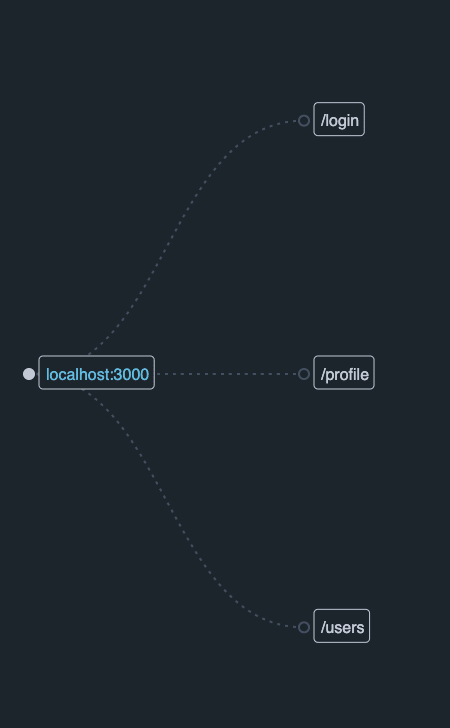 I hope this post is helpful and helps you get on the right path when it comes to routing:)

Weeding my garden, debugging my code, dreaming in CSS.

Top 9 features of Flexbox that you may don't know

🔥 Battle for the Bundling time: esbuild — a JavaScript bundler and minifier written on Golang

Hey look, it's Playwright, like Puppeteer but with more browser (support)