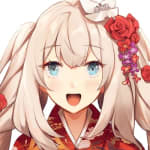 Don't Make NPM Packages Unless You Need To

And when I read a spicy post on tech - especially one on Node.js - I'm often compelled to respond, and this is no exception. I definitely disagree with this take, and as someone who has published one of the most notoriously spammy modules ever to bless NPM, I might even be an expert.

As usual: I have no beef with Ayane, and in fact I think if I did my job right while writing this post that it'll be clear that I want to encourage them to write even more takes - which, I like my takes how I like my coffee. <_<;

The Argument for Judicious Publishing

I'd like to take a moment to summarize Ayane's arguments, not just so that readers can nod and say, "yes, Josh understood the blog he read", but also: this is a common stance among JavaScripters, and has been a common stance for as long as NPM has been around. NPM may have only recently reached a million packages, but people were just as concerned about this at the 10k packages mark.

Ayane has a similar stat in their post: "about 30% or so of those are doing the same thing" - both of these numbers are made up, but the point is fairly clear: 90% of what's on NPM is crap, and if there are a million modules on NPM then that means there are 900,000 crappy modules! That sounds really bad, right?

Let's define crappy: Ayane doesn't actually call anything crap in their post. What they do talk about is utility: "useless stuff," modules "doing the same thing [as other better modules]", abandoned modules, and "packages with no useful purpose".

They don't talk about the ramifications of this vast sea of not-very-useful modules, but if I had to guess (because I've heard it before): When you search for a package on NPM, you'll find dozens of modules to choose from, 90% of which aren't very good - old and busted, half-assed, no users or support, whichever. This means that people searching for packages have to spend more time sorting through bad packages to find the diamond in the rough.

This experience is very real! However, I think "don't publish your work" is the wrong solution to these problems.

Sturgeon's Law is quite old - according to Wikipedia, it was originally cited as Sturgeon's Revelation in the late 50s. Back in the days of yore, Theodore was talking about science fiction novels, but it's quite generalizable and applies to: science fiction movies, romance novels, comedies, self-help books, tweets, webcomics, fanfics, youtube videos, twitch streams, github repos, ruby gems, and more. This is in fact the point of Sturgeon's Law - not the 90%, but the everything. Critics derided science fiction in the late 50s as being overall crappy, just as we're deriding NPM for having low module quality. The more things change, the more they stay the same.

Barriers of Entry: Or, Why Sturgeon's Law is True Now More Than Ever

Webcomics in 2005, the age of the Gamer Comic and the Sprite Comic - as well as the Sprite Gamer Comic, lord help us - were widely considered very bad. Of course, most comics are pretty bad - newspaper comics are notoriously bad and comic books are responsible for Rob Liefeld - but these comics were at least widely considered to hit most of the fundamentals more often than not, Rob Liefeld's anatomy excepted.

With webcomics, you needed no such convincing: if you could afford the site hosting (as low as $0) then you could upload your comics and subject the world to them. Suddenly, an entire gaggle of nerdy teens with severe ADHD and a pirated copy of Photoshop 6 could make and upload comics after doing their homework - and suddenly, there were a lot more amateur hour comics out in this wild and crazy world.

The mechanics of NPM are similar. Decades ago, distributing software meant paying for servers, buying CD-Rs, buying postage stamps and buying ads. This meant that only software that was polished enough to justify those costs had any exposure to a wide audience. Today object storage is exceedingly cheap - you hardly need to feel bad about wasting it, I promise - and all you need to get your code out there is a free NPM account and, perhaps, a free GitHub account. In 2020, an entire gaggle of nerdy teens with severe ADHD and a text editor they didn't even have to pirate can make and upload NPM modules after doing their homework - and here we are.

Barriers of Entry are Fickle

The flip-side of bad things not getting filtered out is that good things don't get filtered out either. I mentioned newspaper comics earlier: if we were stuck getting our comics from the newspaper, we would all be convinced that comics are a huge waste of time. Because people on the business side of syndicates are extremely risk-adverse, potentially great comics would never see the light of day. For every The Far Side and Calvin and Hobbes, there are dozens of people who drew a mildly successful comic for their college paper, were unable to get a syndicate to pick it up, and had to put it on a shelf - and we're worse off for it.

Analogously: Because nobody can tell you what you can and can't upload to NPM, sometimes projects that on the face of them would seem like a bad idea - or at least redundant - turn out to be huge hits. Ayane mentions Grunt. Did you know that I thought Grunt was a terrible idea? Probably not. But I did, and I was pretty vocal about it. Imagine if I was in charge of what could and couldn't get published on NPM - there's a world where Grunt never had the opportunity to take off because it wasn't deemed useful enough to merit publishing. Or Gulp: What if Gulp never got put on NPM because Grunt already existed? Gulp as it turns out was also a huge hit, despite "reinventing the wheel".

Ayane talks a lot about modules having a purpose, a raison d'etre. In this world, a module needs to pass a test before it goes live: What problem of Ayane's is it trying to solve, and would they want to use it in the face of a dozen other packages working in the same space?

I say this a little tongue in cheek. Obviously, our intrepid author didn't deem themselves to be the arbiter of what has purpose. But if not them, then who?

In mid 2012 - very different times in the lifecycle of NPM! - we, and by "we" I mostly mean @substack, we were very concerned about large utility modules, particularly underscore. In our minds, these broad modules necessarily shipped with a big, fat kitchen sink that you weren't going to need. When bundle size is at a premium, why do that to yourself? Why not let people who need a particular utility publish a targeted module non NPM, and use browserify to pull it into your bundle? A sensible position today as then.

Of course, I was quite the jokester in 2012, so I wrote a module that I'm sure will raise Ayane's blood pressure by 30 points when they learn of it:

This module made fun of grab bag modules like underscore by being the ultimate grab bag. The package.json for the module was autogenerated based on the _all_docs route on NPM - then a couchapp! - and included every module currently on NPM. The index.json then used a call to global.__defineGetter__ to lazily require any module just by referencing its name as a global variable. NPM was much smaller then - it wouldn't be tenable to make a package.json with all million NPM modules today - and this was workable, at least until Isaac discovered that starring it was a DOS vector.

Very clever! Also, very much not practical. Even then, people were absolutely furious.

Out of all the modules on NPM, this may have been the most "useless" one - and yet, it made me and a bunch of other developers quite happy:

Node is fun, because screwing around is taken seriously.
There are a bunch of modules that are quite silly (like caps-lock-script),
hoarders is one of the greatest of the silly modules.

The point here is this: this module had an explicit purpose - to make people laugh - and while it made some people angry, it made me happy, and it made a number of other people happy as well. On those merits, it was wildly successful.

Other "useless" modules on NPM are certainly more useful than Hoarders - an umpteenth logger still logs. People also publish these modules for a reason: The other (umpteen - 1) loggers failed to scratch a certain itch, or didn't play nice with their favored framework, or hell, maybe they were like me in 2005 and had an urge to create.

I wrote earlier of the challenge of finding a package on NPM. This general set of features - finding good things in a sea of bad - is what I call "discoverability".

This framing is the correct one to use when talking about the problem inherent in Sturgeon's Law and low barriers of entry. If 90% of everything is shit and NPM is really big, how do you find the good parts?

Going into the details of how to think about these kind of features is outside the scope of this post, but suffice it to say that this is something that software product designers think about often. My own experiences have centered around building good search; using NLP to automatically categorize and tag content; making it easy for users to tag their own content; building engagement metrics like downloads and stars and using them to detect trends; designing collaborative filtering algorithms that surface recommendations based on what you and others have downloaded and used; leveraging manually curated lists such as the "Awesome X" series; and much more.

In short, there are technical tools, user experience design paradigms and editorial techniques that we can throw at this problem, all without increasing barriers of entry.

Times Change - Or Do They?

For one, there really are more packages on NPM. This does mean that finding packages can now be harder than ever, leaving us frozen in a paradox of choice. As Ayane notes, the JavaScript core APIs have gotten better too, and many a module that was hot shit back then has been deprecated and abandoned - a number of mine included.

In 2012, we were all anxious to just publish up a storm, and a big chunk of that really was because the modules we were looking for simply didn't exist. But the fact of the matter is that it was bigger than that.

What we were concerned about was having a good time, creating, and being true to what Marx called Gattungswesen. The Ruby community had a saying: "Matz is nice and so we are nice," or minaswan. Ours was jifasnif: "JavaScript is fun and so Node is fun."

Let's endeavor to keep it that way.

I'm a software developer with expertise in backends and data. I live in Brooklyn with my pet budgie, Korben.

Josh Holbrook
I'm a software developer with expertise in backends and data. I live in Brooklyn with my pet budgie, Korben.
How much of a role should "enthusiasm" play in the software development process?
#discuss #productivity #management
ArangoDB is underrated!
#node #javascript #database #aws
My Biggest Mistake When I Started Earning Six figures
#career #webdev #interview #tips