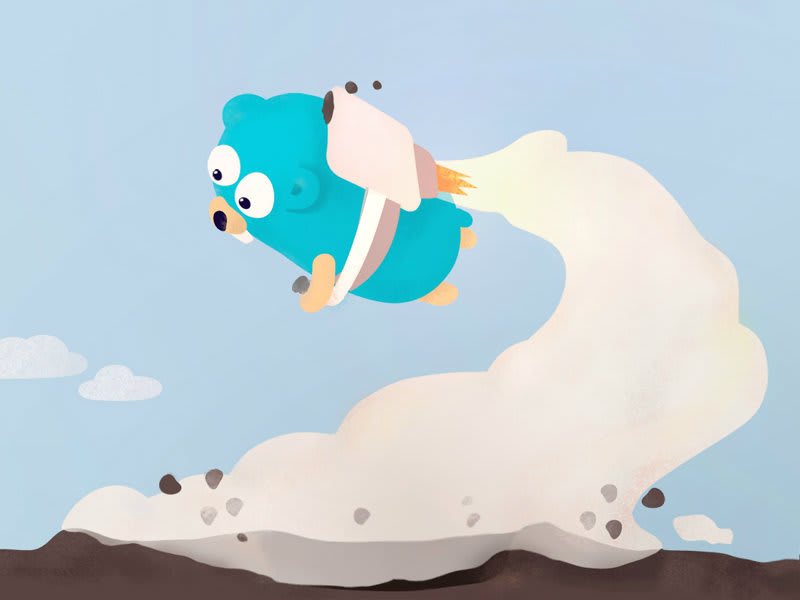 Master the World of Go. Each week Maarten Bezemer serves the nicest Gophers’ content about the theories, trending topics and tools.

Maarten uses Go to build the back-end of developer platform Jexia. Are you an advanced user? Stay ahead with his Golang Ninja Newsletter.

Let's start with merged proposals. They tend to be more interesting.

In computer programming, concurrency is ability of a computer to deal with multiple things at once.

I’ve found that newcomers to Go tend to get really confused by the module system.

Suppose we have a simple project and we have to implement user registration form. For now we only care about two fields: name and email.

When I collect data I usually call an endpoint parse the JSON response and go from there.

I’m going to share one of my experiences while working using SOAP-WSDL technology with Golang.

Vim top tip: press 'gx' to open the URL under your cursor in a browser. No additional plugin needs to be installed. #vim

It’s been almost a year since support for Go in AWS Lambda was announced at re:Invent 2017. Meanwhile the Serverless hype train has gained full steam.

Do you use syscall.Mmap in Go? There are high chances the answer is yes even if you are unaware of it.

#golang top tip: use packages like a knife to separate code that consumes functionality from code that provide functionality. Use unit tests along the cut line to lock in the behaviour of your packages.

Restful APIs are essential for communication between backend and frontend services. This post shows a simple scenario that builds up an API service in Go.

A big LITTLE Problem: A Tale of big.LITTLE Gone Wrong

The night of October 24, a question appeared on the #darkarts channel in the Gophers Slack (a group chat of ~33k Go programmers).

Building a JWT library in Golang

This article assumes you’re a programmer, have a solid idea of what JWT is and have an understanding of Golang.

Make your own CLI with Golang and Cobra

The framework Cobra provides a generator that adds boilerplate code for you. This is handy as you can focus on the logic of your CLI instead of parsing flags.

Using Socket with Go, Vue and Android (originally in Portuguese)

I decided to write an article to show on a superficial level how to "talk" to different languages in real time using Socket.io.

A fun way to reverse a list by using recursion #golang

How to make friends with Golang, Docker and GitLab CI

A simple way to build Golang apps with Docker in GitLab.

In this article we will look at how to create a REST API application in Go: the best step-by-step instructions using popular architecture.

Atom understands your code better than ever before Atom 1.32 provides improved syntax highlighting and code folding by parsing your code while you type it.

Introducing gqlgen: a GraphQL server generator for Go gqlgen is the best way to build a GraphQL server in Go and possibly even any language. This article looks at why and how we developed it.

What are some red flags for you in Go code reviews?

Digital publishing for scale: The Economist and Go — www.infoq.com

Kathryn Jonas talks about The Economist’s struggles and victories in transitioning to Go and how Go has uniquely fit their digital publishing goals.

Emitter: Creating a simple Pub/Sub client in Go In this video we're going to create a simple MQTT publish-subscribe client in Go which uses a local Emitter broker.