This post was originally posted on my personal blog.

I created a 3D experience that makes you -LITERALLY- travel through the universe in space from the browser. It’s as spectacular as it is beautiful! It only uses web technologies: HTML, CSS and Javascript. I had so much fun doing this side project!

Before going further in reading this article, stop everything, open Chrome, go full screen, have some popcorn and experience ACROSS THE UNIVERSE !

Done? Did you like it? If you’re interested to know why and how I did it, that’s what you’ll find in the rest of this article!

I started this whole thing last week. As usual, I was hanging out in the world wide web. And I stumbled upon this video from a famous video game.

In this video, you can see a wormhole in full screen. I wanted to write an article about 3D in Javascript and I thought BINGO! The sample code for the article will be the creation of a wormhole in the browser.

Keep in mind that at that time, I don’t know anything about ThreeJS or 3D object management in general. And that’s what’s good! Come on, it’s time to build a wormhole.

Basically, I wanted to write a “Understand in 5 minutes” format for ThreeJS. Watch out, I’m going to give you a 30-second briefing instead.

ThreeJS is a Javascript library, created by Mr.doob, that allows you to manipulate 3D objects directly in the browser. In fact, what you have to understand is that ThreeJS, via Javascript, allows you to use WebGL in an HTML5 canvas.

It’s WebGL that allows 3D rendering! ThreeJS, via Javascript, allows you to drive WebGL, and thus 3D. And the crazy thing about it is that no installation and/or plugin are needed.

And for you to understand very concretely, there are three basic elements that allow you to display 3D in ThreeJS.

Let’s look at a drawing from the internet to understand even better. 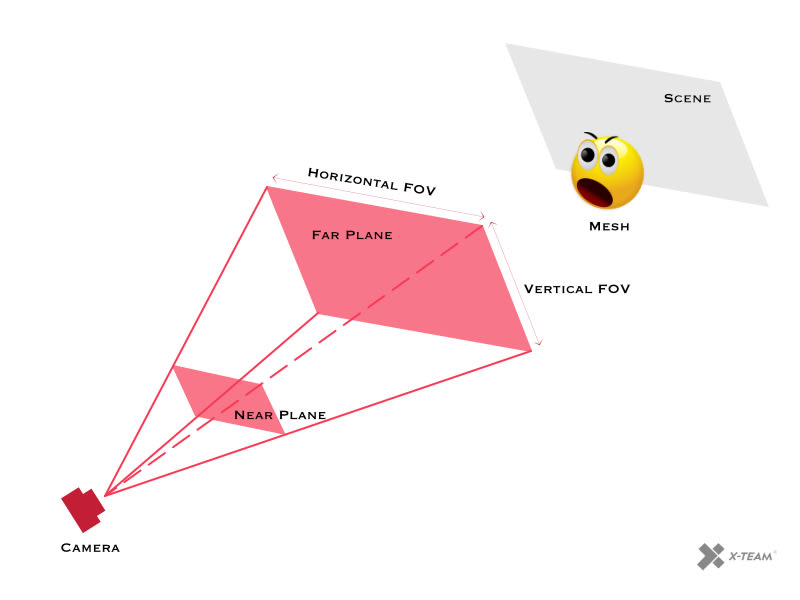 If you’re passionate about the subject, and want to know how meshes, materials, textures and all the rest work, I’ll make an article about it. Today we’re focusing on space!

Now that we understand how the base works, it’s time to tackle the wormhole.

My first implementation idea was very simple, very intuitive. Make an object with the shape of a cylinder in the middle of a scene. Then pass the camera through it. From the camera’s point of view, I thought the illusion would be perfect. Simple, fast, effective.

Okay then, let’s write that down.

Not bad! All I had to do was to put a texture of space inside and BOOM, and that was it. At least, that’s what I thought.

While doing the first tests with the texture and moving the camera inside, I quickly realized several problems.

I was close to giving up and then I had an idea. The brain will try to make sense of everything it sees. And thanks to that, there’s a way to lie to the brain.

The cake is a lie

The idea was simple. Leave the camera in the same place, at the entrance of the cylinder, and move the texture instead! The effect of moving the texture would be perceived as a movement of the camera. If the brain sees that the stars are moving, it will believe that it is moving itself.

The illusion should be particularly good because of the spherical shape in front of the user’s face. To make sure it works well, a small rotation of the whole should add to the illusion.

And to my amazement, technically, moving the texture of the cube is super simple. It’s even easier than I thought to lie to the brain. 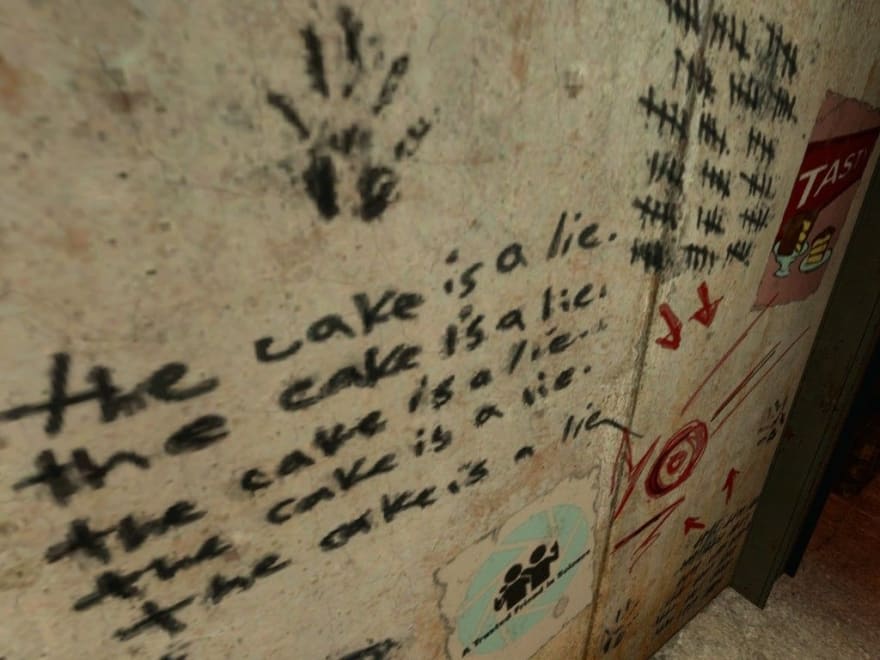 So we just need to add a texture, apply it to our mesh and make it move for each frame in the gameloop. Let’s write that down.

It looks disgusting because of the GIF compression here, but the illusion of motion is real on the webpage! Much later in the project I’m going to realize that this way of doing things (moving the texture) is used everywhere, by lots of people. I thought I had invented something (lol), but that will be for another day!

So, I stayed staring at this tunnel effect for a long time like a sociopath. And that’s when the plan to make just one example for one article stops. I’ve got a thousand ideas flowing by the second.

We’re going on a side project.

Now the idea is to cross an A universe, take a wormhole with a lot of effects, and then land in a B universe. Yes, I’m already on a multiverse project.

I also want a cinematic side to all this, so that means a mini story (text) and music! It’s going to be a show!

First of all, I need color! Nebulas, gas, supernova, life! So I started looking for a good nebula texture. And I found it.

To test, I created a second cylinder and put it exactly in the same position as the first one, telling myself that it would hide the first one.

But something else happened!

The two cylinders, being in exactly at the same place, were superimposed! So not only is it pretty, but it gives depth to the whole thing!

The possibilities have once again multiplied before my eyes.

It was just a matter of being creative now !

Now that the crossing of the first universe is almost done, it’s time to jump into hyperspace!

The idea would be to have a shiny portal at the end of the tunnel. Then, brutally accelerate the speed of movement of the texture. Make the shiny portal come closer slowly, to give the impression that we are travelling a real distance.

During my research for this part, I came across the concept of post processing. The concept is simple, the image is rendered normally, but before being displayed, it goes through one or more filters and effects.

This will allow things like film grain, glitch, blooming effects or even light effects. Interesting! That means i can make a sphere with a light effect then?

Let’s write that down!

Well, this is really starting to look good. The post-processing technique is really transcending this interstellar journey.

As I browse through the post-processing documentation, I realize that there are a lot of effects. And, I don’t know, I went crazy. I started to put them all at the same time.

I wanted them all. ALL OF THEM! MORE! 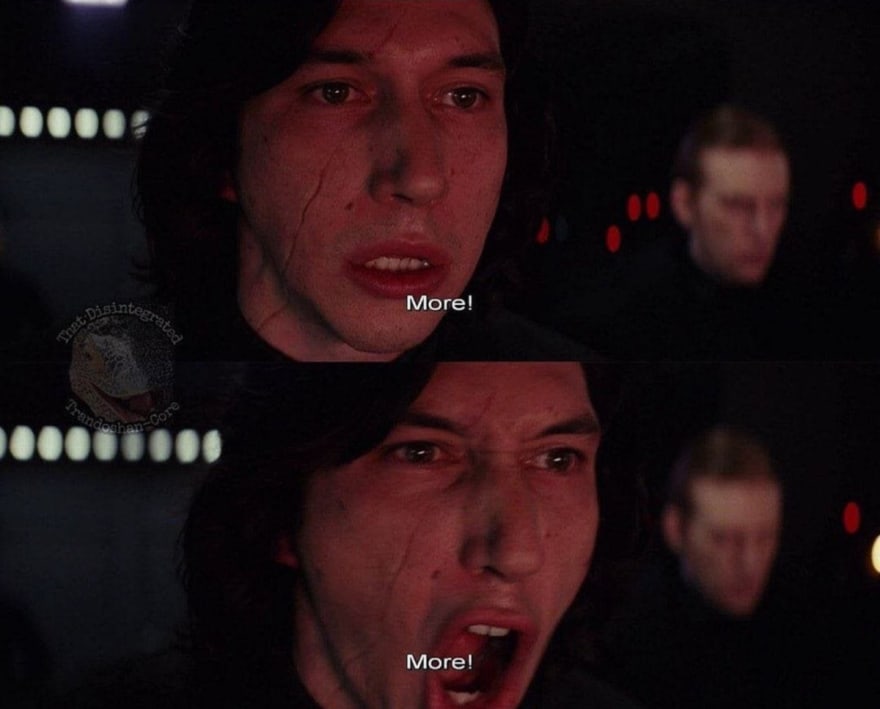 So, it turns out that I’m going to quickly go back and choose only two effects for the rest of the project. First because, all at once is too much. And second because it looks like a firework made by a schizophrenic on acid.

But above all, in the near future, I will soon realize that all this has a huge price in terms of performance. On my big machine, it's fine. But when I started testing on my laptop, I cried blood.

At the end of the project, I found myself cutting everything to optimize the scene. And even with all the optimization I’ve been able to do on the stage, I still have examples of people with performance issues. Work in progress, I have to ship!

Anyway, last stop : how did I do the hyperspace jump animation? That’s interesting. And the answer is simple: Tween.JS!

The Tween.JS library does one thing, but it does it extremely well. It takes a value in an object and gradually moves it to another one.

You’re going to tell me that you can do it easily in vanilla Javascript and you’re right. But Tween.JS comes with many more things.

First of all, the calculations made to make the transition between values, complex or not, are extremely optimized internally.

Then, Tween.JS comes with a lot of very useful methods like the “onUpdate” or the “onComplete” which will allow us to create events at key moments of the animation.

Finally, Tween.JS comes with an easing system. Instead of having a boring and unrealistic linear animation, we get a lot of nuances.

And when I opened the page to see what I could do, It was Christmas before the date. 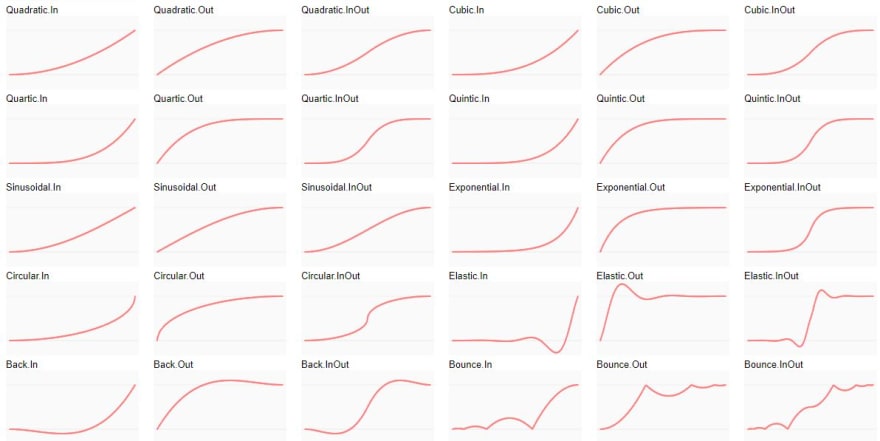 Taking as parameters the values of opacity, texture movement and position of the cylinders coupled with the animation via Tween.JS easing: I can do anything. I literally became a 3D effect orchestra conductor in Javascript.

Making a jump into hyperspace? Easy. Let’s write that.

There you go! The universe is crossed, we also crossed the horizon of a wormhole and we are now exploring a parallel universe. It is beautiful!

There are many things I don’t talk about in this article. The various animations everywhere. The logo and the ui/ux made by my friend Arnaud. Or the music! The incredible music of Melodysheep that I contacted and who gave me the authorization to use them in my project!

How I synchronized the music with the animations and many other questions will be answered by looking at the project source code.

It’s an open source project, do you want to participate? If you see a bug, a performance issue or any improvement, send me a PR. I have easy approval.

A three minute web experience across the universe.

I don’t think I’ve had this much fun on a side project in a long time. If there’s a lot of people passing by on the website, I’ll do chapter 2. If there’s nobody, I think I’ll do a chapter 2 anyway. It was too much fun for me to stop here!

A Chrome Extension For Easing Your Writing At Dev Platform.

Mehdi Zed
I'm a dev. Right now i'm Backend Developer / DevOps in Montreal. Dev is one of my passions and I write as I speak. I love making fun side projects and blogging about dev !
How to make a wormhole like Stargate SG-1 in JavaScript?
#javascript #webdev #showdev #frontend
I built the entire universe in JavaScript
#javascript #webdev #showdev #frontend
Javascript: what I didn't understand
#webdev #javascript #todayilearned #career