We need to test our software against various versions of Windows: 7, 10, 10 LTSB (“IoT Enterprise”). Thus far we’ve used manually configured physical machines exposed via Jenkins node/agent label. This was easy to get working initially but has been problematic:

Our recent success with AppVeyor and Travis CI inspired us to look for something more dynamic. This is some of the initial work we’ve done moving to Windows VMs with Vagrant.

Inside the VM, make sure the current network connection is “Private” otherwise the WinRM configuration will fail:

Problems with the WinRM configuration will manifest later as commands like vagrant resume hanging with:

In our case, we’re on a domain and the connection will eventually rename itself. Once that happens we needed to set the category to “Private” again.

In order for vagrant ssh to work, must install OpenSSH server:

In either case, you also need to:

At this point a PowerShell guru would probably head right into provisioning. With AppVeyor we got some mileage out of Chocolatey, but our shell-fu is woefully inadequate to fully automate Windows.

For this exercise we’re going to manually install software. Once we’ve fashioned an environment to our liking, we want to preserve it for later re-use as development environments, build nodes, etc.

Arguably the most common Windows component is Visual Studio which has a bevy of install choices:

Once your software is installed, working with the VM as a Vagrant “box” is straight-forward. In the case of Virtual Box, we package the VM for later reuse:

Keep in mind none of this is fast as it involves 5-15GB VM images (depending on the version of Windows and how much you install). This should be used for relatively “static” configuration; I wouldn’t want to mess with it every day or even every week. For things that change frequently (like your software) there’s “shared folders”.

With our VM image ready, we need a Vagrantfile to get things going:

Note the last line. The project directory on the host (/Users/XXX/nng.NETCore) is accessible to the VM as a “shared folder”.

Port 3389 is RDP so vagrant rdp works. I added a (very belated) answer to Stack Overflow about this: 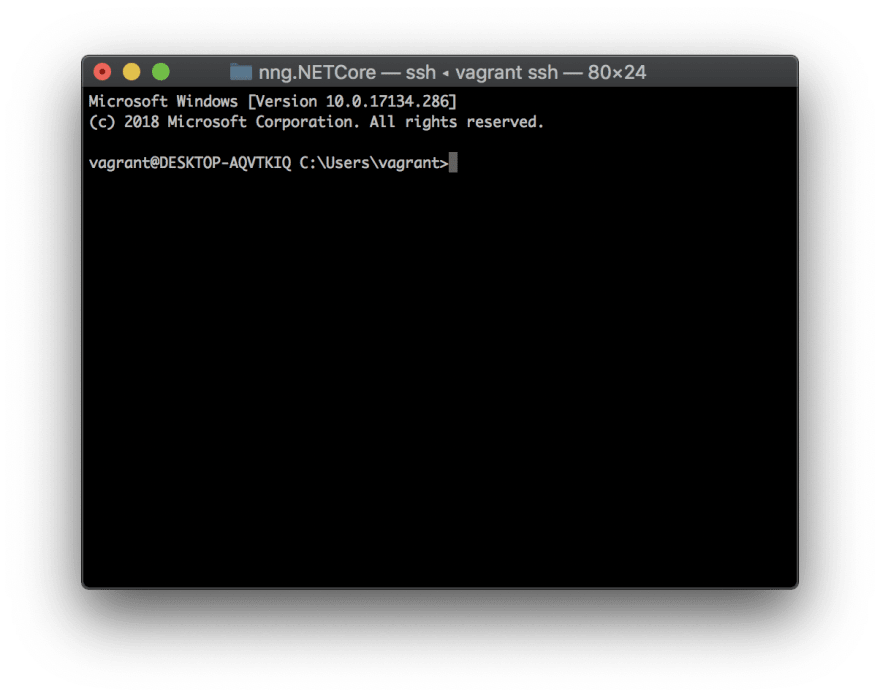 This gives us a good start that accomplishes a few of our goals:

But we still need a few improvements before we can fully migrate:

Continuous integration and deployment workflow with Vercel, Firebase and CircleCI