If we remove all the maths and all the dependencies like numpy, what remains? It's surprisingly easy to understand ;)

Here is the script with the neural network components: framagit.org/Meier-Link/py-utils/neuron.py

The script contains Neuron, Layer and Network classes, few tests to show what happens when we give them values and make them to learn how to find the right result, and a if __name__ == '__main__' to run them.

You can simply run the script like python3 neuron.py to perform the test, or tweak them to see how they behave.

The script given above also includes a lot of Python stuff to help manipulation of the network and its components.

So here I'll try to explain you what are those components ;)

To start from the lower level, they're:

The neuron - basics of brains

Either in the nature and in the artificial networks, the neuron is a tool which gets a value, runs some stuffs, and returns an other one.

In artifical networks, that neuron can be then updated from the expected value.

The given value is an input either from the outdoor (like heat, pressure, or the pixels of a picture which represents a dog - or a cookie), or from an upstream neuron.

The stuffs which runs inside the neuron 'are' the maths stuffs. They's a lot to say about it but here we really need to make the things as simple as possible. So here we just ran an affine function of the form y = ax + b, where: 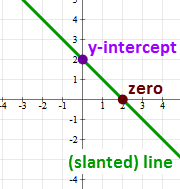 The weight and the bias are values that we set beforehand, and we'll expect them to be updated in order to get the desired output after training of our network (see below).

The transformation is usually done using an Activation function but that becomes to much maths for us :p

The output of the neuron (it's return value) is then forwarded either to an other neuron, or to the outdoors (to tell you if you have fever or that picture shows you a cookie, not a dog).

How do we update the neuron?

When the neuron gives you a result, you can compare it with the expected result and calculate the difference. It's done using a loss function, but as we want to make things simple, we simply subtract our result from the expected one (Wikipedia will give you the real level of complexity that loss function can get :p).

And this is the loss which's used to update the neuron: in fact, we update the weight and the bias of the neuron in order to get closer to the expected result. The new values for weight and bias are calculated as follow: new_value = old_value + (loss * learning_rate).

Glue those things together

Few. Enough of theory. Now, we'll see how do we code it with Python. Raw. Python.

The layer... is just a list of neuron. Nothing more than that.

It provides the same methods as the Neuron class, since it applies the same process to all the neurons.

However, note those subtleties: 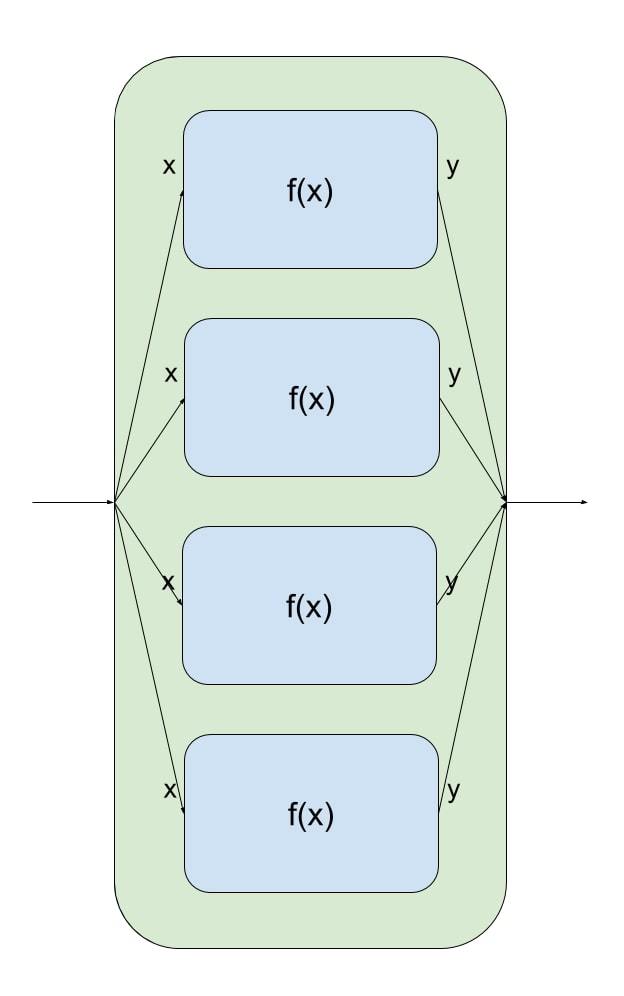 Maybe you noticed the layer get a list of inputs and give all of them to the neurons.

But currently, the neuron accepts a single input.

In our case, we can do something somewhat easier to grasp: the neuron takes a list of float numbers as inputs. Usually, all those numbers are related (think of the pixels of an image. Whatever the way you choose to represent them, they're all represented the same way, for example #ff00ff). So we can use the sum of those values, divided by the number of values. But each value must be weighted before applying the bias, so we obtain the following update function at the neuron level:

This way, each neuron can get the full data set from the previous layer :D 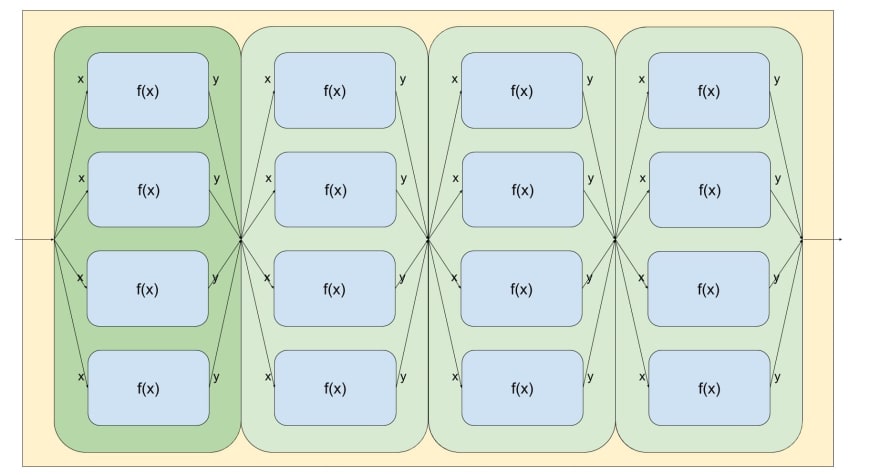 So to begin, we just write the Network constructor:

In this first version, we're missing something important: the input layer gives each item of input data set to each neuron.

That means we want to specialize the input layer by inheriting the Layer class:

And then, we update the Network constructor:

Note that experts don't count the first layer. So when they say "here is a network of 3 layers", it means "a network with an input layer - but everyone knows there is an input layer, so we never speak of it - two hidden layers, and the output layer".

Then, the network has also its process, and update functions as follow:

Oups! I forgot to mention something. We seen far earlier that neurons learns from their loss. For a single neuron, or a single layer of neurons, it's easy, since we have its input and its output. But when you have a full network with many layers, we have to be able to ... propagate the expected output of each neuron to the neuron in the previous layer.

As you may noticed in the Network::update function above, we expect the layer to return what its neurons expect as output.

Se we have to update the Layer::update function as follow:

And as you may feel, I've to update the Neuron::update function too:

Okay, I admit, there is a little math stuff hidden, here. If you remember, the function used to process the data is y = ax + b, or, with the full names: result = (weight * data) + bias.

Here, imagine we known the result, but want to find the data (or which data we want to obtain the result ... It's like looking for the question which gives us the answer "42" but don't worry, we don't make the universe explode :p).

So we have to extract the data we want, which gives us data = (bias - result) / weight.

In machine learning (and to keep it simple), this is what is called backpropagation.

And we finished with the maths here! \o/

So, here is a little picture to summarize all that things:

What are all those things the script provides?

The script linked at the beginning of this article provides many more:

I made few tests with this really basic network, and I was seriously surprised by the accuracy of the results I got.

I encourage you to try it yourself, tweak the values, modify the algorithms, etc. Because it's really easy to understand how does it work by practicing by yourself ;)

I hope this article (longer than what I expected) was really useful for you and I'm open to any comments :D

Cover image and affine function image come from Wikipedia
Other pictures are from myself, using Google Drawing

Detecting outliers in a time series using tsmoothie in Python