We often hear that quantum computers will be the future and it will help us to solve all world problems like world hunger, natural disaster, and many complex problems. Understanding the concept of quantum and its behavior is much necessary to solve these kinds of problems. In this blog, we will understand the history and the concepts of quantum. There are many ways to understand why quantum mechanics is hard to simulate. Perhaps the simplest is to see that quantum theory can be interpreted as saying that matter, at a quantum level, is simultaneously in a host of different possible configurations (known as states) at the same time.

It all begins around 1672 where big scientists working on finding the behavior of light. Initially, Newton finds that light is the form of particles, later Robert Hooke found that light is a wave and not a particle, until the problem of the photoelectric effect. 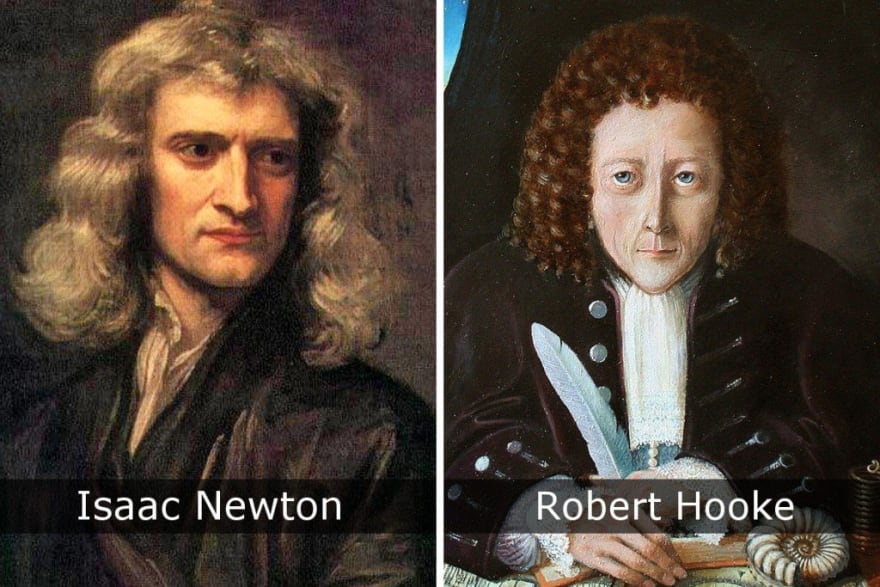 When light hits a cable next to another cable electrons jump from one to another and it was thought it happened because waves of light made atoms vibrate until they ejected an electron. But when it was measured carefully a big contradiction was found, it’s only happened for the light of some wavelengths for others no electrons jump at all.

In 1905, Einstein tries to solve this photoelectric problem by making a big hypothesis combining the two previous ones.

Quantum is the smallest part of something, and nothing smaller than this of that “something” exists. Such as a cent is a quantum of American money, as is an electron of the electric charge. Photon is, in that respect, the quantum of electromagnetic field(light).

It was a revolutionary view and it opened the field of quantum physics.

He also awarded the Nobel prize for this invention.

E.g., Electron in an Atom – Because until you observe the electron in the atom, it could be located anywhere outside the nucleus. 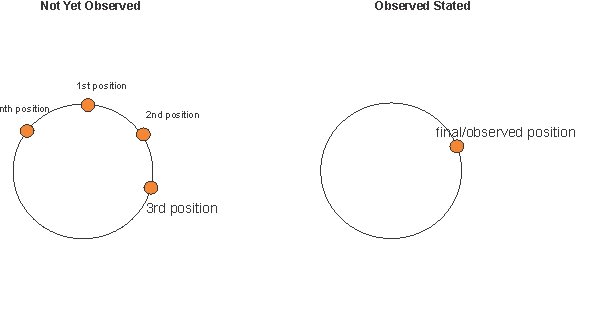 When any two quantum particles interact, they are entangled, and it means that their quantum states are interdependent. There’s a correlation between them, so that if one is in one particular state, then the other one has to have some other particular state across space and time.

E.g., 2 electrons have been entangled then this may create a situation where those two spins are correlated, such that if one of the electrons has a spin up, the other must-have spin down.

Quantum computing is the use of quantum-mechanical phenomena such as superposition and entanglement to perform computation. A quantum computer is used to perform such computation, which can be implemented theoretically or physically.

In quantum computing, a qubit or quantum bit is the basic unit of quantum information.

To understand Qubit theoretically, let’s introduce a vector notation for bits as follows: a bit is represented by a column vector of two elements (α,β)T, where α stands for 0 and β for 1. Now the bit 0 is represented by the vector (1,0)T and the bit 1 by (0,1)T. Just like before(classical bit), there are only two possible values(qubit in superposition).

The foundational core of quantum computing is to store information in quantum states of matter and to use quantum gate operations to compute on that information, by harnessing and learning to “program” quantum interference

Our modern computers made up of simple components to do simple operations like Main Memory, Arithmetic Unit, Control Unit. Looking into the depth of our Computer chips contains modules, which contain logic gates that contain transistors. A transistor is nothing but a switch that either can block or allow the way of information coming through. Here information is nothing but bits of 0’s or 1’s. Combination of several bits used to represent more complex information.

Here, more importantly, the bits are exhibit either in 0’s or 1’s which can yield many different possible data like below

Now the Quantum computer a way to different that it used qubit where it can exhibit both 0 and 1 at the same time or these or a quantum superposition of 0 and 1 as long as we are unobserved. But the instance we measure it collapses into one of the definite states.

For 4 classical bits can be in one of the 24 different configurations at a time, which is 16 possible combinations like (0000 to 1111) out of which we can use just one.

For 4 Qubits in superposition, however, can be all of those 16 combinations at once

Some Applications of Quantum Computer

Quantum computers used to create private keys for encrypting messages from one place to another. So that hackers could not secretly copy the key perfectly, due to the quantum uncertainty. They would have to break the laws of quantum physics to hack the key. 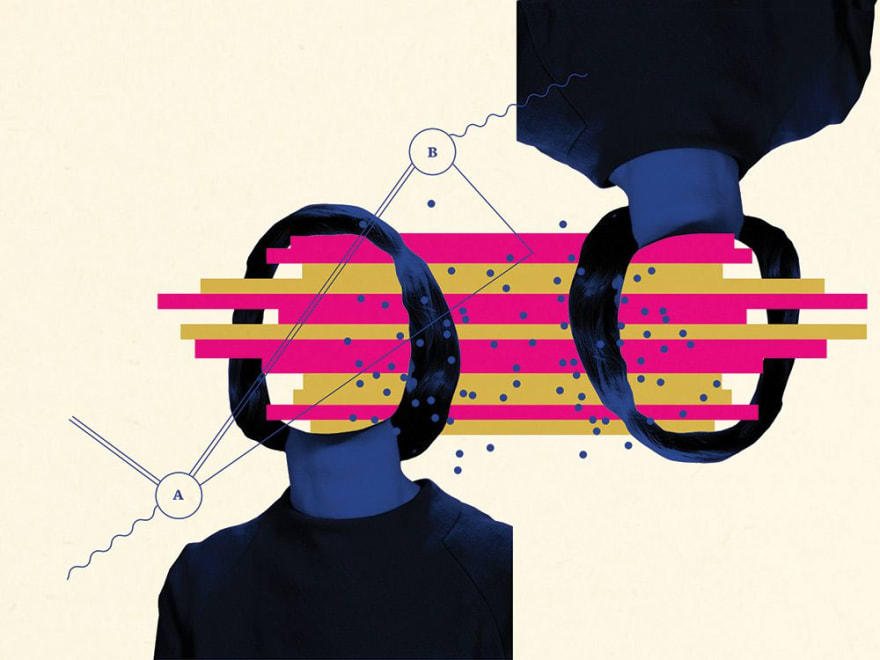 If we want to use quantum computers to solve real problems, they will need to explore the large space of quantum states. The number of qubits is important, but so is the error rate. By nature, qubits are fragile. They require a precise environment and state to operate correctly, and they’re highly prone to outside interference. So, if we try to scale the qubits currently error rates are also increased.

Currently, Microsoft, IBM, and other pioneers are working on creating a more stable Qubit called Topological Qubit. It can store information in a more stable form as compared to other Qubits. Topological Qubit will allow Quantum computers to scale at a much higher rate and allow us to build a quantum computer large and stable enough to solve our most challenging problems.

Microsoft Quantum Development Kit to empower a growing community with tools to unlock the quantum revolution for our tasks, problems, and solutions. The high-level programming language, Q#, was designed to address the challenges of quantum information processing; it is integrated into a software stack that enables a quantum algorithm to be compiled down to the primitive operations of a quantum computer.

In this blog, I just wrote an introduction to the world of quantum. I hope this blog helps you to understand the basics things of quantum. There is much more to achieve in the near future. The significance of quantum is very huge demand in the future, with the help of quantum we can solve many world problems easily and efficiently

Get Started 1 Qubit VQE with Blueqat

Jayendran Arumugam
Cloud Architect | Azure | DevOps | Stackoverflow Contributor | Technical Writer | Learner | @Gartner
A 60% keyboard is good for you
#productivity #programming #beginners
If you could start a company, what would it be?
#discuss #career #entrepreneur
Reasons NOT to...
#devrel #leadership #discuss

Once suspended, jayendran will not be able to comment or publish posts until their suspension is removed.

Once unsuspended, jayendran will be able to comment and publish posts again.

Once unpublished, all posts by jayendran will become hidden and only accessible to themselves.

If jayendran is not suspended, they can still re-publish their posts from their dashboard.

Once unpublished, this post will become invisible to the public and only accessible to Jayendran Arumugam.

Thanks for keeping DEV Community 👩‍💻👨‍💻 safe. Here is what you can do to flag jayendran:

Unflagging jayendran will restore default visibility to their posts.