What is a feature flag?

A feature flag is a software development process used to enable or disable functionality remotely without deploying code. New features can be deployed without making them visible to users. Feature flags help decouple deployment from release letting you manage the full lifecycle of a feature.

Feature flags go by many names:

Docker is a software platform that allows you to build, test, and deploy applications quickly. Docker packages software into standardized units called containers that have everything the software needs to run including libraries, system tools, code, and runtime. Using Docker, you can quickly deploy and scale applications into any environment and know your code will run.

You will find the project here

Below command to build image

Below command to run container 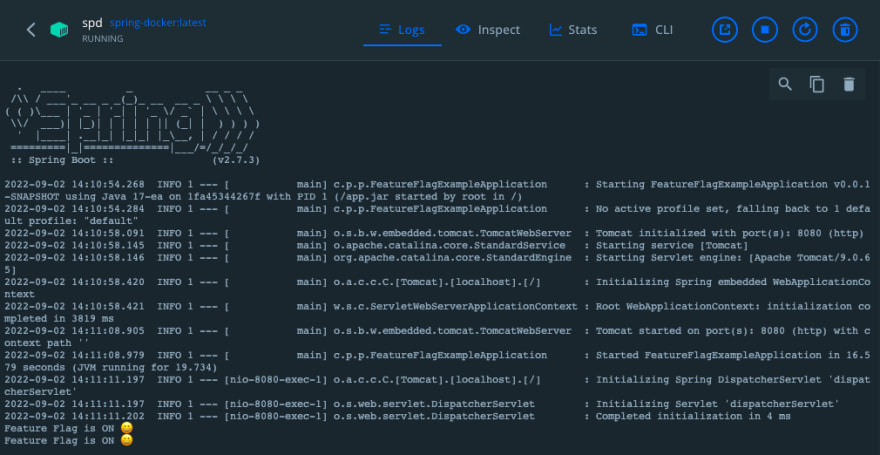 Java Insert or Delete Rows and Columns in Excel Worksheet

Getting Started with Docker - Introduction for Beginners

Javed Khan
5 Life-Changing Lessons I Learned From Being Laid Off That Will Put You Ahead Of 97% Of People
#beginners #productivity #motivation #codenewbie
10 of the coolest developer T-shirts from devshirt.club
#watercooler #codenewbie #career #writing
Always over estimate effort
#discuss #devrel #productivity

Once suspended, javedkhan will not be able to comment or publish posts until their suspension is removed.

Once unsuspended, javedkhan will be able to comment and publish posts again.

Once unpublished, all posts by javedkhan will become hidden and only accessible to themselves.

If javedkhan is not suspended, they can still re-publish their posts from their dashboard.

Once unpublished, this post will become invisible to the public and only accessible to Javed Khan.

Thanks for keeping DEV Community 👩‍💻👨‍💻 safe. Here is what you can do to flag javedkhan:

Unflagging javedkhan will restore default visibility to their posts.