Have you ever wanted an “over the shoulder” feel to your video presentation? Like a broadcast news style, right in your web camera? You can add your PowerPoint presentation to your camera feed using OBS software and a few easy steps. You can watch the video to see how, or read about it below. 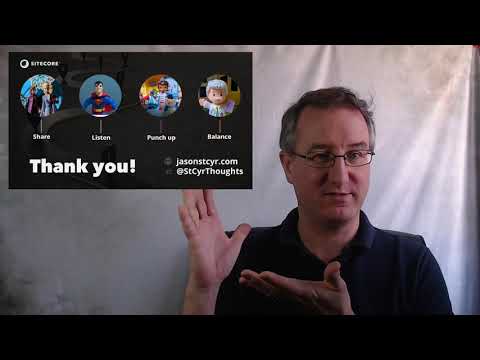 Why “over the shoulder”?

For some of my presentations, what is on my slides is actually very graphical, or not the important piece of the talk. It’s a supporting device that allows me to talk over it. For those types of talks, I don’t really want somebody staring at a picture of a Batman toy for 2 minutes. The focus should be on the speaker.

This is where I started playing with the idea of using a more “camera first” presentation style, with the slides embedded. What I needed was to figure out how, and learn some basics of OBS. So here’s what I learned!

OBS(Open Broadcaster Software) is software you run on your computer that has the capability of pulling in multiple sources/devices to create a combined video output. You can then use this as a virtual camera, instead of the physical video device or web camera you currently have, either for calls or for recording.

It’s free, and does a lot, way more than I know how to do right now, but recently I wanted to do a presentation with only my camera and some visual slides, so I started learning how to use OBS a little.

How to capture PowerPoint slides in OBS

After launching OBS, the first thing that I needed to do was to capture my full screen slide presentation with a new input source. Following these steps, you can capture your slides:

NOTE: These steps are for the Windows version of OBS

You now have a PowerPoint video source! 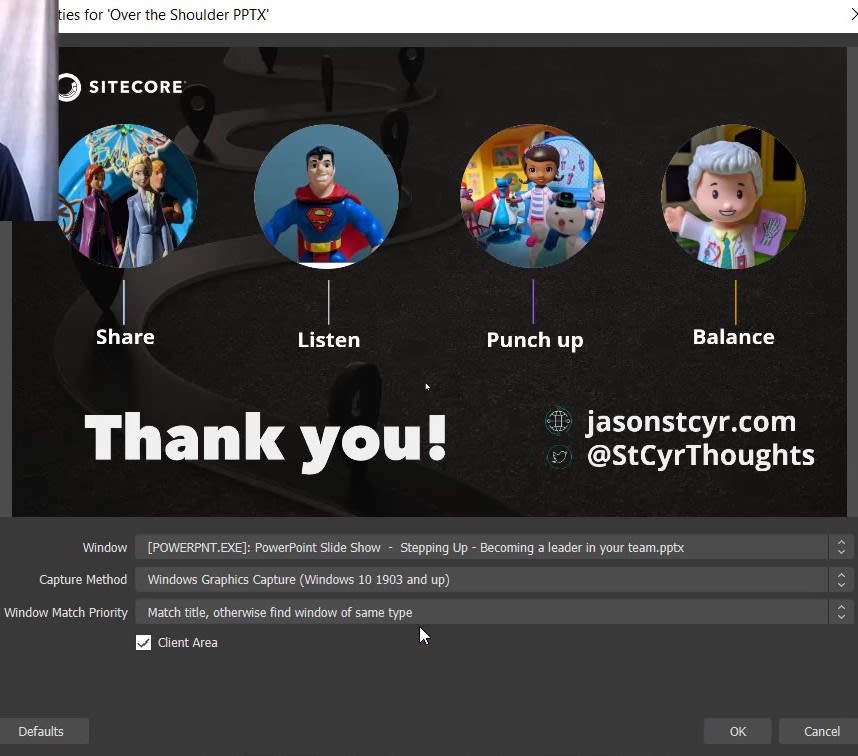 At this point, your slides are taking up the whole video output. You may want to keep this as a scene for when you want your slides to go full screen. However, I mentioned I was trying to do an “over the shoulder” look with the slides smaller and mostly camera. That means I need my camera as part of the scene. These steps will let you mix a video capture with your window capture: 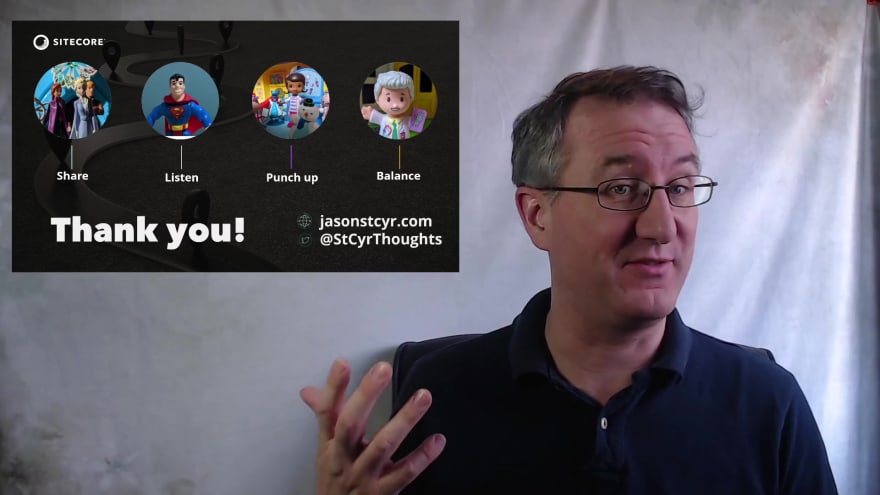 Getting Started with Kubernetes in 2 Days...

Jason St-Cyr
Dad, Blogger, Speaker, Director of Developer Relations @Sitecore. Opinions expressed are my own, of course.
First 7 thoughts on editing videos with Clipchamp
#devrel #videopublishing #clipchamp #tiktok
How do you convince developers to stick around for the long run?
#devrel
Becoming a Leader – Facing the Unknown
#devrel #leadership #management

Once suspended, jasonstcyr will not be able to comment or publish posts until their suspension is removed.

Once unsuspended, jasonstcyr will be able to comment and publish posts again.

Once unpublished, all posts by jasonstcyr will become hidden and only accessible to themselves.

If jasonstcyr is not suspended, they can still re-publish their posts from their dashboard.

Once unpublished, this post will become invisible to the public and only accessible to Jason St-Cyr.

Thanks for keeping DEV Community 👩‍💻👨‍💻 safe. Here is what you can do to flag jasonstcyr:

Unflagging jasonstcyr will restore default visibility to their posts.