If you used webpack or rollup on large projects then you probably know the struggle of having the long build times between each change.

This was one of the pain points that the Evan You thought about addressing when he created Vite.

He took a look at the existing solutions, and thought of ways to iterate on the design.

These new ideas were made possible because of:

with these new changes, he had a vision of a new tool (Vite) which achieves: 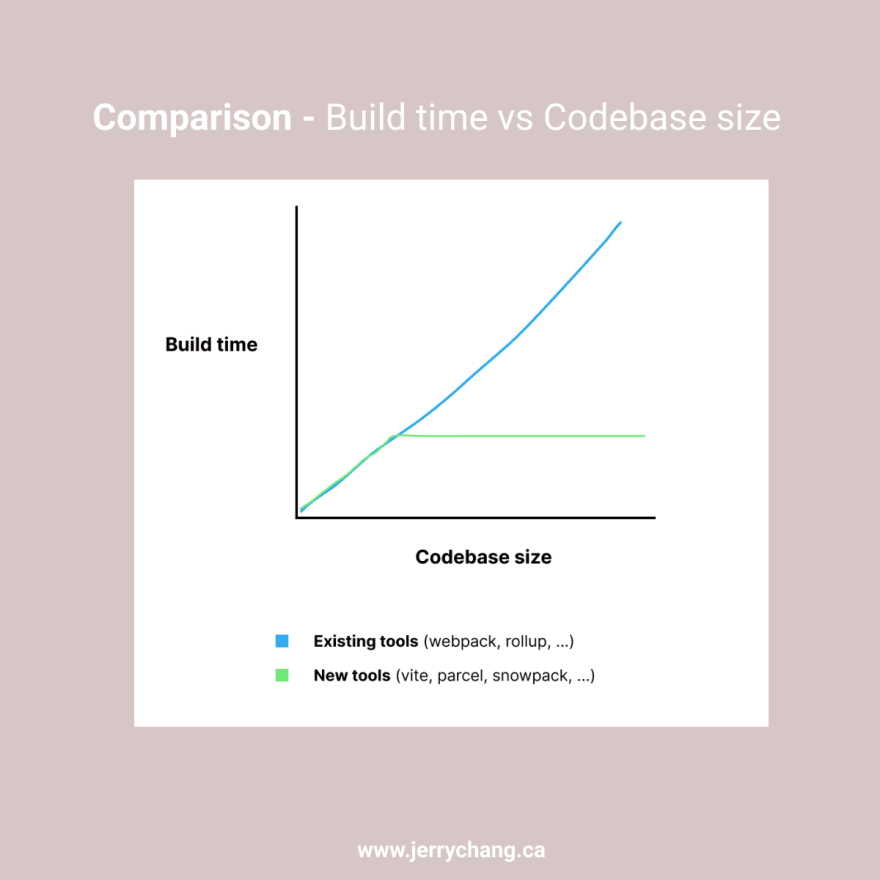 From a technical standpoint, there were 3 key design decisions that made it possible for Vite to achieve these optimization goals.

Let’s go through them one by one.

When webpack was introduced, it was the best tool at that time.

Then rollup came on the scene, it was a new bundler with a focus on simplicity.

Both of these tools took a very similar approach to bundling — which is, when the files changed, it rebuilt the whole bundle.

This means that as your codebase grows, the build times would grow linearly with this increase.

This leads to question of why can’t we just rebuild the files that has changed (and not the whole bundle) ?

And that’s the exact approach that Evan took when designing Vite.

All of these decisions were made possible because modern browsers now support native ESM.

1. Use of Native ESM

The first decision makes all the other decisions possible, and that was the decision to use native ESM.

In doing so, Vite can now delegate handling of the module system to the browser, and just handle the processing (transpilation, transforming etc) of the requested modules. 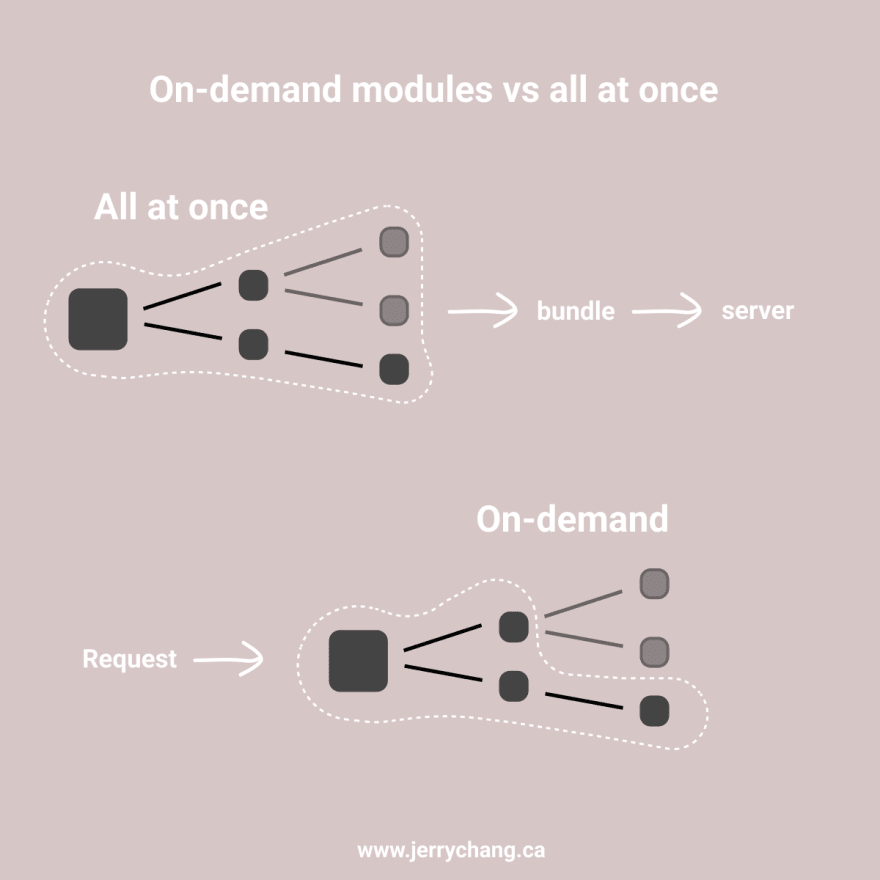 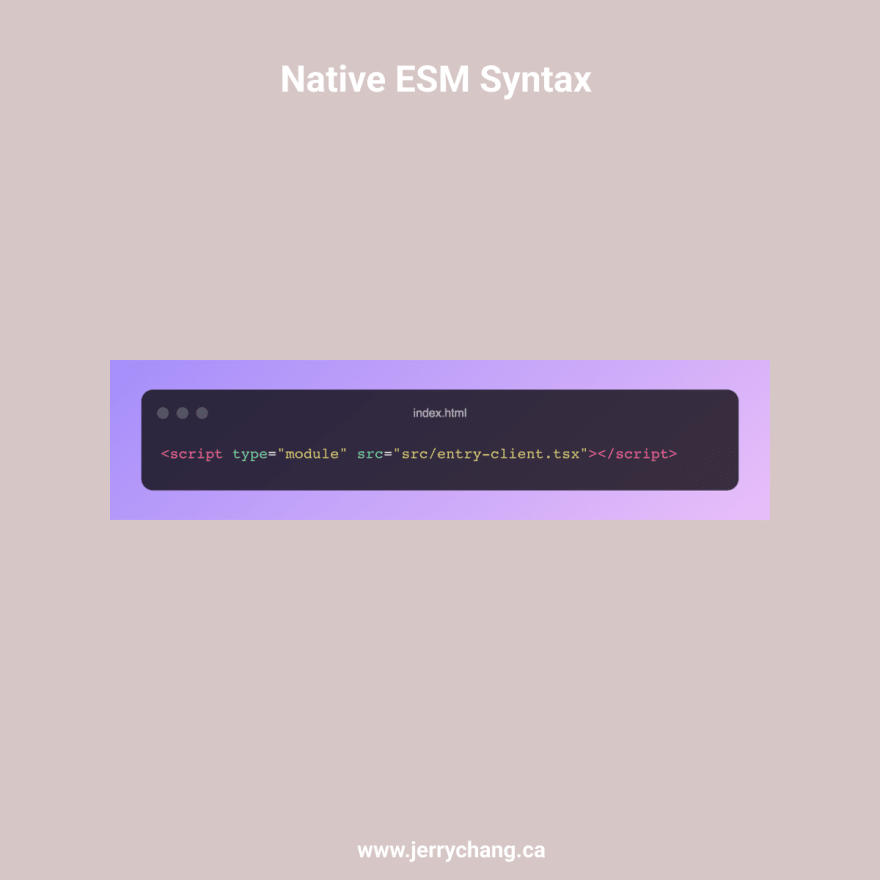 With this small change, it actually allows Vite to also rethink how recompilation works in the development environment.

With the use of native ESM, Evan can now rethink how the build lifecycle works.

One of those ideas is to actually separate the source code and dependencies.

This was actually one of the main bottleneck in bundlers like webpack and rollup.

Separating the two, allows Evan to re-design the builds to better suit the lifecycle of each of these use cases independently.

The use case are:

When changes occur, instead of rebuilding the whole bundle each time, Vite will just serve the modules on-demand.

This is done by leveraging the Vite middleware, and the native ESM on browsers which leads to better overall performance. 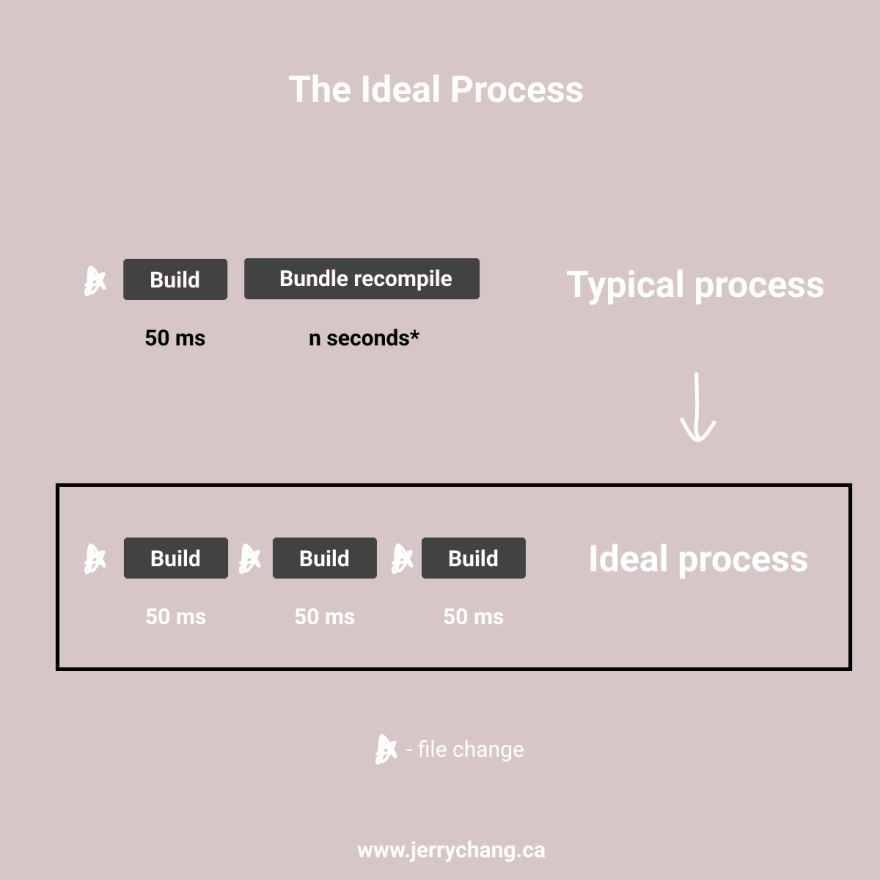 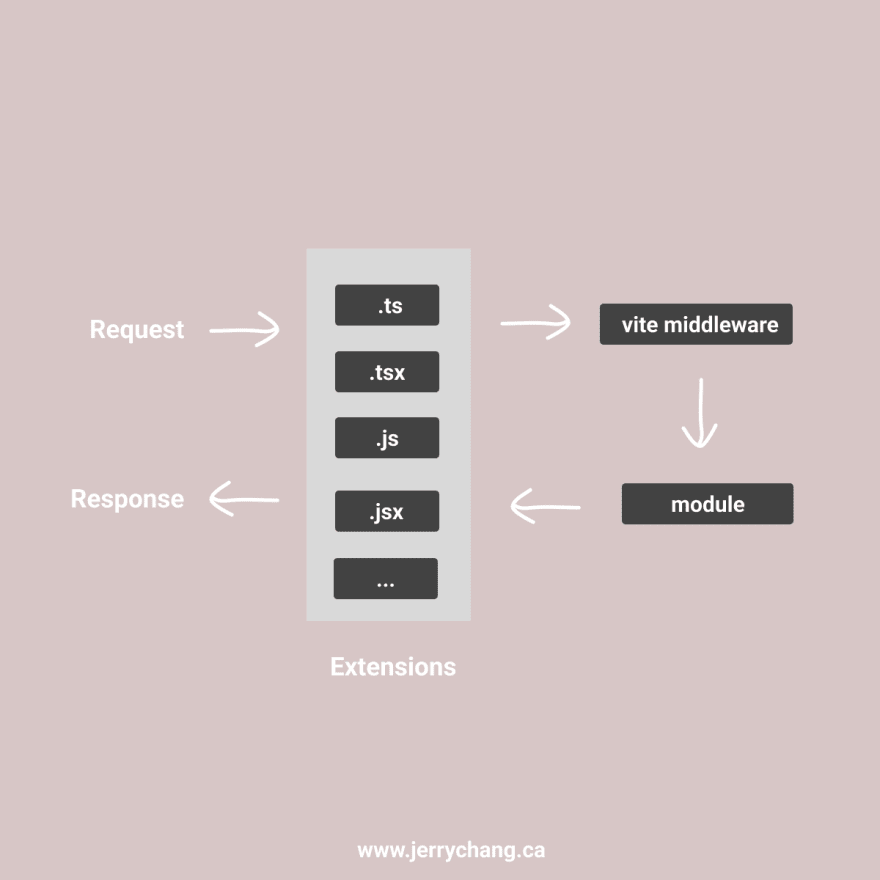 Now, in this section, we only talked about the recompilation.

What about the dependencies ? How does Vite handle that part ?

That’s where prebundling comes in.

To further optimize the build process, Vite will prebundle the dependencies in your project.

It does this by crawling the source code, and figuring out which dependencies needed to be prebundled, then run them through esbuild.

The outputs are cached in the filesystem based the lockfiles, and they will be invalidated as needed.

So, that means no more rebuilding on every change!

Other than prebundling dependencies, Vite also performs the following optimization in the process: 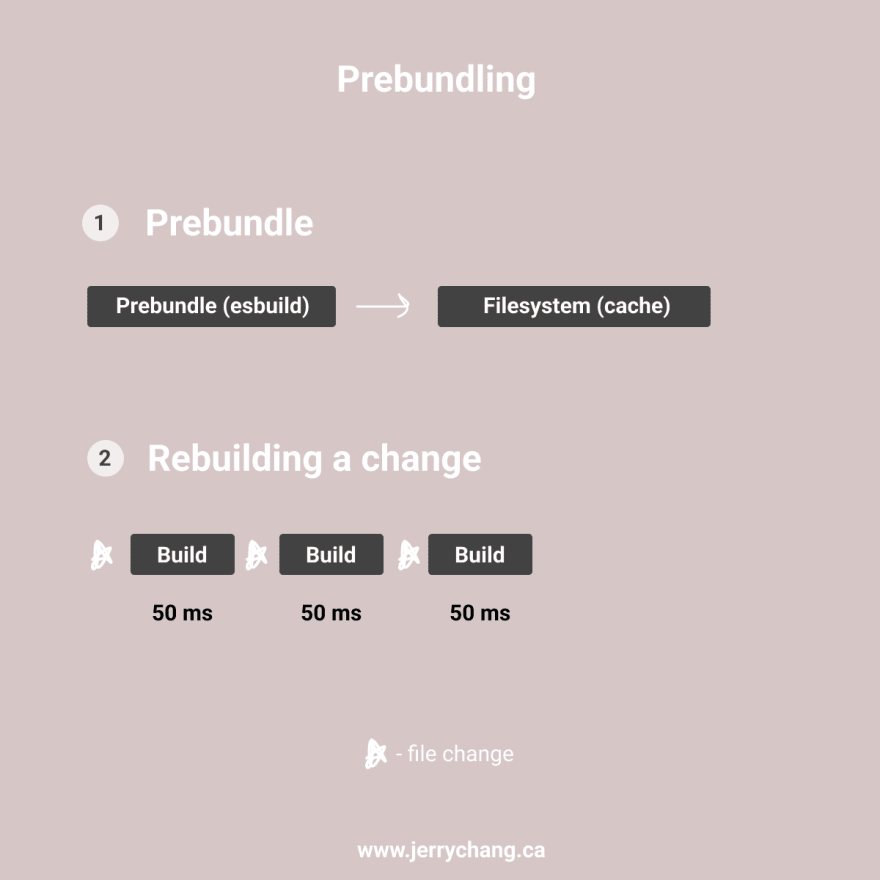 So, to recap, there are 3 key decisions made by Evan You (Creator of Vite) that allows for the overall performance improvements in the build times as your codebase size increases.

And that its! I hope you learned something new!

If you found this helpful or learned something new, please share this article with a friend or co-worker 🙏❤️! (Thanks!)

Adding ESLint and Prettier to a ViteJS React project

Why React Router is excellent for Micro-Frontends

Once suspended, jareechang will not be able to comment or publish posts until their suspension is removed.

Once unsuspended, jareechang will be able to comment and publish posts again.

Once unpublished, all posts by jareechang will become hidden and only accessible to themselves.

If jareechang is not suspended, they can still re-publish their posts from their dashboard.

Once unpublished, this post will become invisible to the public and only accessible to Jerry.

Thanks for keeping DEV Community 👩‍💻👨‍💻 safe. Here is what you can do to flag jareechang:

Unflagging jareechang will restore default visibility to their posts.