A managed C++ Windows Forms game as my university project.

By just showcasing this game in Computing, Electronics, and Mathematics Showcase NEW WIZARDS 2018, I wanted to put it here as well.

Over the span of 8 weeks, we had to make a game in c++, alongside starting to learn c++ from scratch at the same time.

What surprised me was - I did a lot of research making the game and every week we got introduced a new topic in university, I had already implemented the same concepts in the game. Starting from pointers and references to classes, structures and how to put those in a set.

I took the role as the project leader and led a group of 5 people. We took inspiration from Pokémon games, but funny enough - non of us had ever played an actual Pokémon game, we just had a brief idea of how the mechanics worked.

Non the less, I did have an awesome team: 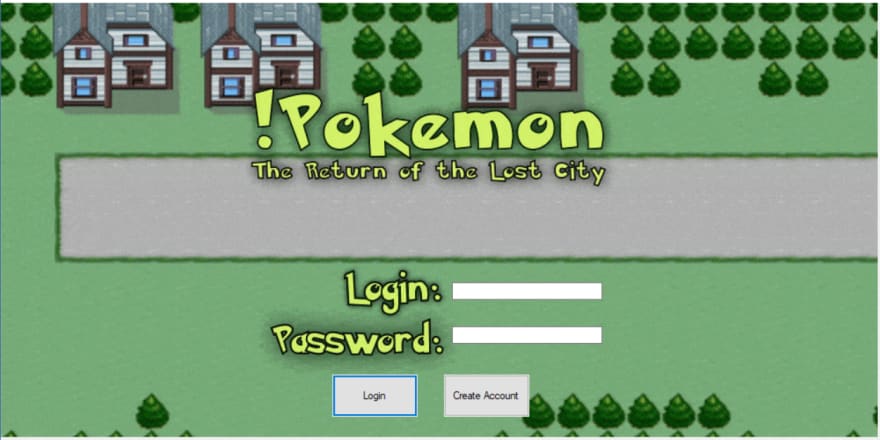 After login you get presented with the info screen, which let's you select a Pokémon and so on... If you've gotten this far, that means you can read and I don't need to list all the buttons. 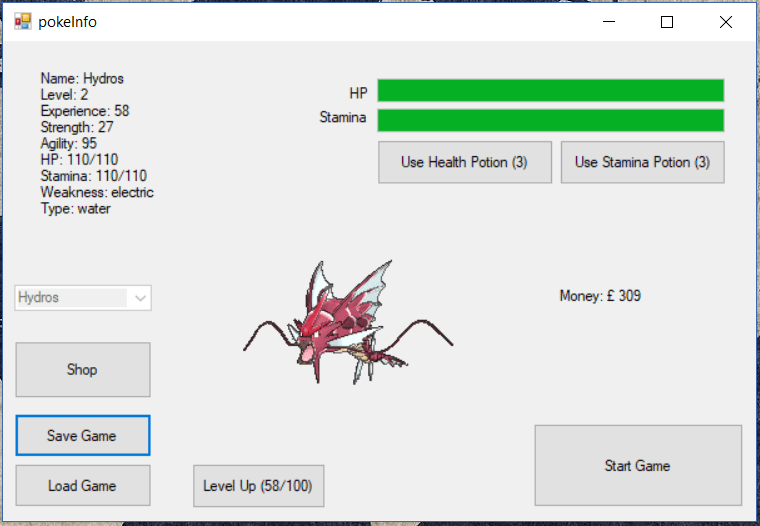 The next big step comes after "Start game". You get presented with a map dialog with a players character, a few enemies and obstacles such as trees. Since we wanted to implement some cool algorithms, we chose that the movement would work with a mouse double click on the screen, rather than just the arrow keys. It then uses A* path finding algorithm to find a route between your current location and the click, avoiding obstacles on the way.

Underneath the picture overlay, there are drawn boundaries to permit movement over obstacles. We toggle the picture with a Shift key and see the magic happening.

I made a drawing system which I talk about here. So you can choose a brush and draw by holding down the left mouse button or erase with the right mouse button. You then save the map locally by specifying a unique name and it's turned in to a .txt file that contains every coloured block and it's colour. Inefficient, but easy to understand.

This is a simple demonstration of how the A* algorithm works. It finds a good enough route fairly fast and that is exactly what we need in a game.

Check out more on A* implementation here.

In conclusion, this has been a fun experience learning a new language by making a game. As a gamer myself, I found it easy to learn while working on something you enjoy, as well as I perfected my skills using Visual Studio making much use of Peek function or Debug with breakpoints. Not to mention the things I learned being a Project Manager and what it means to keep track of the project's current status and assigning tasks, while also making documentation.

Download the game and try it out yourself or see the GitHub repository https://github.coventry.ac.uk/jansonsa/D1

Data Structures and Algorithms in CPP(C++) and Python

How to Send Pair with Open MPI