Thank you Akshay Saini for this beautiful series. Just summarizing your lessons for whenever I need a quick recap. Same for others. Hope it helps. 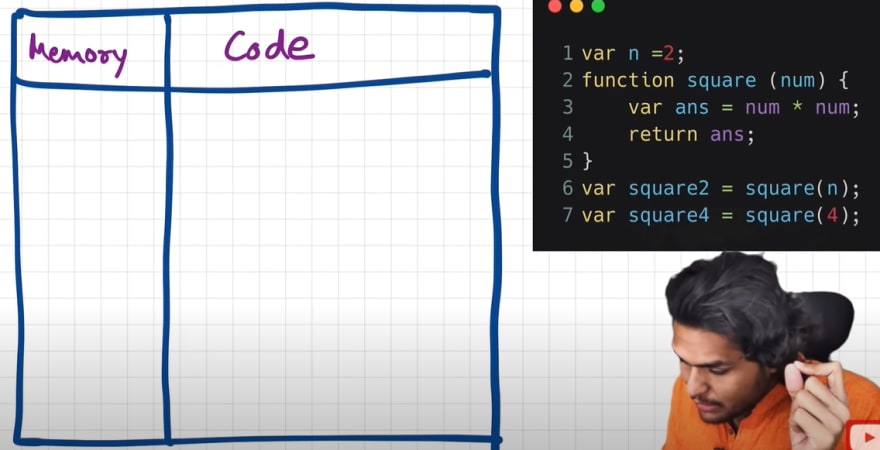 In above image, there is a simple js code and a rough diagram of execution context parts.
Js will allocate memory to all the variables and functions.

Note: All variables in first phase are assigned a value of undefined 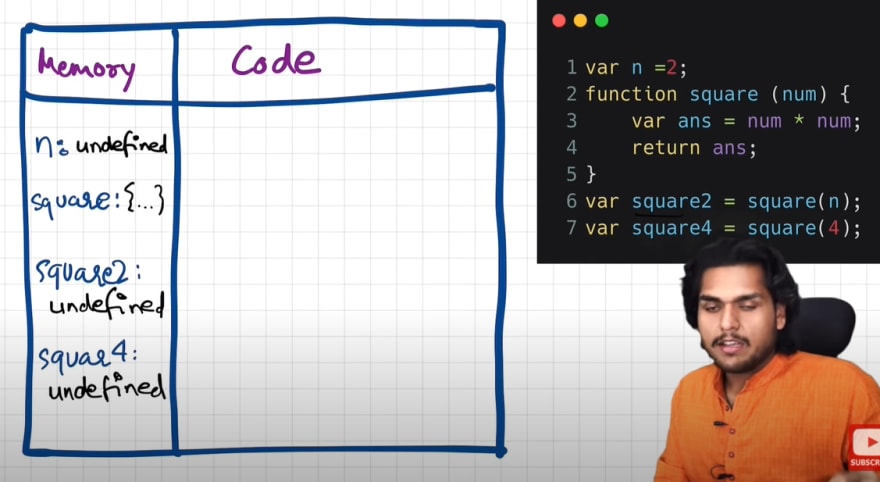 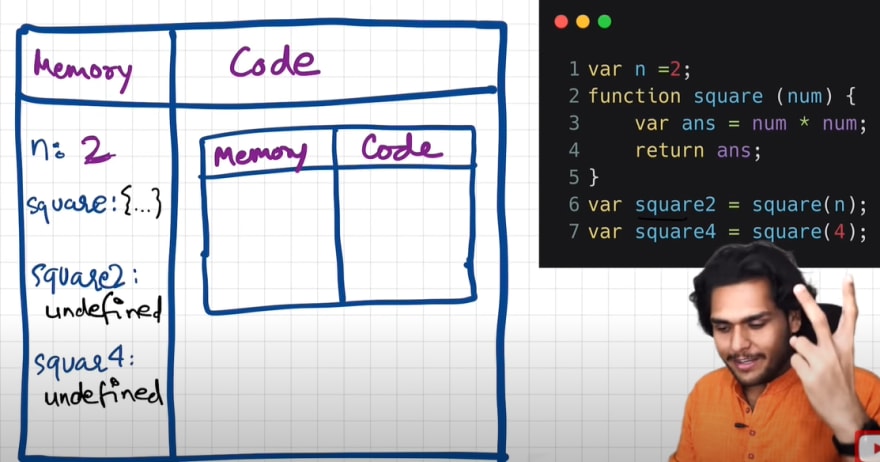 Since, new execution context is created. Memory and code execution phases are repeated.

Code execution phase
First it will assign num with value 2.
Then, first line of function is executed and the result which is 4 is assigned to ans.

return states that return the value to the place it was invoked or return back to the origin from where it was invoked.
So, second line of function is executed and the execution is back to its origin. 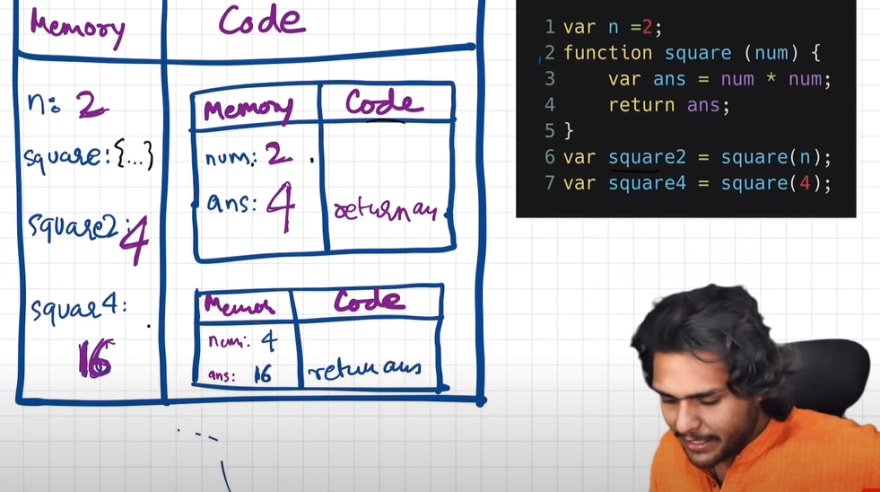 After doing all executions, global execution context is also destroyed after completion.

How does Js manages these execution context if there are alot of functions inside function or else case?

Answer is Call Stack
Js has its own call stack. Call stack maintains the order of execution of execution contexts. 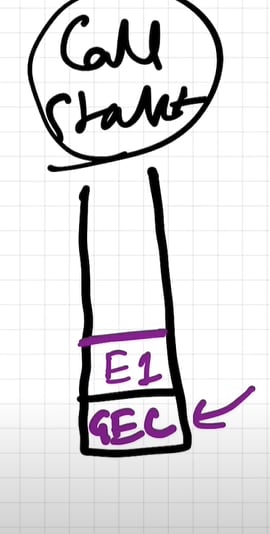 Once suspended, jamwal21 will not be able to comment or publish posts until their suspension is removed.

Once unsuspended, jamwal21 will be able to comment and publish posts again.

Once unpublished, all posts by jamwal21 will become hidden and only accessible to themselves.

If jamwal21 is not suspended, they can still re-publish their posts from their dashboard.

Once unpublished, this post will become invisible to the public and only accessible to Abhinav Singh Jamwal.

Thanks for keeping DEV Community 👩‍💻👨‍💻 safe. Here is what you can do to flag jamwal21:

Unflagging jamwal21 will restore default visibility to their posts.