This article will give you a brief introduction to an analysis tool for your code.
We will try to answer these questions: Why use sonarqube? How to install it?

Sonarqube, like so many similar tools, allows us to perform static code analysis, this will guide us to detect points for improvement.

What information can sonarqube show us?

How to install and use it?

Let's see the steps to install it and integrate it into your developer day.

1) Install sonarqube from terminal with the following command:

2) Run the sonarqube container, there are two ways to do it:

If you download another version instead of latest change to the specific version.
Important: remember the --name for later use.

3) Enter to localhost:9000 to validate that everything it's running fine. You will see a section like the following image, the username and password is admin: 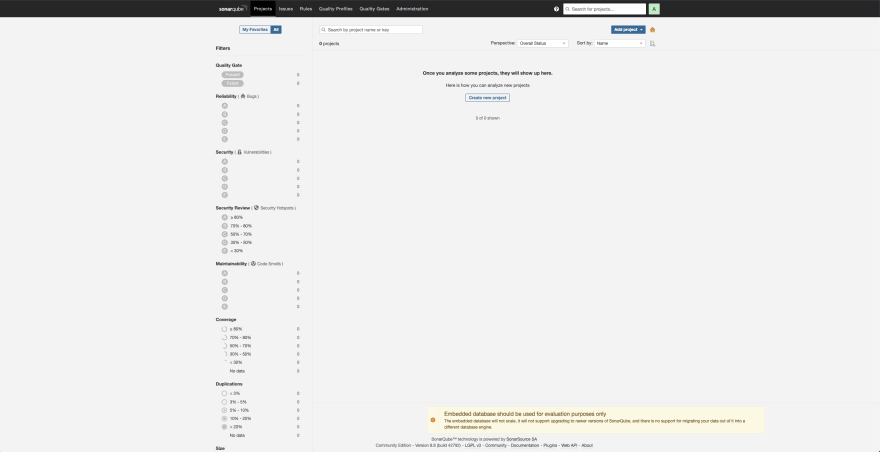 4) We are going to install a plugin so we can be able to support the analysis in Flutter,

id-docker: id of the container obtained in the previous step

name: container name. If you followed the tutorial without making changes, it is sonarqube

7) Followed by that, create a project and choose the option Manually

9) Enter a token for your project

10) Create a configuration file in your flutter project called: sonar-project.properties

If you want to use your own linter analyzer add this:

The analysis_options.yaml file already exists under the project root

12) Result: You can reload your dashboard to see all outputs 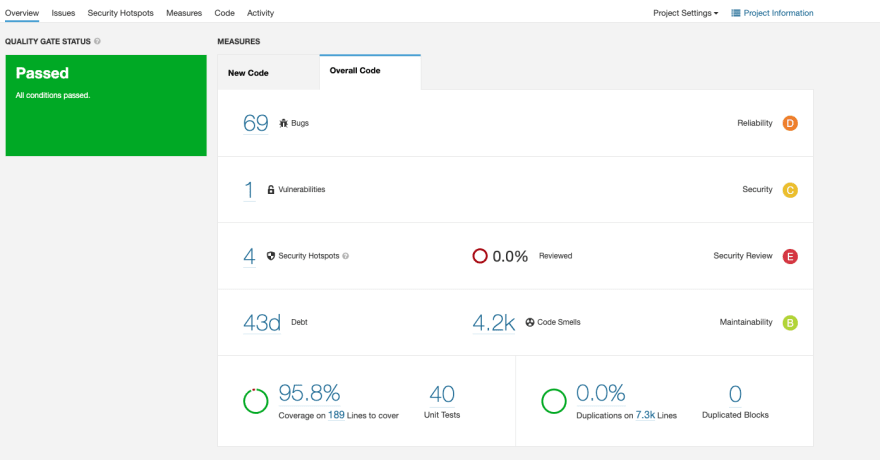 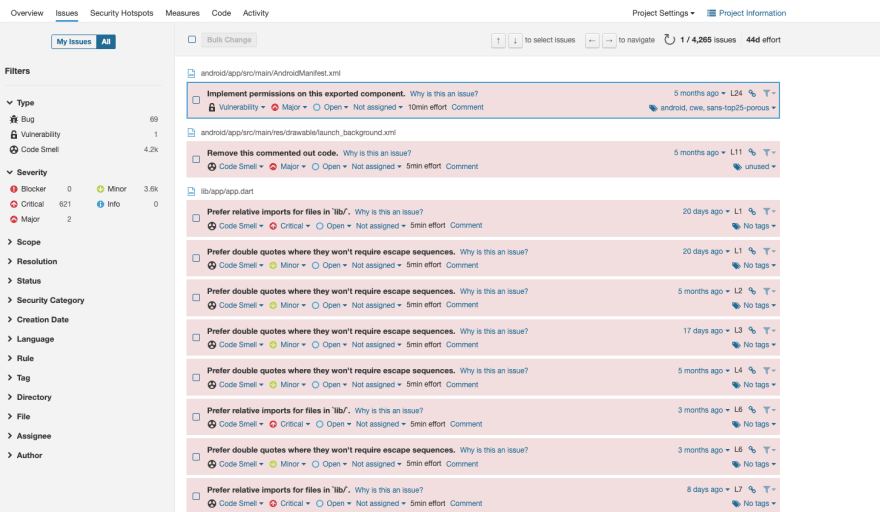 PD: If you get an error when Flutter is indexing the files in the test-folder, you can follow this solution

PD2: If you want to exclude build_runner classes, you can use the previous solution.

Sonarqube can become an ally for projects where you have teams that require evaluating the quality of the code and taking a quality leap. It will allow you to create "rules" so that a team can keep up with customer expectations. It is still very crude for flutter and I think one of the following libraries may suffice.

Static code analysis, I think that in most cases it is enough to use one of these libraries: Lint, VeryGoodAnalysis, Pedantic

The steps to run and install sonarqube are short. The thing that I wanted to achieve was to be as detailed as possible for people who are just starting and need a more detailed step-by-step.

Thanks to get here.

You can share this article to help other developers continue improving their productivity when writing applications with Flutter.

There's a Spanish version of this article on hashnode. You're welcome. 🇪🇸

See you in an upcoming Flutter article!!

What gives Flutter the edge over its other alternatives?