For the last decade or so, great advancement has been made in regards to Continuous Integration (CI) and Continuous Delivery (CD). The rise of DevOps testing has led to rapid demand for CI/CD tools. Existing solutions are consistently perking up with time and a myriad of new products or new versions are making their entrance into the QA world. When you have such prolific choices at hand, selecting the right tool can definitely get a little intimidating.

Amongst all the available CI/CD tools for testing, two tools that you should certainly consider are Jenkins and GitLab CI/CD. Jenkins has 16,000+ stars on GitHub whereas GitLab CI/CD has 2012. That’s 8 times more than GitLab CI/CD. However, these numbers aren’t the only thing one needs to look into while selecting a CI/CD tool. This is why in spite of the immense difference in stars, Jenkins vs GitLab CI/CD is having a neck to neck race over multiple review platforms as well.

Take G2 for instance, Jenkins has an average rating of 4.3 stars on G2 with 288 reviews while GitLab CI/CD has received 4.4 stars with 270 reviews on G2. It wouldn’t be wrong to claim that Jenkins vs Gitlab CI/CD is competing with each other on an equal footing. Interestingly, Jenkins was released in 2011 and is in the CI/CD business, it has been the preferred choice for testers. Yet ever since its launch in 2014, GitLab CI/CD has been making its way to the top with cutting edge features. We conducted a poll on social media as we went live with an article on Travis CI vs Jenkins.

The other tool that was mentioned the most was GitLab CI/CD. As a DevOps testing expert, you need to scrutinize these tools based on your project, budget, and other requirements. To help you out, I am going to do an in-depth evaluation of Jenkins vs GitLab CI/CD to help you make up your mind about the right CI/CD tool meeting your project requirements. Let’s start off with the basics. 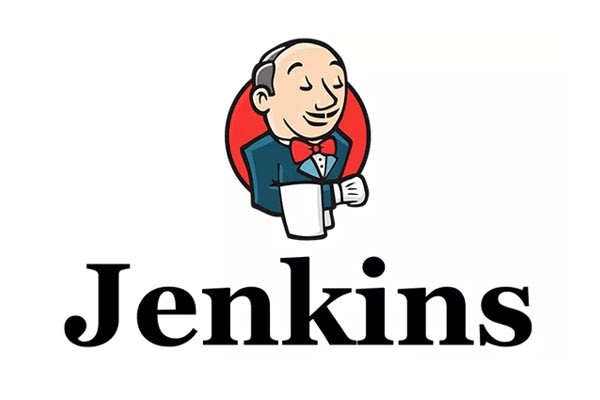 Jenkins is a famous and extendable open-source CI/ CD tool for automation of deployments. Jenkins is written completely in Java and launched under an MIT license. It has a powerful set of features that can automate tasks related to building, test, deployment, integration, and release of the software. This automated CI/CD tools for testing is available for use on macOS, Windows, and diverse UNIX versions such as OpenSUSE, Ubuntu, Red Hat, and more. Besides installation by native installation packages, it can be installed as a standalone or as a Docker on any machine that includes Java Runtime Environment (JRE) installed.

There is also a sub-project by Jenkins team called Jenkins X, which specializes in running a seamless pipeline with Kubernetes right out of the box. Jenkins X smartly integrates Helm, Jenkins CI/CD server, Kubernetes, and other tools to offer a prescriptive CI/CD tools pipeline with best practices built-in, like using GitOps to direct environments.

A plus point about using Jenkins is that the script is well structured, easily understandable, and quite readable. Around 1,000 plugins have been produced by the Jenkins team, allowing the application to intermingle with other familiar technology. Besides, it is also possible to use plug-ins, such as with Credentials Command. This makes it easy and feasible to add on hidden Authentication Credentials, etc into the script. Once the Jenkins pipeline starts running through, you also get to verify if the phases passed or failed and the total number of each phase. Yet, you won’t be able to check the status of the specific jobs in the graphical overview provided. However, what you can do is follow the progress of the jobs in the terminal.

Jenkins is best known for its easy setup, automated build process, and the vast documentation it provides for the users. When it comes to DevOps testing, Jenkins is considered quite reliable and probably won’t have to monitor the entire build process which is not the case with other CI/CD tools. Let’s look at some of the most important features offered by Jenkins-

Jenkins is easily available for macOs, Unix, Windows, platforms. It can be combined with Docker to bring high consistency and extra speed to automated jobs. It can also run as a servlet in Java containers such as Apache Tomcat & GlassFish. You will find a lot of support and documentation to guide throughout the installation process.

The plugin ecosystem of this particular tool is much more mature in comparison to other CI/CD tools. At present, there are 1500+ plugins offered by them. Since these plugins are ranging from language-specified development tools to build tools; it makes customization easy and lucrative. Hence, you would not not be required to buy expensive plugins. Jenkins plugin integration is also available for a number of DevOps testing tools.

The setup and configuration procedures of this tool are quite easy, as only some steps are needed in the installation. The upgrading procedure of Jenkins is also trouble-free and straight-forward. Again the support documentation provided helps a lot in configuring the tool according to your requirement.

As you know it is an open-source project with an abundant plugin ecosystem, all of the plugins and features are intelligently supported by a vast community contribution. The amazing community involvement that accompanies Jenkins is one of the major reasons that have helped with its maturity.

Jenkins offers the RESTful Application Programming Interface for extensibility. The Jenkin’s remote-access API comes in three distinct flavors – Python, XML, & JSON with JSONP support. One of the pages in Jenkins site has descriptive documentation on Jenkins APIs that can aid in extensibility.

Jenkins intelligently supports parallel testing. You can easily integrate it with dissimilar tools and get notifications if the build is successful or unsuccessful. Developers can even accelerate their test suites by executing multi-builds in parallel, across distinct virtual machines.

It can effortlessly run distributed work i.e. tasks run through a distinct machine without resulting in an impact on the GUI (Graphical User Interface). It is significant to note that only this specific tool can use the same instance on which it runs GUI associated tasks, as opposed to other CI/CD tools. 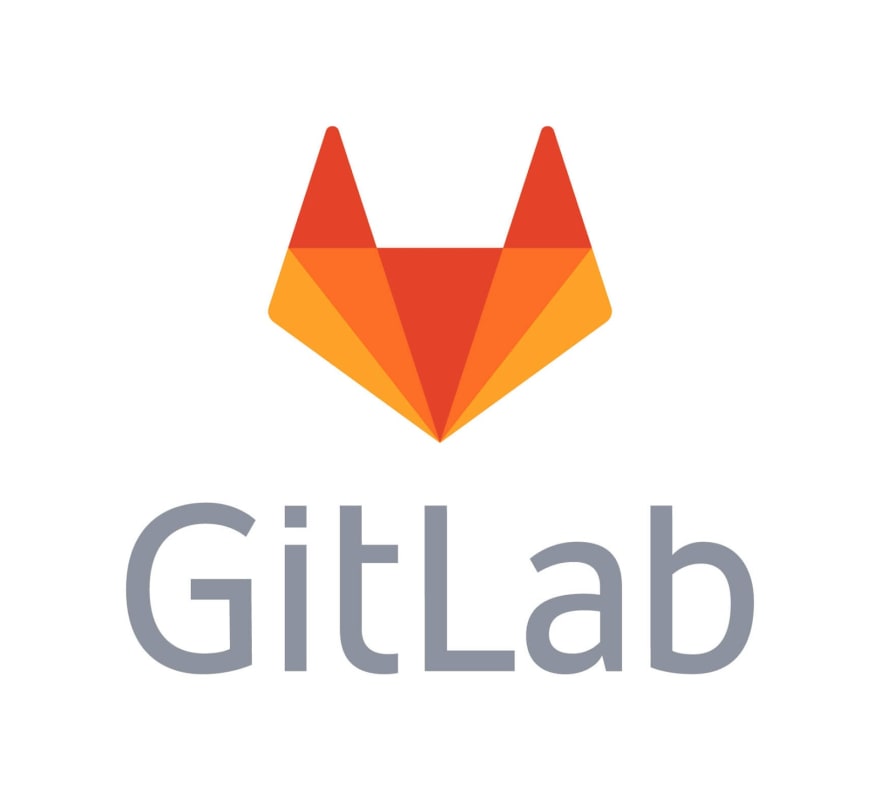 Among all the CI/CD tools for testing, GitLab CI/CD is undoubtedly the newest one and the most admired choice. It is a free and self-hosted Continuous Integration tool built into GitLab CI/CD. GitLab CI/CD has a community edition and provides git repository management, issue tracking, code reviews, wikis, and activity feeds. Companies install GitLab CI/CD on-premise and connect it with Active Directory and LDAP servers for secure authorization and authentication.

Find out how to build an Automated Testing Pipeline With GitLab CI/CD & Selenium Grid. Here’s a video tutorial to help you better understand the process-

Formerly released as a standalone project, GitLab CI/CD was integrated into the main GitLab software with the GitLab 8.0 release in September 2015. A solo GitLab CI/CD server can manage more than 25,000 users and it is also likely to form a high availability setup with multi-active servers. GitLab CI/CD and GitLab are written in Ruby and Go and launched under an MIT license. GitLab CI/CD also provides planning, packaging, SCM, release, configuration, and scrutinizing in addition to CI/CD that other CI/CD tools are focused on.

GitLab CI/CD also provides repositories, thus the integration of Gitlab CI/CD is quite simple and straightforward. When it comes to using GitLab CI/CD, the phase command comprises a series of stages that will be implemented or executed in the precise order. After implementation, each job is portrayed and configured with diverse options.

Each job is part of a phase and will automatically run parallel with other jobs in a similar phase. Once you do that, the jobs are configured and you are all set to run the Gitlab CI/CD pipeline. The result will be illustrated later on and you will be able to check the status of every single job you specified inside a phase. That is how GitLab CI/CD is different from other CI/CD tools used in DevOps testing.

GitLab CI/CD is one of the most loved CI/CD tools used for DevOps testing. GitLab CI/CD has strong documentation, easy control, good User Experience on its side. If you are new to GitLab CI/CD, I have listed down the main features of GitLab CI/CD that will help you know it better. Come take a look.

It is widely used and one of the newest open-source CI/CD tools available. Installation as well as configuration for GitLab CI/CD is easy. It is a free and self-hosted CI tool built into GitLab. GitLab CI/CD gradually evolved as one of the most popular free CI/ CD tools used for automation of deployments.

Jekyll plugin is a static website generator with great support for GitHub Pages and it makes the build process simpler. Jekyll Plugins Support takes HTML files and Markdown and creates a complete static site based on your preference of layouts. One can easily configure most Jekyll settings, for example, your website’s plugins and theme, by editing your _config.yml file.

Auto-scaling GitLab CI runners can easily manage and save 90% on EC2 costs. This is truly essential, particularly for a parallel testing environment. Also, for organization level or project level runners this is usable across repositories.

Due to its great issue tracking and issue shuffling features, GitHub is a preferred CI/CD tool for numerous open-source projects. It smartly allows you to parallel test pull requests and branches. For simple and trouble-free monitoring, the testing outcomes are displayed on the GitHub UI. Owing to the easy user interface, it is extra friendly to use when you compare it to Jenkins.

The active and progressive community is one of the major plus-points for GitHub CI/ CD. All the support is provided out-of-the-box and doesn’t require modification in additional plugin installation.

GitHub CI/ CD is not only used for building code but to scrutinize or review code as well. It allows improved collaboration with easy merge requests and merge management systems. There is support for more or less all version control systems & build environments. Loads of collaborative initiatives are implemented under the GitHub project that aid in the expansion of GitHub CI/ CD.

Jenkins and GitLab CI/CD both are pretty good at what they do and have a tech-following of their own. Yet, a lot of features come up while discussing the battle between Jenkins vs GitLab CI/CD. Here is a comparison between all the features offered by these two CI/CD tools. 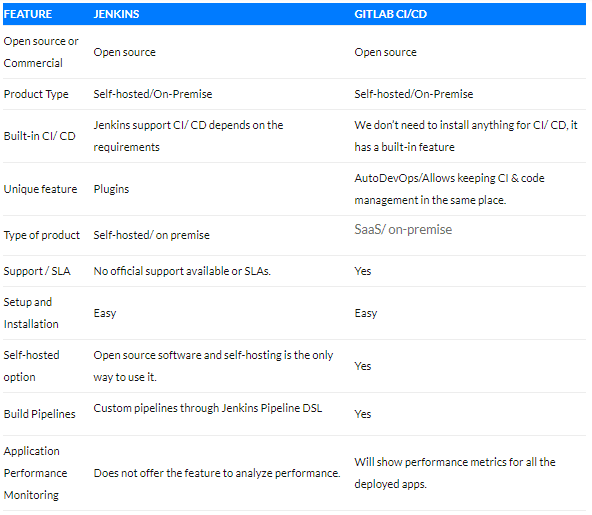 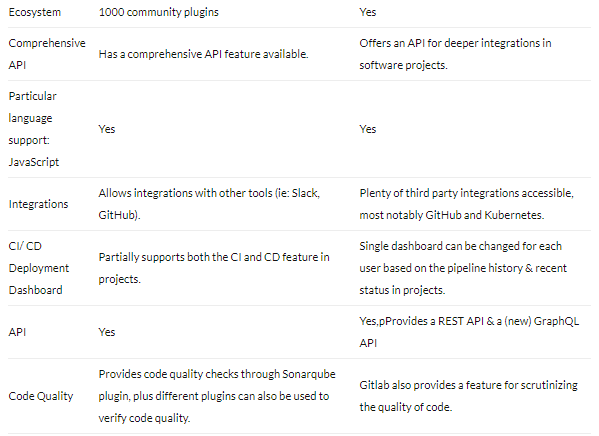 Distinction between Jenkins vs GitLab CI/CD

Jenkins vs GitLab CI/CD: Which CI/CD Tool Should You Prefer?

Both Jenkins and GitLab CI/CD have their own pros and cons and your final choice between the two CI/CD tools entirely depends upon the project requirements and specification. Each of these CI/CD tools has its own set of advantages, disadvantages and were released to accomplish exactly the same requirement: automating processes for CI/CD (continuous integration and delivery). Jenkins is for Continuous Integration whereas Gitlab CI/CD is for Code Collaboration and Version Control.

Apart from the salient features, you should also glance at the pricing lists and in-house proficiency while picking out the best CI/CD tools for DevOps testing.

Fun Fact: From a DevOps testing perspective, It doesn’t matter whether you choose Jenkins or GitLab CI/CD as our cloud Selenium Grid offers integrations with both CI/CD tools and many more. The best part of using LambdaTest for cross browser testing is that you can test and validate your new builds in the pipeline on 2000+ real browsers, their versions, and operating systems and speed up your testing once you have chosen the best DevOps testing tool. Happy Testing!