Before starting the blog I wanted to say that this is my first PyPI package and it is still in the development phase so if anyone finds it interesting, make sure to checkout funmark in GitHub

Funmark is a python package that can be used for function benchmarking and then to analyze/compare their runtime and memory consumption using graph plots.

In this blog I will be using my funmark package to benchmark sorting functions, mainly

BenchMarking the above functions

For each function, I am running .run(function Name, parameter) to get their runtime and memory usage, and then I am saving them to their respective objects using .add(size, time, memory)
At the last line of while loop and increasing the size of listSize so that we can get these values for different sizes of the list

Here I am plotting the graph of time with merge and passing quick and tim to plot all of them together, here is the result of this line 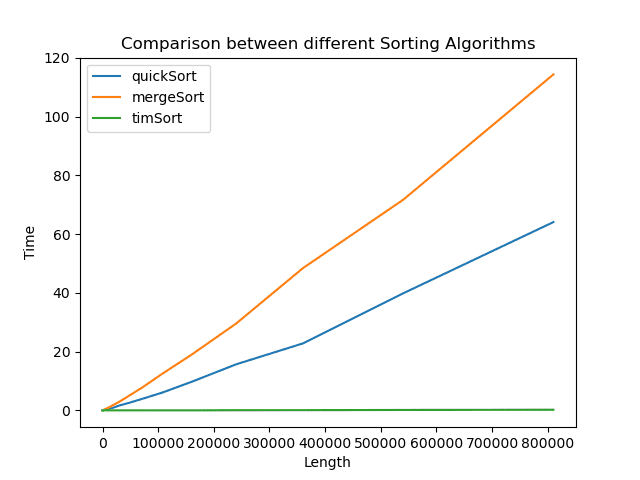 As you can see QuickSort even though has bigger worst case time complexity that MergeSort, its average case is much better due to

And Tim Sort performs exceptionally better than both as expected, hence it's better to use python's in-build .sort() method as long as your need is plain sorting.

Here I am plotting the graph of memory with mergeSort and passing quickSort and timSort to plot all of them together, here is the result of this line 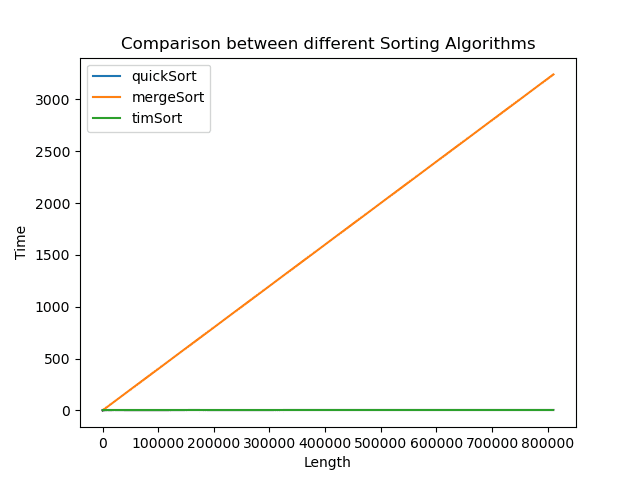 The plot for QuickSort is just below the TimSort plot hence it isn't clearly visible in this plot but from this we can understand that MergeSort requires extra space whereas QuickSort and TimSort don't!

This was just a simple analysis of Sorting Algorithms but funmark can be used to do benchmark and analysis for any python code as long as it can be written in a function.

If you liked what this library can do then check it out on github and drop a star and look into the issue tab if you want to contribute!

Spread operator in JavaScript VS Python.

Some Websites for hosting and fetching JSON

Once suspended, jai_dewani will not be able to comment or publish posts until their suspension is removed.

Once unsuspended, jai_dewani will be able to comment and publish posts again.

Once unpublished, all posts by jai_dewani will become hidden and only accessible to themselves.

If jai_dewani is not suspended, they can still re-publish their posts from their dashboard.

Once unpublished, this post will become invisible to the public and only accessible to Jai dewani.

Thanks for keeping DEV Community 👩‍💻👨‍💻 safe. Here is what you can do to flag jai_dewani:

Unflagging jai_dewani will restore default visibility to their posts.