Have you ever wondered what are the largest files in your local disk ? Well, I also did. But at the same time, I had two constraints on mind :

This article will show you step by step how I did it. But before we're diving in, let me show you the final Tableau data vizualisations, which are quite satisfying !

How did I do it

Before having the above final vizualisation, the first step is obviously to gather datas. I just used the following two lines code from my cmd terminal :

Note that the output file is stored out of the scanned disk so that it doesn't interfer while scanning. 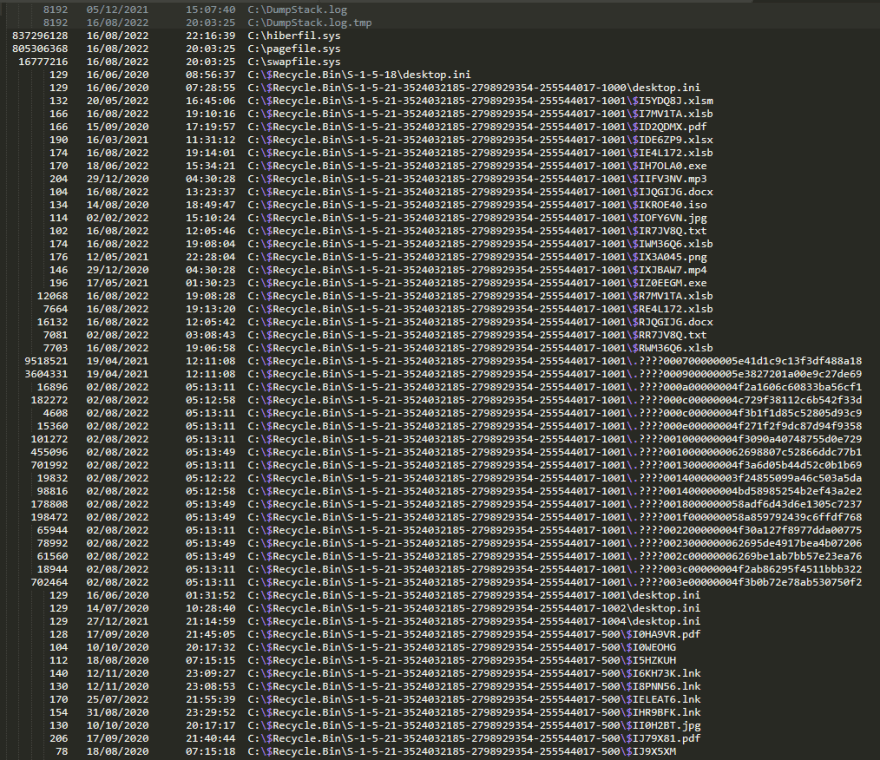 Quite ugly, right ? Let's do some cleaning.

This step can be done in any software or programming language that you like. In my case, I directly used Tableau Software.

And that's it, we are ready to dataviz !

If you want to preview your own files...

Just ping me on Twitter and I will be glad to give you the Tableau template to get started quickly !

Feel free to tell me what are your thoughts on this side-project of mine on the comments section below.

Making my Makefile find things for me

Jady Nekena
A random woman in IT. Datas + Dev.
Have you ever seen anyone "fake" their way into a software development position?
#discuss #career #watercooler
Meme Monday 🦊
#jokes #discuss #watercooler
Why "Do Your Own Research" is terrible advice
#career #money #healthydebate

Once suspended, jadyrama will not be able to comment or publish posts until their suspension is removed.

Once unsuspended, jadyrama will be able to comment and publish posts again.

Once unpublished, all posts by jadyrama will become hidden and only accessible to themselves.

If jadyrama is not suspended, they can still re-publish their posts from their dashboard.

Once unpublished, this post will become invisible to the public and only accessible to Jady Nekena.

Thanks for keeping DEV Community 👩‍💻👨‍💻 safe. Here is what you can do to flag jadyrama:

Unflagging jadyrama will restore default visibility to their posts.