With the WordPress eco-system flooded with themes, it's easy to get fixated on the idea that you have to use one that is already out there. But if you think about it, these themes are generic and are made for the general community, and not your individual style. So I took matters into my own hands and built a theme from the ground up, tailored to my own needs.

Let's follow the journey of the decisions made that led to the creation of my own WordPress theme!

Framework's aren't for me

I don't know who needs to hear this, but it's ok to not use frameworks/libraries if you don't like them. For me, I absolutely hated the idea of all the unused code from parts of the framework that I wouldn't plan on using.

Now you may be thinking, "Aren't we meant to be talking about WordPress themes?!". And yes, we are, however a framework is at the core of a theme. So it was a good idea to think about this first when going about creating a theme.

Now that I understood why I didn't want to use a framework for the fundamental HTML/CSS structuring, I began creating my own, but one that would solve the issues I have with existing frameworks.

Understanding what I wanted out of a theme

Moving onto the actual WordPress side of things, this would be where the theme would be tailored into something that could get the most out of. I had lots of ideas for things like helper functions that would reduce repetitive tasks such as calling an image on a template, or pre-built segments of the page such as a site header.

Here's a list of just a few of the things I specifically wanted:

I found having a list of ideas like the above very helpful in understanding what the actual purpose of this theme would be, which gave me more motivated to get the damn thing built!

First off, I am one of those that absolutely loves naming and branding my personal projects, and my own WordPress theme was no exception. Let me introduce to you Shape Shiftr, or Shiftr for short. This is a WordPress blank starter theme built completely from the ground up with its own CSS/JS framework.

Shiftr has seen a few big updates since its initial release in early 2019, so to keep it simple, I'll just run over the current, more modern stack in use. 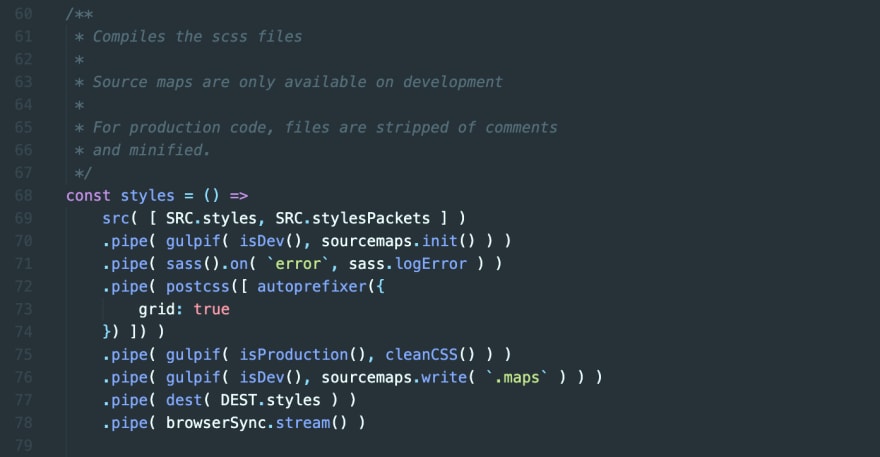 What I find most rewarding after creating your own theme is then going onto use it in real projects. To date, Shiftr is used in 12 production sites, all built by myself. So over that time I have been my own critic of sorts, finding anything from bugs to improvements that could be made. I'll walk you through a few of the top features that make a real difference to my day-to-day work while using the theme. 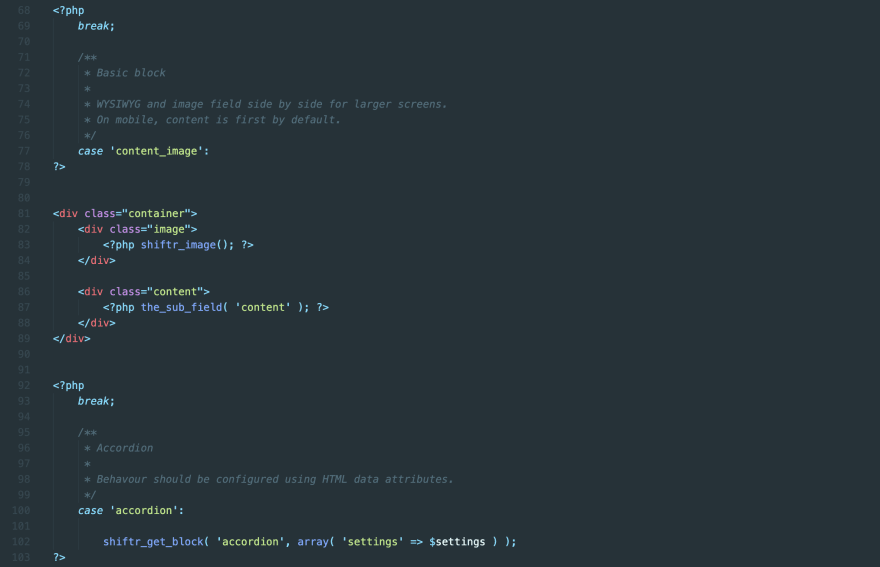 Staying ahead of the game

As mentioned in the previous section, I've tried to update the theme with new features, bug fixes and general touch-ups at least once every few months. I found it really important to stay on top of these updates, because as and when I would either find a bug or think of a new feature, I would end up just copying directly from one project to another, without ever actually putting the code into the source of the theme where it would be instantly available for future projects.

There can also come a time when WordPress catches up with modern tech. For instance, in WordPress 5.5, the core team brought native lazy loading with some help from the team at Google (I suspect). Now Shiftr already had Google's recommended implementation of lazy loading. So, on the working assumption that Shiftr would only be used with the latest releases of WP, I set about removing my lazy loading, as that can now be handled by WordPress itself.

So there we have it, my journey of developing my own WordPress theme that meets my every need. Feel free to check out the code for yourself over on GitHub, you may use it to find inspiration in creating your own theme. Thanks!

How to Disable Widget Block Editor in WordPress?