npm is a package manager for Node.js. Also an online database of more than one million JavaScript development tools(packages).

To download a package from npm, all you have to do is run command:

And the package will automatically be downloaded to the node_modules folder in your project.
You can use it right away. It saves so much time for developers.
As an open source library, you can also share your cool stuff by publishing it to npm.

Let’s build up a simple and useful package, then publish it to npm.

First we have to download npm. We can get it by installing Node.js. Let’s download Node.js from its official site.

Open your terminal and run :

If version information shows up, it means you successfully installed it.

Then create a new folder, and initialize this folder.

multiavatars is my npm package name.

Create a src folder and a lib folder under the root directory. We will place our react component under .src folder. And js file after compile will appear under .lib folder. 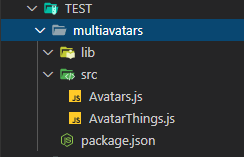 After running npm init -y there will be a package.json file generated automatically. Usually this is enough for us to develop. But in order to publish this project to npm, there are some details to take care of. Just edit your package.json file as below :

I needed the npm package for dependencies (avataaars) in this, so I have included it here.
As well as adding only what you need to dependencies. (ex: mui, axios or any other )

Also I wrote "main": "./lib/Avatars.js" in the package json.
But when you look at it there is no such thing as a file (./lib/Avatars.js).
It only comes when it is compiled.

After we finished editing package.json, let’s install tools and libraries we are going to use. Like React, Webpack, Babel, and avataaars.

Next we are going to set up webpack config file. Create a webpack.config.js file. In this file, we deliver some important information to webpack such as entry of project and output form.

These are some basic settings that can handle most of situations.

Using JSX with react is awesome. But the browser can’t read JSX. This is why we use babel to compile JSX into JavaScript. Just place packages we are going to use in presets.

Readme.md is for introducing your package. It shows up both on npm and GitHub repository. It’s better to provide as much details you can here. Because most of people tend to download packages with complete information. If you create a super killer package but without Readme.md, no one going to use it.

Then look at the structure of your files: 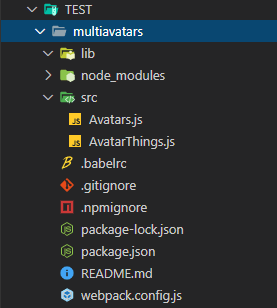 After we setting up everything, let’s do the code. I am going to create a simple but useful package which is a scroll to top button. It’s going to be a button, click it and you will back to the top of web page no matter where you at.

You can create whatever you want here. It doesn’t matter because our point is how to publish it.

So let’s skip how to create this react component. Just check the code if you are curious.

Try it on localhost

After we done the react component, just run : 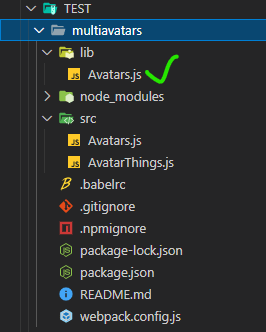 Ideally, we will receive a success message. Before we publish it, we should test is this package working or not. Run : 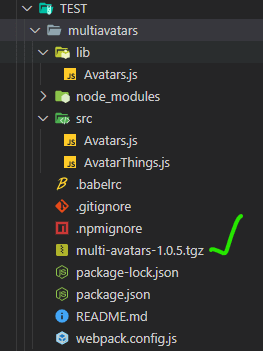 Then a .tgz file will generated. Let’s install it to another random react project and import it to a component.
Use the local path of this package to install it, like below : 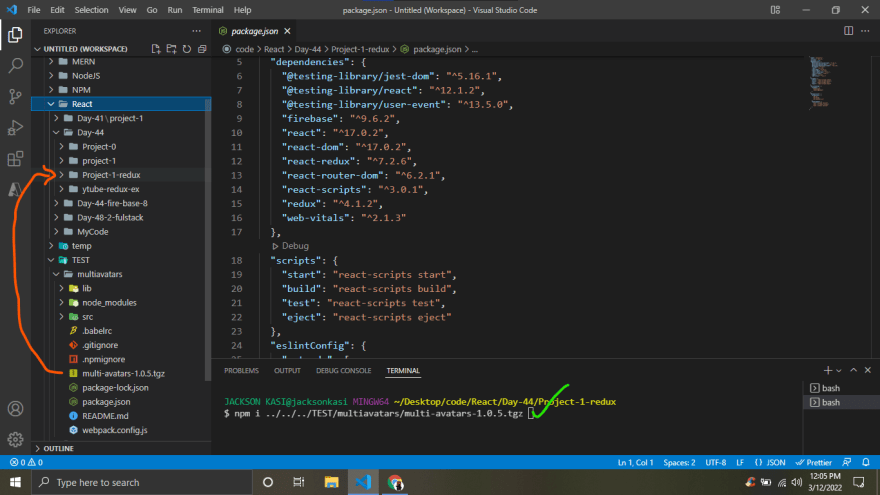 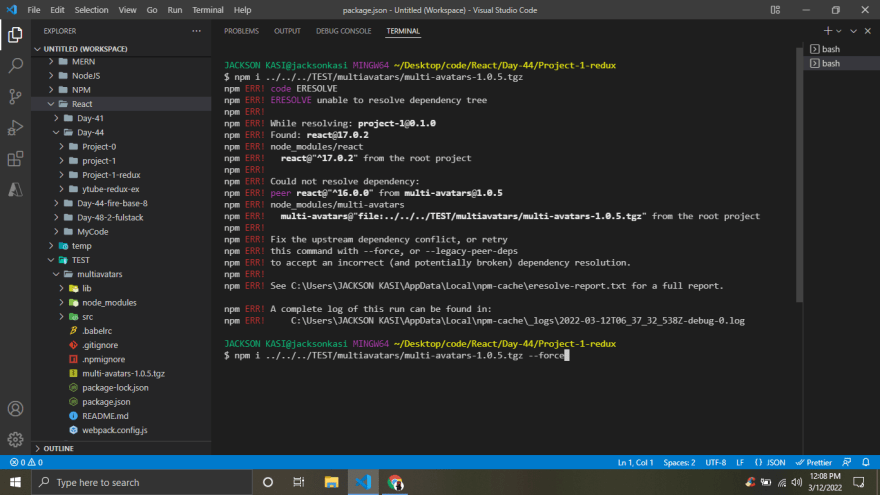 so you can just use --force

then my package is installed in locally... 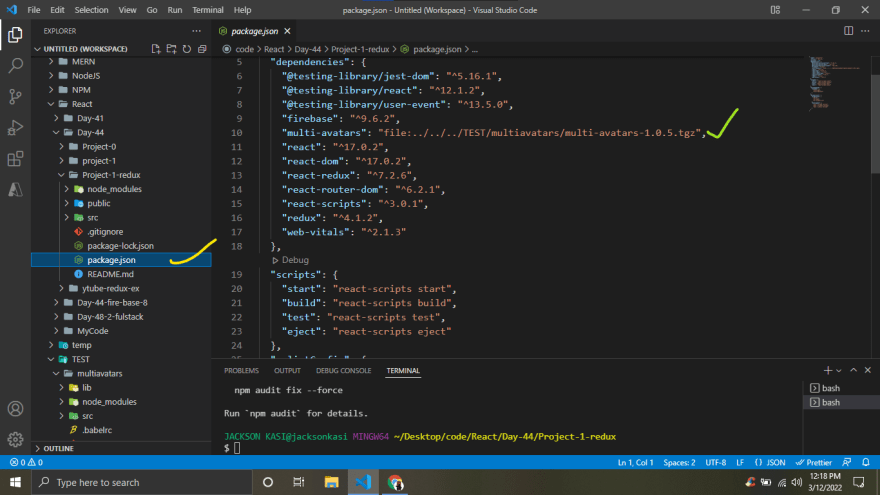 Ideally, this package is working! 🤗

Finding a name:
Sometimes you might try to publish a package and find that the name is either already taken or the name is almost identical to another package so its better to first search and see if the package name is already taken. So type the following command in the command line.

if you find that nobody is using it them you can use the name.

Go to the npm website and create an account using your mail ID and password.
Make sure that you are in the current directory that is the components directory and type the following commands:

After logged in successfully, we can publish it, run :

We will receive a success message. Then wait for couple minutes, go to npm site and search for our package. When we see it on npm site, we’re done!

Remember to check the version every time before publishing. If you forget to update the version, publish will fail.

In the end, let’s import this package and see how it looks like :

This is it! Hope you enjoy this and publish some cool stuff on npm.

Software and the chicken and the egg problem

Jackson Kasi
I am not only interested in developing applications, and also I am interested in Business, Marketing, Stocks, Art...
Which website or app do you think is the most beautiful UI App?
#webdev #programming #ux #discuss
Array of Object Manipulation in JavaScript
#javascript #beginners #webdev #tutorial
The Giveaway for you😍
#webdev #beginners #programming #discuss

Once suspended, jacksonkasi will not be able to comment or publish posts until their suspension is removed.

Once unsuspended, jacksonkasi will be able to comment and publish posts again.

Once unpublished, all posts by jacksonkasi will become hidden and only accessible to themselves.

If jacksonkasi is not suspended, they can still re-publish their posts from their dashboard.

Once unpublished, this post will become invisible to the public and only accessible to Jackson Kasi.

Thanks for keeping DEV Community safe. Here is what you can do to flag jacksonkasi:

Unflagging jacksonkasi will restore default visibility to their posts.