I have been playing heavily with docker in the last couple of weeks and the idea of encapsulating applications including all of their dependencies and cruft they bring into a kind of ‘sub-system’ that only has well defined shared resources with the host did not only speak to me when thinking about servers and development environments. I have seen a trend with modern, closed source applications: They all start to provide their own repository for your package manager instead of bothering with the official ones. Adding a third party repository to your package manager simply to install spotify or slack is a question of trust - the list of third party repositories should be minimal.

Since in Linux everything is a file and docker can mount files to containers the thought of putting applications into containers is not very far fetched: It’s as easy as mounting the correct set of sockets to the container and the containerized application is able to talk to the system resources.

In order for graphical output to work there are 3 things that need to be done:

To test if the connection to X11 is working correctly the following can be executed to setup a simple container containing the xeyes application:

The next big hardware device that a desktop application might want to use is sound input and output. The simplest way is to let the guest handle all of the audio related tasks using alsa acessing the audio device directly. This would work similar to the X11 socket above - but with the /dev/snd device.

This works - but has a major drawback: It places all of the control over audio into the containers. Imagine having to ssh into multiple containers to regulate your volume.

Most distributions and most users are using pulseaudio in order to configure and manager their sound environment. A dockerized application should play into the global pulse instance instead of acessing the audio device directly. This way all dockerized applications are still managable by using a tool such as pavucontrol on the host.

This however presents a couple of difficulties: - Pulseaudio is started as a user service and is bound to the current machine and user

In order to overcome these hurdles a couple of steps need to be taken: 1. Create an environment that is accepted by pulseaudio IPC - Create a user in the container with the same uid as the user on the host system - Mount /etc/machine-id into the container 2. Mount the pulse audio socket (/run/user/${UID}/pulse) into the container

The following starts firefox in a container with support for pulseaudio for sound: 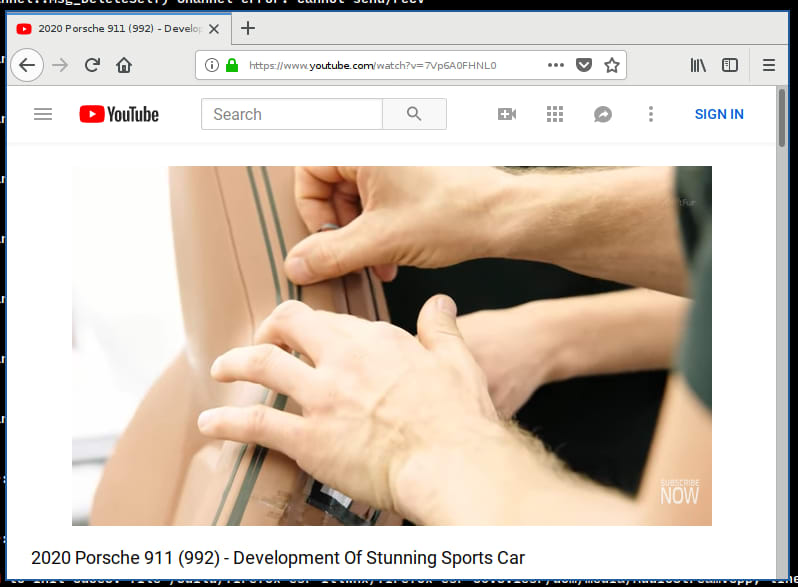 Let’s revisit how I started this article: The idea of encapsulating third party closed source applications appealed to me - that was the point of all of this. Spotify is the easiest example, as all that it needs is X11 and sound output. 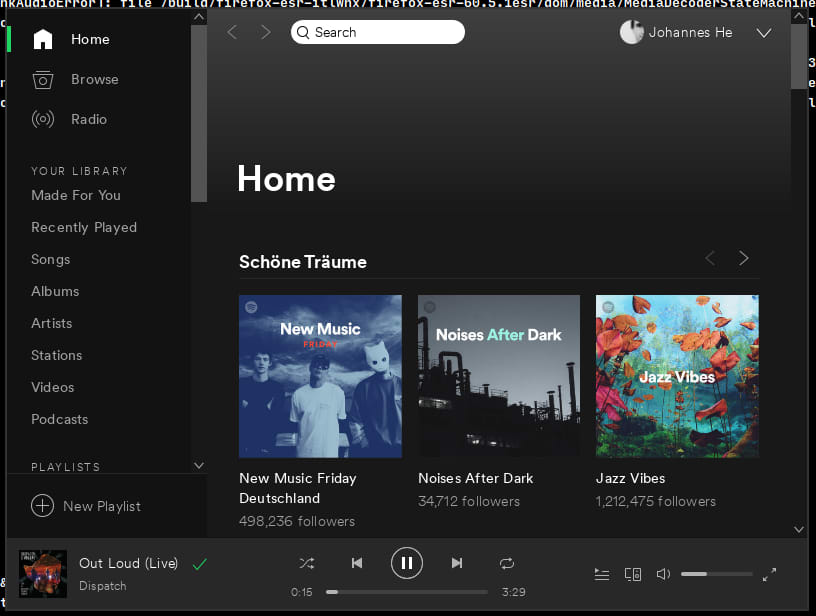 The following blogpost (and especially the github repository by the author) is very interesting when it comes to desktop applications running inside of containers: https://blog.jessfraz.com/post/docker-containers-on-the-desktop/

Run VS Code Remote Tunnels in a container

How to change your PHP version on Ubuntu 22.04

Remote Kubernetes jobs: How many are there? What do the trends suggest?

Once suspended, j6s will not be able to comment or publish posts until their suspension is removed.

Once unsuspended, j6s will be able to comment and publish posts again.

Once unpublished, all posts by j6s will become hidden and only accessible to themselves.

If j6s is not suspended, they can still re-publish their posts from their dashboard.

Once unpublished, this post will become invisible to the public and only accessible to Johannes Hertenstein.

Thanks for keeping DEV Community 👩‍💻👨‍💻 safe. Here is what you can do to flag j6s:

Unflagging j6s will restore default visibility to their posts.