In the past, I've shared my story how I've built my first SaaS application in 5 months. From this experience, I've learned a lot about the full-stack development. So, I took the opportunity to build a boilerplate for a SaaS application. My goal was to help other developers to build their own SaaS application faster.

The team support and multi-tenancy took me almost two months to build and I've almost rewrite the whole application to implement this important feature for SaaS application.

You can find a live demo at React SaaS Boilerplate demo to play around with the application. You can also check out the official Nextless website for more information. 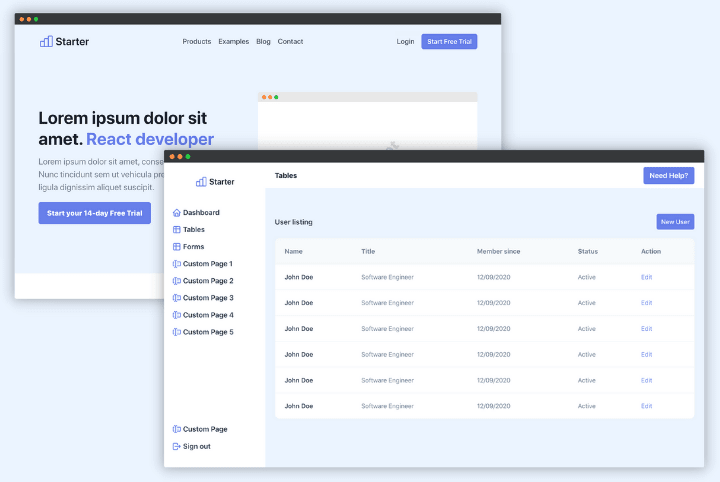 Good news! Even with this massive refactoring, all features are still working perfectly:

Like always, my goal is to help other developers to build their own SaaS application faster. So, they can start with the boilerplate and focus on their idea instead of losing time on boring configuration.

How to send events from a child to parent in Svelte

Once suspended, ixartz will not be able to comment or publish posts until their suspension is removed.

Once unsuspended, ixartz will be able to comment and publish posts again.

Once unpublished, all posts by ixartz will become hidden and only accessible to themselves.

If ixartz is not suspended, they can still re-publish their posts from their dashboard.