When you browse at school or work you probably have experienced some problems browsing in certain websites or using certain applications. Is a common practice to block some kind of pages on internet at work or school environment also they block another kind of traffic such as torrents, adult-content or they just permit web traffic, you school or work don't want you to browse sites they haven't approved.

Who wants to bypass a firewall?

There are some many types of users who wants to bypass a firewall for different reasons, this reasons could be:

This tutorial was made for informational and educational purposes only. I cannot be held responsible for any misuse of the given information. If you plan to use the information for illegal purposes, please leave this tutorial now.

In this tutorial we are gonna setup a VPN server, Proxy server and SSH server to bypass a firewall, normally some services are't blocked by the firewall such http, https, ssh and DNS it means that we can setup any service on these ports for example:

Each of these services have advantages and disadvantages and serves a specific purpose for example you can use ssh tunnel as sock proxy, forward ports through ssh tunnel using ssh port forwarding this is useful but in some application and mobile devices this method is not enough. Using a proxy y very useful if you only want to browse in blocked web pages. A vpn is the best solution to navigate without restrictions, it works on desktop and mobile devices, you can forward traffic from internet to client or make available a private subnet connecting client to client through VPS server using a gateway device such raspberry pi. In this tutorial I setup 2 vpns, wireguard and openvpn, in my personal opinion wireguard is better than openvpn but wireguard does't work with tcp protocol, that's why i set wireguard at 53/udp and openvpn at 443/tcp one advantage of openvpn is his protocol that utilizes SSL/TLS for key exchange so in a packet analysis will appears like https traffic.

For all services we need a virtual private server (VPS), this vps could be setup on any public cloud provider, in my case i chose aws because they offer one year of free trial on aws EC2.

The first step is create an account in aws, create a VPS, configure a key pair and security group. I choose ubuntu 20.04 with the following configuration. 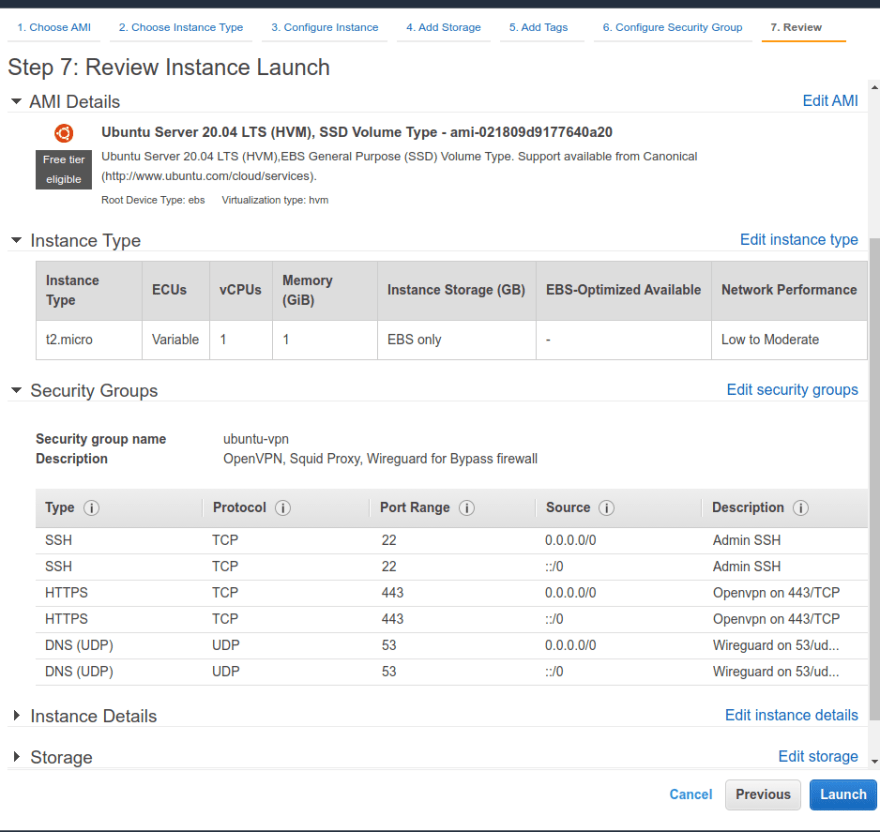 In order to avoid a change os ip when the VPS restart i recommend to associate a static ip address, this can be set in elastic ip option as shown in the following image 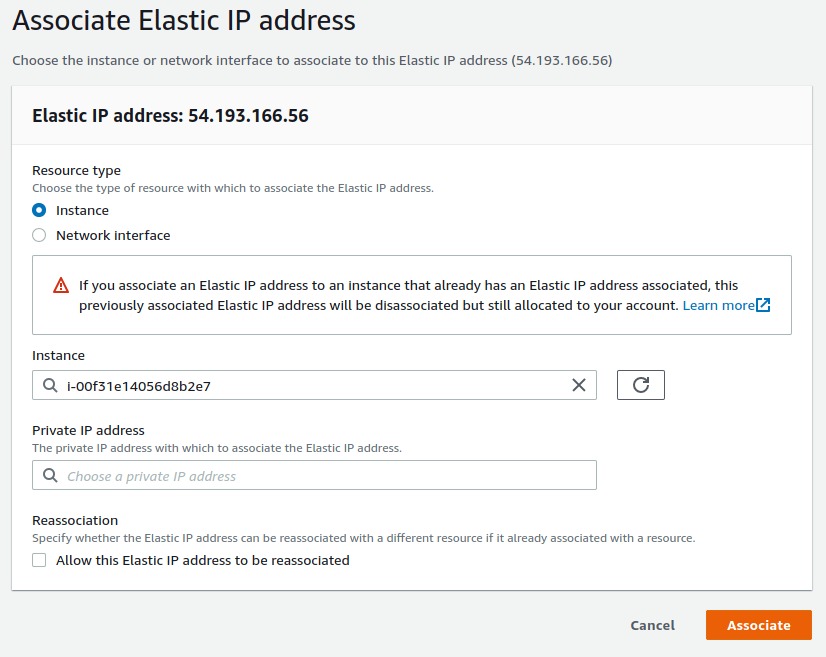 We need to download the key pair created steps earlier and move to ~/.ssh directory

Change file permissions to be only readable for user owner

fail2ban is a tool that helps to prevent automated brute force attacks in services exposed to internet.

Now you can setup port forwarding through ssh tunnels, check this tutorial to create a systemd service with ssh tunnel.

Squid is a http proxy, it can be configured on port 80 to bypass firewall.
Configure squid proxy to listen in port 80 and basic user authentication.

Now you can configure a proxy in your browser, system or phone.

Wireguard is modern VPN protocol that works on kernel-side, unfortunately only works on UDP ports and most of firewalls blocks outgoing udp connections except in some services such a DNS on 53/UDP so we'll configure wireguard to listen in 53/UDP.

First of all, we need to enable ip forwarding

Most of systemd based distros uses systemd-resolve to resolve dns queries, this is a problem if we want to setup wireguard to listen on 53/udp, so we need to disable systemd-resolve, first of all check what process is listen on port 53/UDP.

As we can see in the following image, the process who listen on port 53/UDP is systemd-resolve

Get server public key, replace this in <server_public_key> in ~/wgclients/template.conf file

Now you can check connection typing ifconfig.me at mobile web browser it will appears the server public ip address

OpenvPN is a vpn that uses a custom security protocol that utilizes SSL/TLS for key exchange so it could be set in HTTPS port since every web site uses SSL/TSL the firewall cannot block that port.

Configurations is showed in the following image 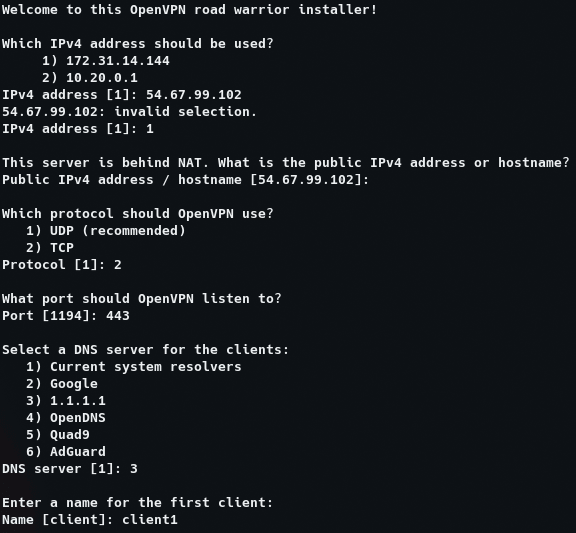 The client config file will be placed on /root directory, copy to home

Download config file to your pc and transfer to android app

These methods will work in almost all scenarios, please use them at your own risk because these methods can open a security breach in your work environment.

How to Create and Configure Your Kubernetes Service Account

Passed AWS SAP, Here's my 2 cents about it

Once suspended, ivanmoreno will not be able to comment or publish posts until their suspension is removed.

Once unsuspended, ivanmoreno will be able to comment and publish posts again.

Once unpublished, all posts by ivanmoreno will become hidden and only accessible to themselves.

If ivanmoreno is not suspended, they can still re-publish their posts from their dashboard.

Once unpublished, this post will become invisible to the public and only accessible to Ivan Moreno.

Thanks for keeping DEV Community 👩‍💻👨‍💻 safe. Here is what you can do to flag ivanmoreno:

Unflagging ivanmoreno will restore default visibility to their posts.