For a while now I have been toying with the idea of moving to Linux but there was always two factors that held me back:

Gaming on Linux was an absolute nightmare the last time i tried it a year ago but ever since the launch of steam deck a lot of light is being shined on the Linux gaming community, So hopefully my experience this time wont be as bad as the first.

I am planning to get over the adobe hurdle by running a windows virtual machine using vmware player.

The reason i didn't use KVM and qemu is that i use a laptop and have a [mux-less graphics architecture]{https://forum.level1techs.com/t/implications-of-muxed-muxless-laptops-for-gpu-passthrough/129165}

The reason i chose fedora over arch or debian is that arch is usually filled with bugs that would take me time to fix and debian's packages are quite out of date, also i wanted to test out gnome 42 when it comes out.

So, for the first day I just wanted to install fedora and also style the gnome desktop a bit.

The USB creation and installation went as smooth as i expected although the fedora anaconda installer is not as intuitive as something like calamaries.

After the installation, there was quite a bit of updates which i had to go through. Overall everything was smooth, I did have a slight audio problem after the update but it was easily fixed with a restart.

The next thing on the list was styling, this included installing a gtk theme , flatpak theme , icon theme , cursors , fonts and terminal prompt.

for the GTK theme i used a gtk4 backport, as i mentioned before i am very excited for the gnome 42 with gtk4 release therefore this seemed like a logical path to follow.

you can find the theme in [thid reddit post]{https://www.reddit.com/r/Fedora/comments/sd8v4o/guide_gnome_42_on_gnome_4041_while_you_wait_for/}

I also got it to install on flatpak with [stylepak]{https://github.com/refi64/stylepak}.

for the icons I used the [Whitesur icon theme]{https://github.com/vinceliuice/WhiteSur-icon-theme} because i really like the macos icons with their 3D effects, overall it just looks kinda cool.

As my terminal emulator i use [Hyper]{}, a terminal emulator made in javascript. it is not the fastest out there but it is just my preference. I might move to something a bit faster later on. For my terminal prompt i use [starship]{https://starship.rs/}. I will be writing a detailed article on starship later.

In the fonts face i use jetbrains Mono for the terminal.
I am thinking of useing apple fonts for the interface as i am already useing mac icons and cursor. 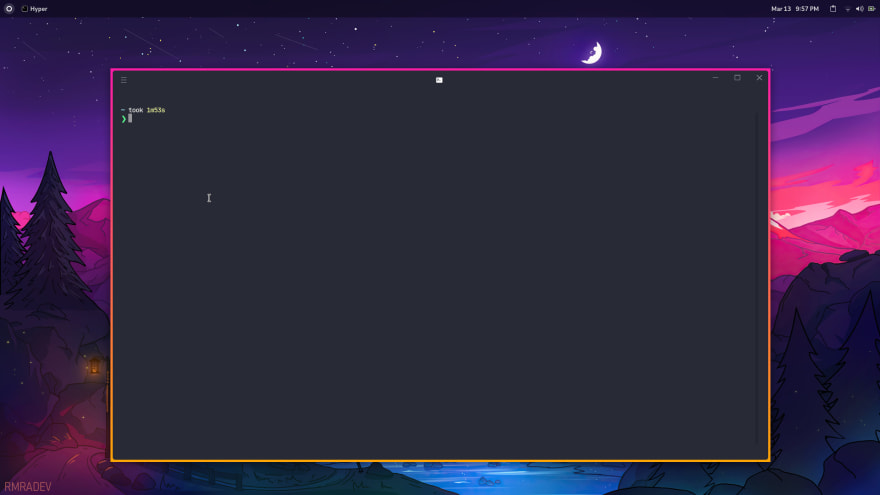 Overall im happy with how my set up turned out. I did do a bit more tweaking with extentions and configs later, I will try to share these tweaks later on. 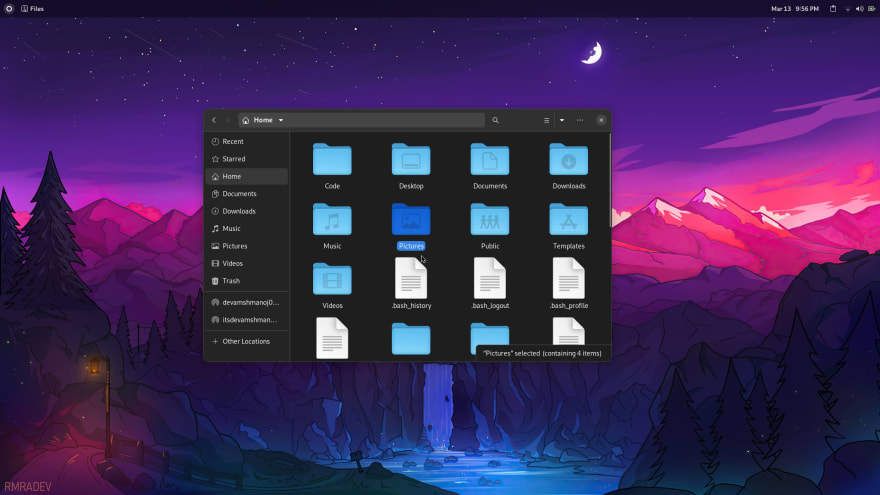 With that said hope you guys have a great day. Bye :)

Journal: The Story of My Imposter Syndrome

Once suspended, itsnoa04 will not be able to comment or publish posts until their suspension is removed.

Once unsuspended, itsnoa04 will be able to comment and publish posts again.

Once unpublished, all posts by itsnoa04 will become hidden and only accessible to themselves.

If itsnoa04 is not suspended, they can still re-publish their posts from their dashboard.

Once unpublished, this post will become invisible to the public and only accessible to Noa.

Thanks for keeping DEV Community safe. Here is what you can do to flag itsnoa04:

Unflagging itsnoa04 will restore default visibility to their posts.