User Experience (UX) Design is a buzzword right now. But what does it really mean? And why is it so important for companies? UX refers to the quality of an experience a person has as a result of the interaction with a website, app, device, or service. UX is important because it tries to fulfil the users’ needs, and helps companies to create a product or a service that is useful and satisfying. Doing so will increase the users’ engagement as well as the companies’ reputation and revenue. Therefore, UX design is important and what makes market leaders. Just look at Apple and Amazon: Apple was not the first to invent the smartphone, like Amazon was not the first e-commerce retailer, but they change the way we interact with these products and make them easy to use.

A company that follows a UX design philosophy is as concerned with the user satisfaction and enjoyment during every interaction with the company and its products, as it is with the physical look and feel of what it is selling. Since this UX focus leads to a much deeper understanding of the users, these companies are in a much better position to create products that fit the users’ needs. It saves the company for a lot of time and resources by not creating features that the users do not want, as well as it makes the users happy – and happy users are happy and returning customers.

What is the role of a UX designer?

UX designers are bridging the gap between the users, the development team, and key business stakeholders. The foremost job as a UX designer is to advocate for the end users and consider what is best for the user experience. Since UX has grown to be synonymous with good business, only those products or services that provide a seamless user experience will succeed on the market. With that, the demand for UX designers has radically increased, and as the technology market continues to evolve, UX designers are more crucial than ever.

How does a UX designer work?

A UX designer’s job can vary a lot from company to company and from project to project because different projects require different approaches. Despite the variety of the role as UX designer, there are some general steps a UX designer goes through, which is described in the five stages of Design Thinking: 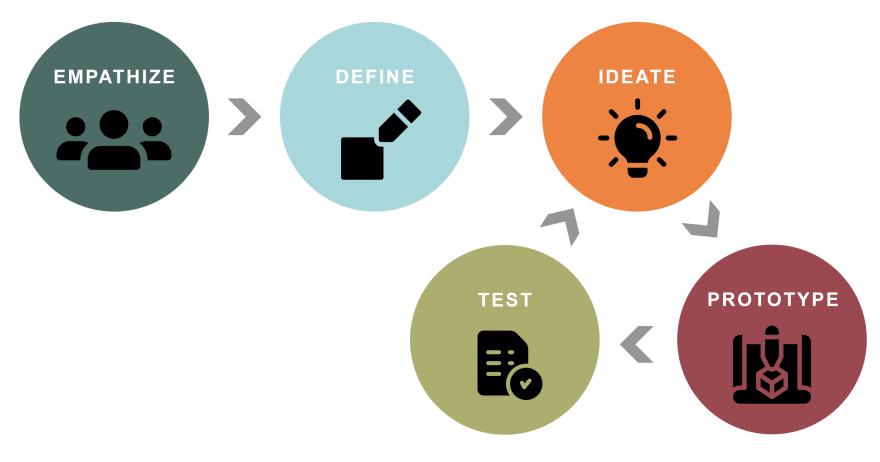 • The first stage is called Empathize: In this stage, the UX designer focus on researching the users and their behaviours, goals, and motivations through the use of interviews, surveys, and observations.

• The second stage is called Define: The aim in this stage is to state the users’ needs and problems by accumulate the information gathered during the Empathize stage.

• The third stage is called Ideate: During this stage, the UX designer starts to use the information from the previous stages to generate ideas. Brainstorming is useful to think outside the box, look for alternative ways to view the problem, and identify innovative solutions to the problem statement that was created in the Define stage.

• The fourth stage is called Prototype: In this experimental phase the UX designer works on creating a number of inexpensive products with specific features. The aim in this stage is to identify the best possible solution for each problem found.

• The fifth stage is called Test: This stage is about trying the solutions out. Although this is the final stage, Design Thinking and a UX designer’s work are iterative. It means the UX designer often will return to previous stages to find or rule out alternative solutions that can improve the user experience.