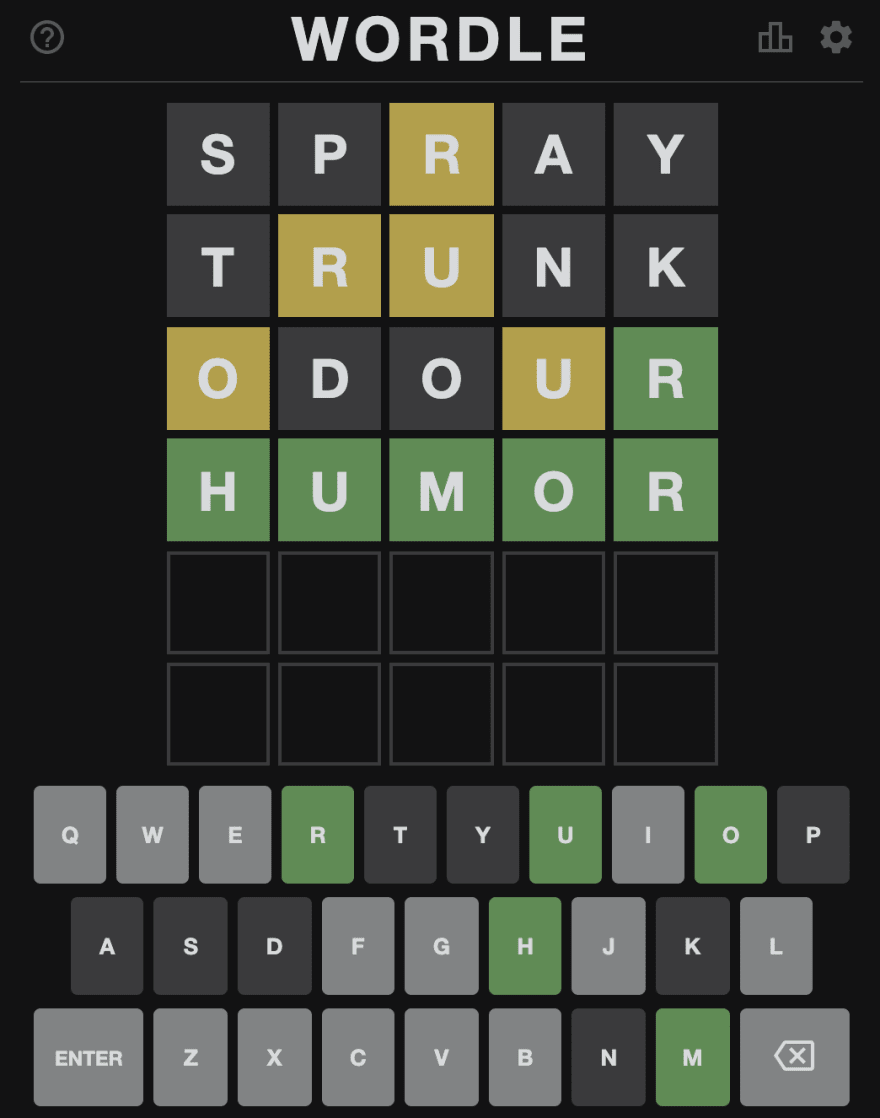 When I first came across this wildly fun word game, something about it felt familiar, and for a good reason. I created my own version of Wordle about 5 years ago.

Back in high school, everyone would play what we called "The 5 Letter Word Game" on our school whiteboards. Two players or teams would each come up with their own 5-letter word and keep it a secret. Then, just like Wordle, each team would take turns trying to guess the word. After each guess, the opposing player or team would circle or X out letters that they got right or got wrong respectively with different colored circles corresponding to correct placement or not.

Seems pretty familiar right? Well, for the final project for one of the first programming classes I ever took, two friends and I decided to digitize the game. Students could log on to the school computers and connect with their friends using their IP address to play. The online interface made it so that we didn't have to spend time thinking about X-ing out and circling the right letters, the game did it for us, so we could play much faster. To say it was popular would be an understatement. My classmates and I played until we graduated. It was my first truly successful programming project and one of the reasons why I started believing in the idea that I could be a software engineer one day.

This was long before I knew about software hosting on websites such as Github, so although I had a copy of the repository holding the blood, sweat, and tears that went into the creation of the 5-Letter Word Game on my laptop for many years, somewhere along the way I lost it. The only remnants I have of the game is a clipping from a paper I wrote about the project.

A few days ago it was announced that Wordle, which began as a Covid side project, was purchased by The New York Times for a price "in the low seven figures." I couldn't help but laugh to myself that perhaps in another universe, my 5-Letter Word Game could've taken off just like that. Moral of the story: You're never too young or too inexperienced to create something awesome. All you need is a great idea, and you never know...you might have the next Wordle on your hands.

What is JavaScript Strict Mode?

Once suspended, isabellabond will not be able to comment or publish posts until their suspension is removed.

Once unsuspended, isabellabond will be able to comment and publish posts again.

Once unpublished, all posts by isabellabond will become hidden and only accessible to themselves.

If isabellabond is not suspended, they can still re-publish their posts from their dashboard.

Once unpublished, this post will become invisible to the public and only accessible to Isabella Bond 💫.