Modules also provide reusability of code. If you find that functions which are more frequently used you can write that into one module and use that module where ever you need.

Here we create the one module name ‘greet’ and there are two functions in it. Let’s see how you can get these functions into another module.

Import statement
The import keyword is used to get the function definitions into another module. To use the functions we use dot(.) operator. We will import the module ‘greet’ that we just created.

from … import … Statement
If you want to import some specific object you can use from … import statement. See the belo code.

from … import *
If you want to import all the objects of the module then you can use below syntax.

When Python interpreter encounters import statement, it searches for that particular module in built-in modules that are already in Python, if it’s not found then looks in the current directory in which the module is present. In the last, it searches in the installation-dependent directories configured at the time Python is installed.

Note: To make sure that the module is found in the script that you are writing, keep module and script in the same directory.

Packages
Packages are the directories containing multiple modules and sub-packages. In computer, to organize your files you put them in folders, so you can easily access them. You make an organized hierarchy of directories to maintain the files.

In the same way, packages are helpful in organizing your modules and scripts. When you are working on a large application, It contains lots of modules. So it is easy to put similar modules in one package and different module in a different package.

Note: To initialize a package, it should contain a file called init.py in order for Python to understand it as a package. This file can be left empty but it generally it contains initialization code. But in Python version 3.3, it is not necessary for a package to have init.py file. it can still be present if package initialization is needed. But it is no longer required. 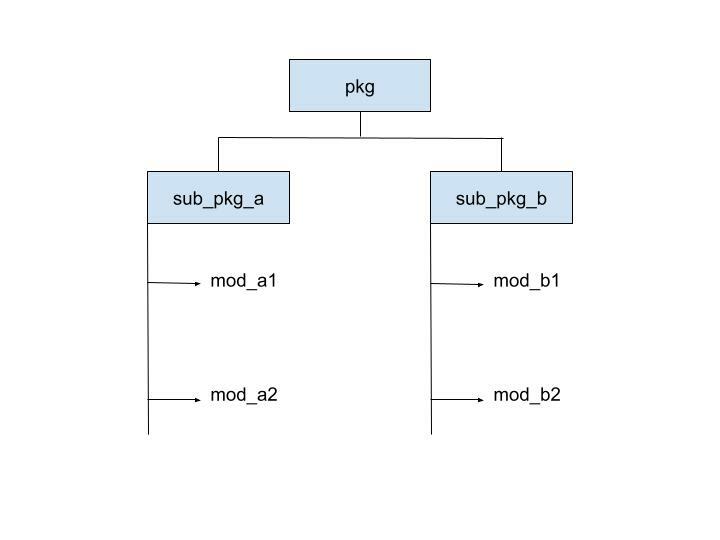 You can use the dot(.) operator to access function inside the sub-packages and modules inside them.

Once suspended, introschool will not be able to comment or publish posts until their suspension is removed.

Once unsuspended, introschool will be able to comment and publish posts again.

Once unpublished, all posts by introschool will become hidden and only accessible to themselves.

If introschool is not suspended, they can still re-publish their posts from their dashboard.

Once unpublished, this post will become invisible to the public and only accessible to Introschool.

Thanks for keeping DEV Community 👩‍💻👨‍💻 safe. Here is what you can do to flag introschool:

Unflagging introschool will restore default visibility to their posts.